Pacquiao on Marquez III: ‘I thought I won the fight’ 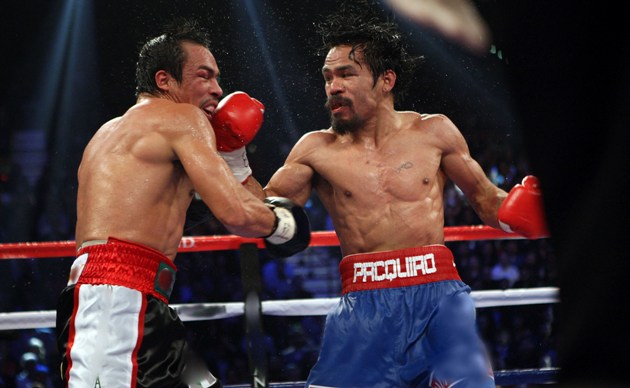 Manny Pacquiao and Juan Manuel Marquez are sharing their thoughts from training camp with HBO as they enter their HBO Pay Per View-televised fourth fight slated for Dec. 8 at the MGM Grand in Las Vegas.

In November, Pacquiao (54-4-2, 38 knockouts) scarcely won a highly disputed majority decision over Marquez (54-6-2, 39 KOs), with whom he has also battled to a draw and won a previous split decision.

In this training blog distributed by HBO, Pacquiao recalled his third bout with Marquez:

MONDAY, NOV. 26: When we decided to fight Juan Manuel M├írquez for a third time, I was really excited. Freddie Roach and I had been hearing him complain for years about the decision in our second fight, and Freddie told me this would be a great opportunity to ‘Shut M├írquez up for good.’

“A definitive victory in this third fight would end our trilogy with emphasis. We started training camp in the high altitude of Baguio in the Philippines, and then moved to the Wild Card in Hollywood. From the first day or training Freddie and I thought we would beat M├írquez.

“I was bigger than he and I had defeated better, stronger opponents since our last fight. We also underestimated him. He was in great condition, as usual, but he also looked stronger. Maybe cutting urine out of his diet agreed with him? But he did not hurt me.

“What really surprised me was he seemed to anticipate every move I made in the first rounds of the fight. It was frustrating, because he was dictating the pace and style in many of those early rounds. I knew I had to drastically change my plan for the remainder of the fight, and I threw strategy out the window and became the aggressor.

“M├írquez is an excellent counter-puncher, but I was still the faster and stronger fighter, and I just went after him every chance I could. Freddie kept telling me three things between rounds – ‘Keep your lead [right] foot outside of M├írquez’s. Pressure M├írquez, and Knock him out.’ 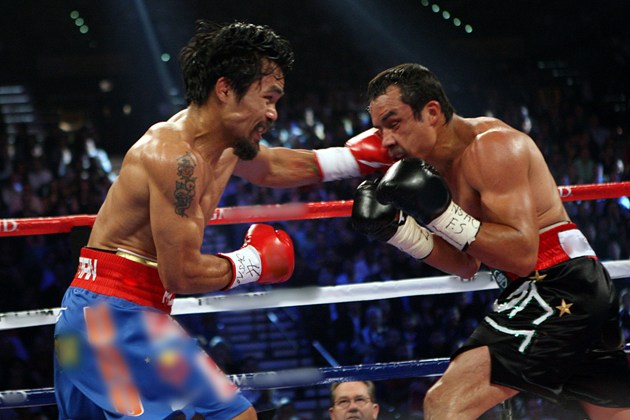 “The plan seemed to work. After the eighth round, I felt the fight really turned around in my favor, and Freddie and I thought I swept the final four rounds. M├írquez had no meaningful response to my attacks. He barely fought in the 12th and final round

“I was not surprised I won the decision. I thought I won the fight. M├írquez wants to blame others for losing the decision, but he didn’t do anything except run the last half of the fight. I brought the fight to him. I made the fight.
If I had fought the same style of fight he fought, there would not have been a fight at all.

“There would have been no action. It’s funny, when I got back to the dressing room I thought ‘That finally settles that. I won’t have to fight Juan Manuel M├írquez again.’