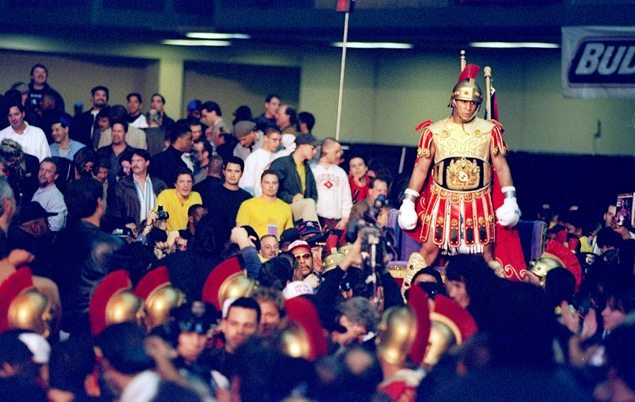 Another larger-than-life boxing icon is gone in a year that has seen many of the sport’s most influential and charismatic participants pass away. Few personalities were as colorful as Hector Camacho, who was declared clinically brain dead on Thursday after being shot in the face in his native Bayamon, Puerto Rico, on Tuesday night.

Camacho was taken to the Centro Medico trauma center in San Juan where he was listed in critical condition. The scrappy southpaw’s condition stabilized and it looked for a brief time that the retired 50-year-old boxer would survive, however he suffered a cardiac arrest early Wednesday that basically ended his life. 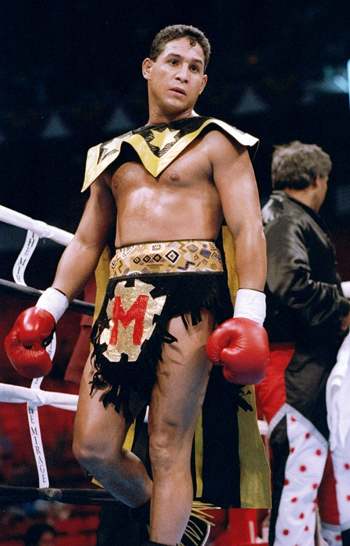 The former three-division titleholder was taken off life support on Saturday morning and boxing lost one of its most talented boxers and entertainers of the past 30 years.

Camacho was a natural showman whose flamboyant “Macho Man” persona ignited and polarized boxing fans as effectively as Floyd Mayweather’s “Money” schtick, but beneath the flash and attitude was talent and skill easily on par with Mayweather. Who knows how good – even great – Camacho could have been had he not let fast life get the better of him during his prime.

The Harlem, N.Y., bred-Puerto Rican was gifted with breath-taking speed and reflexes that when combined with his marvelous skills and boxing intuition often resulted in thrilling knockouts and dominant performances over top-notch opposition early in his career. His superb footwork frustrated his opponents and sometimes the fans when he employed more lateral movement than they wanted to see in a prize fight.

Even when past his prime, Camacho — who had a penchant for dressing up in festive, sometimes outlandish, costumes for his ring walk-ins — still made for huge boxing events, including two pay-per-view main events against Julio Cesar Chavez in 1992 and Oscar De La Hoya in 1997.

He lost both fights, but went the distance with the undefeated hard-punching titleholders (Chavez was 81-0, De La Hoya was 25-0) – as he did with young Felix Trinidad (22-0 at the time) 1994 – proving that he had a world-class chin and underrated toughness to go with his talent.

Camacho won major titles at junior lightweight, lightweight and junior welterweight in 1980s, during which he went undefeated in 36 bouts. His peak years were from 1983-’85 when he beat up Rafael “Bazooka” Limon to a fifth-round stoppage (for the vacant WBC 130-pound title) and dominated Jose Luis Ramirez en route to a unanimous decision (for the WBC’s 135-pound belt).