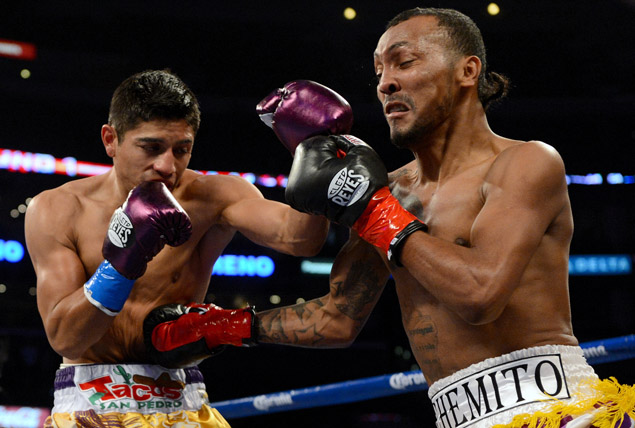 LOS ANGELES – Abner Mares proved against the likes of Yonnhy Perez, Vic Darchinyan and Joseph Agbeko that he is an elite fighter. On Saturday night, against master boxer Anselmo Moreno, he proved he’s special.

This was the toughest assignment of Mares’ young career. Moreno was on some pound-for-pound lists because of his unusual combination of quickness and defensive skills, which has made the vast majority of his opponents look foolish.

A legitimate question going in was: Could Mares cope with such a will of the wisp? The answer was an emphatic, “yes.”

Mares dominated the fight because he imposed his will on Moreno, who had some success sticking and moving but ultimately couldn’t escape the intelligent pressure Mares brought from start to finish before a pro-Mares crowd of around 7,000 at Staples Center.

Given Moreno’s reputation going into the fight, Mares’ dominance was astounding.

“My pressure was definitely the difference,” Mares said. “I felt good, I felt strong. He gave me hell. I took some great punches, but I kept him backing up.

“I didn’t want to let a guy who has so much finesse get comfortable.”

Moreno (33-2-1, 12 knockouts) is the type of fighter who hits you twice or three times and disappears before you can respond. You swing at a lot of air when you fight this confounding Panamanian. 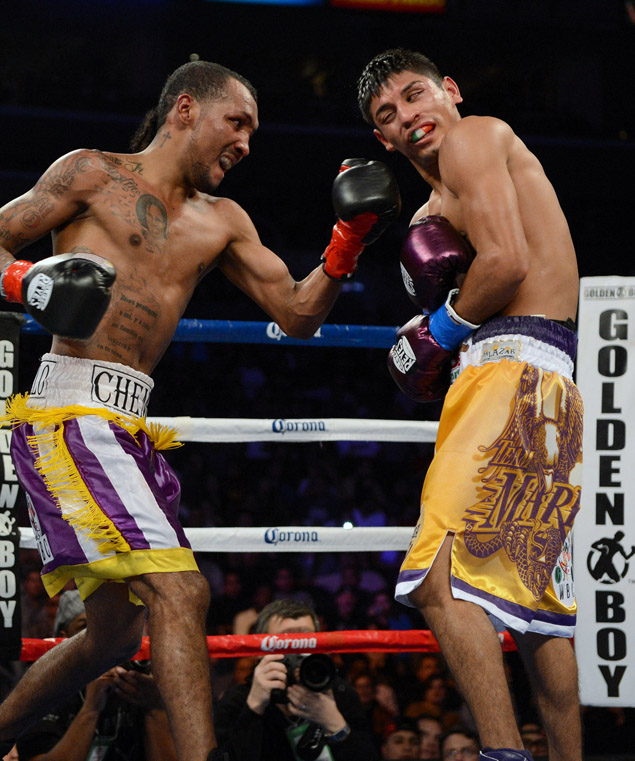 Mares took some sharp blows and punched the air on many occasions because of the elusiveness of Moreno, who wanted nothing to do with Mares on the inside. Mares connected on only 23 percent of punches (195 of 850), according to CompuBox. Moreno landed 27 percent (192 of 708).

However, Mares (25-0-1, 13 knockouts) cut off the ring with some consistency to land more than enough hard, eye-catching shots to both the body and head, the latter with a wild-looking overhand right he threw dozens of times in the fight. One of the rights put Moreno down in the fifth round.

Mares just wouldn’t let Moreno do his thing, which made for the surprisingly one-sided result.

“You know that I’ve fought every style out there,” said Mares, who also had an outstanding amateur career. “It’s just a matter of adjusting, finding the right game plan. Tonight I adjusted to Moreno’s style. I saw that pressure was the key.”

Said Moreno: “He just stayed on top of me. He’s a great champion.”

What’s next? Mares knows who he wants: Filipino-American star Nonito Donaire, which would be a one of the most-compelling possible matchups in boxing and a chance for Mares to enhance his legacy.

The problem is that Mares and Donaire fight for rival promotional firms Golden Boy and Top Rank, which generally don’t do business with one another.

“Oscar (De La Hoya) said he would go to (Top Rank President) Bob Arum’s door to make the fight,” Mares said. “I’ll go myself and knock on Arum’s door for the sake of boxing and boxing fans. That’s the only fight for me.”

Richard Schaefer, CEO of Golden Boy, was asked at the post-fight news conference how he could get negotiations started.

“Having a dialogue is the main thing,” he said. “I don’t think negotiating through the press is the way to go, but we’re prepared to go that route too. The fact is we want to get it done.”

The fans undoubtedly feel the say way, particularly after Mare’s performance on Saturday.