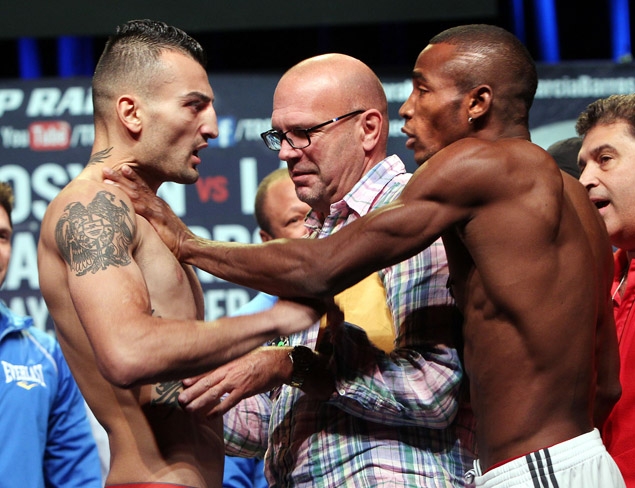 A 26-year-old resident of Glendale, Calif., Martirosyan (32-0, 20 knockouts) is a native of Armenia and former member of the 2004 U.S. Olympic team whose past includes amateur victories over Timothy Bradley, Jr., Austin Trout and Andre Berto.

Martirosyan also has a seventh-round TKO of over Saul Roman as well as a stoppage victory over Troy Lowry, the latter being Martirosyan’s sixth knockout win in his past nine fights.

A native of Cuba who fights out of Houston under trainer Ronnie Shields, Lara (17-1-1, 11 KOs) hails from a Cuban amateur national team that included Yuriorkis Gamboa, Guillermo Rigondeaux and Odlanier Solis.

A gold medalist in the 2005 world championships, the 2006 Central American Games and the 2007 Pan American Games Qualifier, Lara’s lone setback was by disputed majority decision to Paul Williams in July of 2011.

Since falling to Williams, however, Lara, 29, has scored a first-round knockout over Ronald Hearns, as well as a decision over Freddy Hernandez.

The Martirosyan-Lara winner is to be in line for a bout opposite WBC titleholder Saul “Canelo” Alvarez, who is 41-0-1 with 30 knockouts.

A resident of Oxnard, Calif., Garcia, 24, returns to a Las Vegas ring for the first time in four years, having won 13 of his past 14 bouts by knockout. 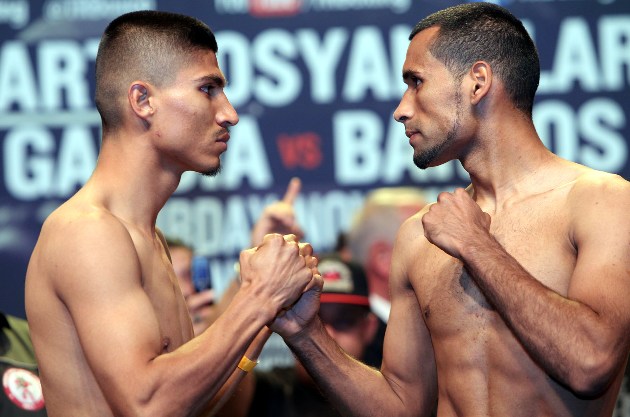 Garcia is trained by his father, Eduardo Garcia, and co-managed by his brother Robert Garcia, a former IBF junior lightweight champion.

A native of Argentina, Barros, 28, has gone the distance with Gamboa, and knocked out Irving Berry in the seventh round for the WBA’s featherweight belt.

Barros defended his title twice, the last time with a unanimous decision over Celestino Caballero. Barros lost his rematch and was dethroned by Caballero, and is looking to rebound from a loss to IBF junior lightweight titleholder Juan Salgado in August.