Gausha, Breazeale are eager to make their names in pro ranks 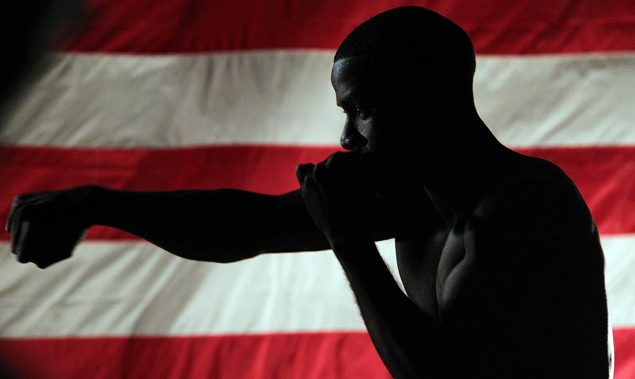 The days of U.S. Olympians being household names before they turn pro are long gone but two members of the 2012 squad, Terrell Gausha and Dominic Breazeale, have unique surnames that could prove to be catchy among the public if they can string together enough televised victories in the paid ranks.

Gausha, a middleweight from Cleveland, Ohio, and Breazeale, a heavyweight from Alhambra, Calif., are two of the five 2012 U.S. Olympians signed by influential manager Al Haymon that will turn pro on a ShoBox: The New Generation card headlined by Gary Russell Jr. on Friday.

Despite disappointing performances at the London Games, both fighters are confident that they will have successful pro careers and accomplish at least enough for people who follow the sport to not only recognize their last names but pronounce and spell them correctly.

Gausha, who lost a highly disputed decision to Vijender Singh by one point in his second bout of the Games, says he’s used to people mispronouncing his last name. Even amateur boxing officials often pronounced his name “gow-sha,” which is wrong. It’s pronounced “guh-shay.” 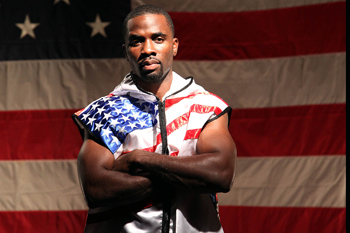 “Everybody outside of my family gets it wrong,” Gausha told RingTV.com after conducting a promotional photo and film shoot for Showtime on Tuesday.

He’s used to hearing the wrong pronunciation, so it doesn’t upset him. The same logic held true for his Olympic experience. He’d seen enough poor decisions in amateur boxing to know that he could suffer a raw deal – even in the most important tournament of his career.

“There was no bitterness,” Gausha said. “I was cool. I didn’t even think about it after the fight. Don’t get me wrong, I was disappointed. I trained hard to win a medal, but I couldn’t be surprised because I’d seen it happen all the time.

“Even great fighters, like Evander Holyfield and Roy Jones Jr., had to deal with bad calls in the Olympics. I was just grateful to be able to represent the USA at the Olympics. That was my main goal when I started boxing.”

Gausha says he always planned to turn pro, but he did not want to do so until he made an Olympic team.

“One goal couldn’t go without the other,” he said. “I just missed making the 2008 team but remained in the amateurs because I wanted to be part of the Olympic tradition so bad. I wanted people to recognize me as an Olympian. I wanted them to be proud of me, and they are, even though I didn’t get a medal.”

None of Gausha’s male teammates won a medal, either, causing many to brand their Olympic squad the worst in U.S. history. However, for Breazeale, just making the team was an amazing accomplishment.

The high school and college football standout didn’t lace on a pair of gloves until he was 23.

“I was recruited into the All-American Heavyweight program in Carson, Calif., in June of 2008,” Breazeale told RingTV.com. “I had already graduated from college, and was married with a son when I started boxing. My degree was in criminal justice and I had planned to work in the county sheriff’s department. I only agreed to try boxing because the All-American program paid me a stipend, so I saw it as a way to stay in shape and bring in some money while waited for my background checks to go through with the county.”

Breazeale soon discovered that he had promise as a boxer. He won the California Golden Gloves tournament and took bronze in the U.S. amateur championships in 2011 before qualifying for the Olympic Trials by winning the U.S. championships earlier this year. 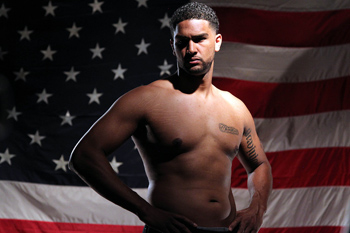 “When somebody tells me I can’t do something, I want to prove them wrong,” said Breazeale, whose last name is pronounced like the South American country, Brazil.

People often spell it that way along with other variations that are woefully incorrect.

“My last name gets butchered all the time,” he said. “Hopefully, people will learn how to spell it if I make a name for myself as a pro.”

Gausha and Breazeale believe they will eventually make names for themselves but they have slightly different timelines to that goal.

By contrast, the standouts from the 2008 squad – including Russell, Demetrius Andrade and Olympic heavyweight bronze medalist Deontay Wilder – are still prospects.

“I’ll leave it up to my manager but I think can be moved faster than the 2008 Olympians,” said the 25-year-old boxer-puncher, who faces Dustin Caplinger (2-3, 1 KO) on Friday. “I stared boxing when I was 10. I had 170 amateur bouts. I had seven World Series of Boxing bouts without headgear. I could have turned pro four years ago. I’m ready. Nobody needs to baby me.”

Breazeale, who fights Curtis Tate (4-3, 4 KOs) on Friday, doesn’t want to be babied either, but the athletic 27-year-old boxer also understands that he is a work in progress.

“The most important thing my trainer (John Bray) and I want is to be active against guys of my caliber,” he said. “I’m still learning. I want to fight at least once a month and establish what my strong points are and get rid of my bad points.

“I think a year and half is adequate time to do that, and then we can look at stepping up my competition.”

Breazeale expects an added degree of attention and scrutiny being an American in an era in which world-class heavyweights from the U.S. are a rarity.

“I haven’t had my first pro fight and fans are already telling me to go out and win the heavyweight title,” he said with a chuckle. “They tell me to do it for the sport in America. They say if an American is the heavyweight champ the entire sport will get more attention in the U.S.”

Gausha says he welcomes that kind of pressure.