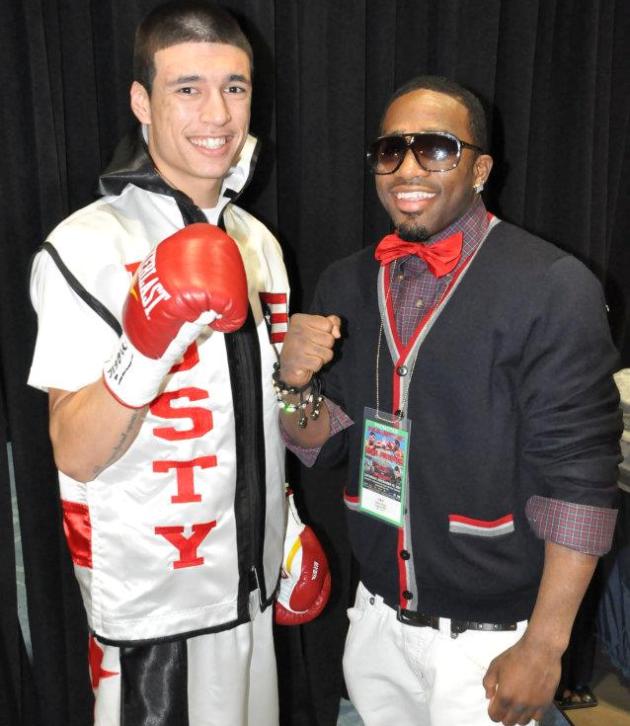 Unbeaten welterweight Dusty Harrison, of Washington, D.C., is a talented fighter who may be on the cusp of breakthrough recognition.

A nearly 6-foot-1, 18-year-old son of an Irish father and a Puerto Rican mother, Harrison characterizes most of his friends as being African American even as he regularly attracts an ethnically diverse D.C.-based following when he fights.

Harrison (10-0, 6 knockouts) has been counseled by the legendary Bernard Hopkins, as well as Hall of Famer Mark “Too Sharp” Johnson, and has stood shoulder-to-shoulder with Golden Boy Promotions President Oscar De La Hoya and HBO’s ringside scorer, Harold Lederman.

Although he graduated with a solid B-average from Thomas Stone High School while living with his mother, Lynda Hernandez, in Waldorf, Md., Harrison resides permanently at the Naylor Gardens Apartments in Washington, D.C., where he regularly hears gunshots and witnesses shootings and other violence.

Harrison lists the Peterson brothers, Lamont and Anthony, as not only his neighbors, but also his mentors. 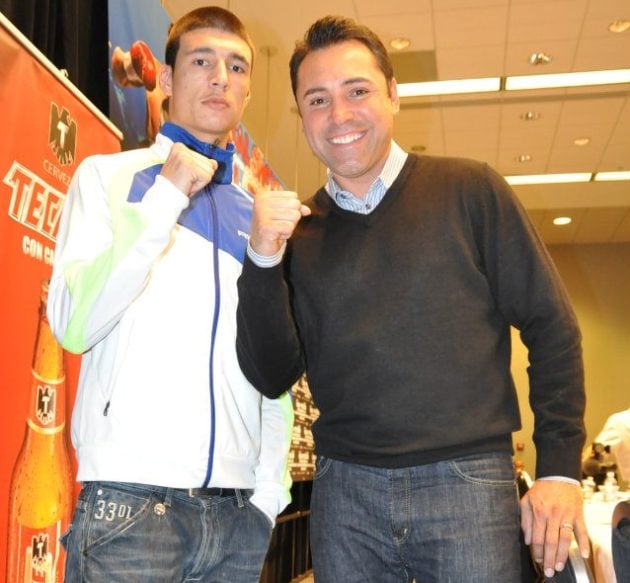 When Lamont, 28, dethroned then-IBF and WBA beltholder Amir Khan by split decision in December of last year, Anthony, 27, scored a decision over Daniel Attah on the undercard, and Harrison scored three knockdowns during an eventual first-round stoppage of Terrell Davis.

Since then, Harrison’s relationship has grown with the Peterson siblings, who grew up fending for themselves in the streets of Southeast Washington, D.C., starting at the ages of 5 and 6, after their father was jailed on drug charges and their mother was left to care for seven children.

Like the Petersons, with whom he often spars, Harrison has similarly learned from the life of crime his father and trainer, Buddy, once led before cleaning up his act in the early 1990s.

On Saturday, Harrison made his seventh appearance at the Washington Convention Center, dropping his opponent in the first and third rounds of an eventual third-round stoppage over Nalo Leal.

Harrison improved his record at The Convention Center to 7-0, with six knockouts, and eyes a return to the venue for his next fight on Dec. 8 opposite Tim Witherspoon Jr. (8-3-1, 2 KOs), of Philadelphia.

Click here for a video of round one of Harrison vs. Leal.

Click here for a video of rounds two and three of Harrison vs. Leal.

Harrison shared his thoughts on his life and his budding career in this Q&A with RingTV.com. 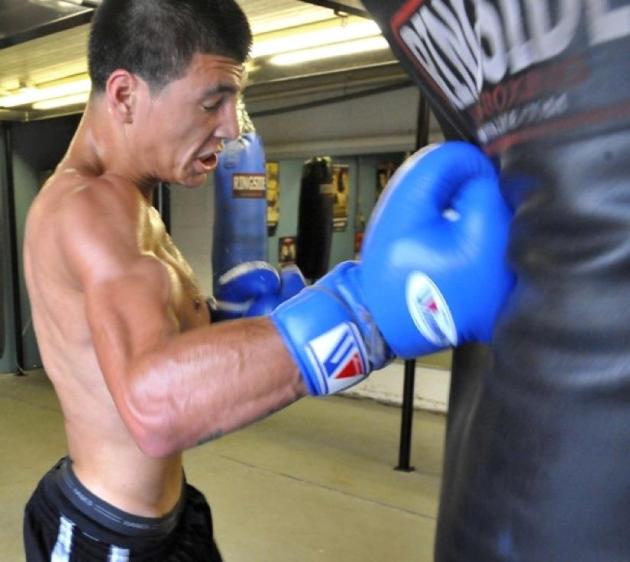 RingTV.com: What city were you actually born in?

DH: That’s where I live. I mean, growing up, it was of a neighborhood than it is now. I mean, it’s starting to get better, but it’s still not good.

So it’s still not all the way good, but it’s great compared to how it was a few years ago. I’ve been same apartment since I was born, Naylor Gardens.

RingTV.com: Do you grow accustomed to the environment, the gunfire?

DH: You really do, you know. Like, even when it happened the other day, we sat out and watched the ambulance come and get him.

RingTV.com: I understand that you have a car, when did you get that?

I still haven’t done too much to it. I want to save up and do some things, like, you know, put a nice radio in it. Not too much though. 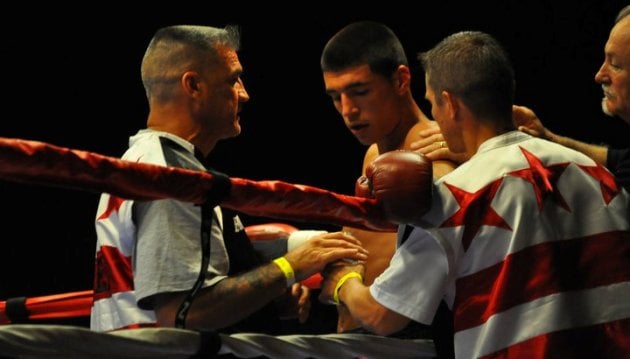 RingTV.com: Do you have your own apartment in Naylor Gardens?

DH: Yes, it is now. My dad and my mom bought it in 1992 when he got out of jail. When he got home from the penitentiary. He was in for armed robbery.

RingTV.com: What did you learn from your father’s experiences that will prevent you from going down the same road that he did?

DH: He’s always guided me since I was young to just stay out of trouble and to not do what he did. He didn’t want me to get into the streets like he did. You tend to listen to somebody who has been through it rather than somebody who hasn’t.

RingTV.com: How close do the Peterson brothers, Anthony and Lamont, live to you?

DH: They live two apartments down the street from me.

RingTV.com: Have you sparred with them or have they been an influence on you?

DH: I think that the big influence that they had on me was on the night that Lamont beat Amir Khan. I was just as happy as if I had won, and just to see the whole crowd representing Washington, D.C.

They were cheering and just going crazy. We had a world champion, and ever since then, we’ve actually gotten much closer. I talk to them every time that I see them.

I go over to their gym a lot now. But I think that the biggest influence that they had on me was that night, when we all fought and we all won on the same card. Seeing Lamont Peterson win the world title was really big.