From the pages of THE RING Magazine: A new perspective

Veteran referee Joe Cortez understands the frustration of fans who can’t understand how judges arrive at some decisions, a glaring problem that has reached a crisis point in recent months.

The difference between Cortez and those who complain idly is that he believes he has a solution.

Cortez’s concept – which he calls Cortez 20/20 – is simple, yet one wonders whether it could revolutionize judging for both boxing and mixed martial arts: Elevate the judges.

The idea is to have the judges sit a few feet behind their current positions but on eight-foot stools, with their heads about three feet higher than those of the fighters. You might compare it to a chair umpire in tennis. 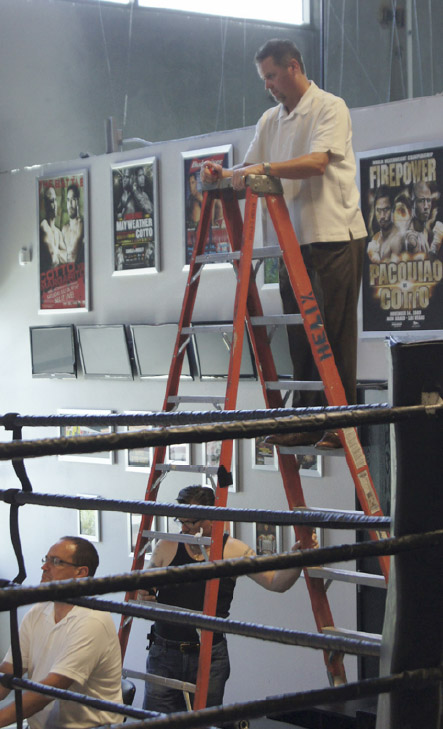 From that perch, the judges theoretically would have a better view of the action because obstacles – the ropes, the ref, sometimes bright lights – would no longer be a factor.

“I judged fights in the past,” said Cortez, who is in the International Boxing Hall of Fame. “I remember the lights bothered me, the ropes got in the way, the ref would walk in front of me. I remember thinking then, ‘This isn’t the best position for a judge.’

“Then, years later, I built a ring at my house. I do seminars there. I put in a balcony to get a better view and thought, ‘This is a much better view.'”

Thus, Cortez decided the concept of elevating the judges was worth exploring. And he wanted to do it right.

Cortez decided the best way to determine whether his idea was practical was to conduct a study. He invited eight experienced judges to watch a four-round boxing exhibition from both the traditional and elevated positions and provide feedback on their perspectives.

For example, the judges who rotated into the first standard position indicated: They were unable to see clearly 17 punches in the first round, 7 in the second, 16 in the third and 13 in the fourth.

The judges in the elevated position on the same side of the ring reported much fewer punches they could not see clearly: 1 in the first round, 2 in the second, 1 in the third and 1 in the fourth.

The experience was startling for the judges.

“At first I was a little skeptical,” said Mark Weinberg, an amateur judge with more than nine years of experience. “That is until I got up there and saw the perspective from the elevated position compared to the normal position. It was like night and day. The old saying is ‘you can’t judge what you can’t see.’ It was never more true here.

“I find myself bobbing and weaving to get a clear view (in actual fights). The positioning of the boxers, the ref, sometimes the lights ÔÇª all that comes into play. And there’s the media and the hoopla surrounding the judges, which also can be a problem.

“Being elevated up there, all by yourself, there are no distractions whatsoever. It’s not perfect. I wouldn’t say I saw 100 percent of the punches. I saw 98 percent, though. Did I walk away a believer? Big time.”

As Weinberg said, elevating the judges isn’t a perfect solution. Cortez acknowledges that.

One flaw would seem to be the tall chair itself (see the accompanying diagram). It obviously would obstruct the view of some spectators. To address that problem Cortez has enlisted a manufacturer to construct the chairs with transparent acrylic. 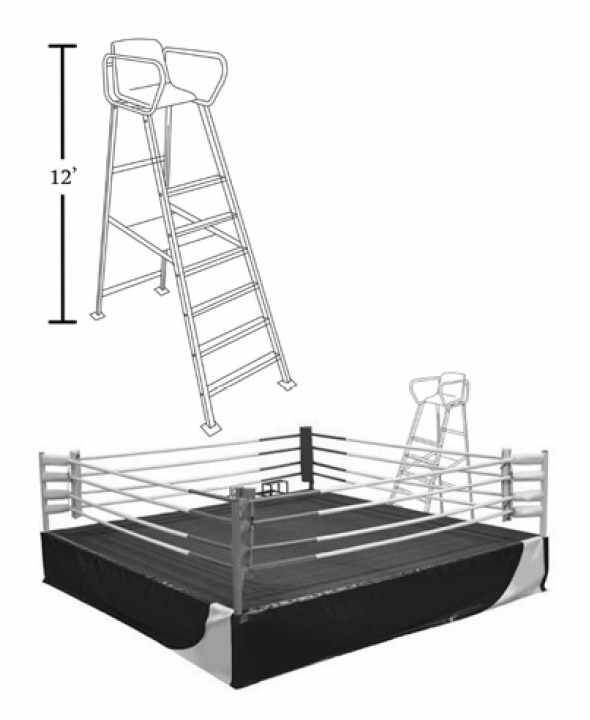 A perfect solution? Probably not. But it would hardly seem to be a deal killer.

Of course, Cortez hopes that the various commissions in the United States and beyond will agree that elevating judges will allow them to see the action more clearly and, as a result, reduce the number of controversial decisions.

Cortez, who lives in Las Vegas, plans to present his findings to the Nevada State Athletic Commission.

“There is so much demand now to fix the problem with judging,” he said. “Some of the scores are so outrageous that people are saying they’ll never watch another fight. Something has to be done.

“I’m hoping commissioners, promoters, managers and fighters around the world will see this as a solution and want to implement it as soon as possible. No fighter should lose his title because a judge can’t see.

“I was blessed to be inducted into the Hall of Fame in 2011. The sport has been good to me. I want to give something back. I want to help restore trust and integrity to our sport.”

“Why is a lifeguard’s chair elevated? Why is an umpire in tennis elevated? Because it’s easier to see the action.”

THE NUMBERS
Referee Joe Cortez wanted to determine whether judges could see the action more clearly if their chairs were elevated. To do so, he had judges score a four-round exhibition from standard and elevated positions and provide feedback. The judges rotated into six positions ÔÇö the three standard positions and three elevated positions a few feet behind them ÔÇö so that six judges worked each round. Cortez had them press a counting device when they were unsure whether a punch was a scoring blow. Here are the figures from each position: 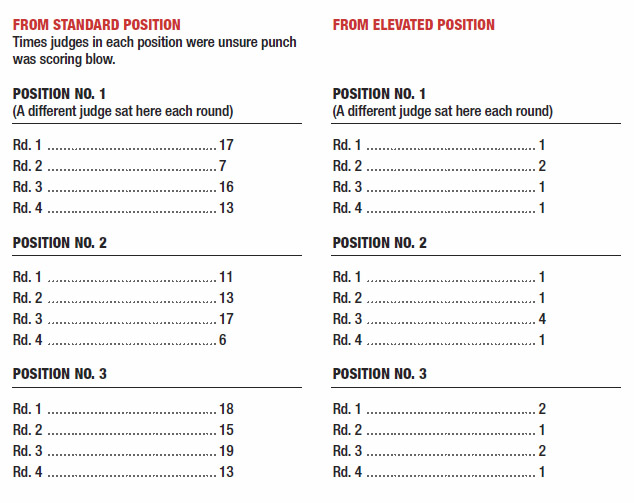 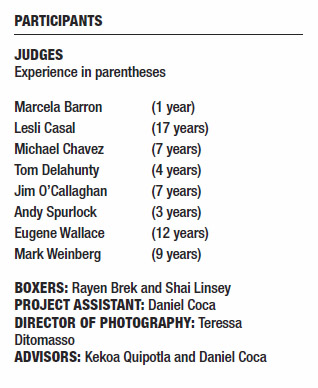