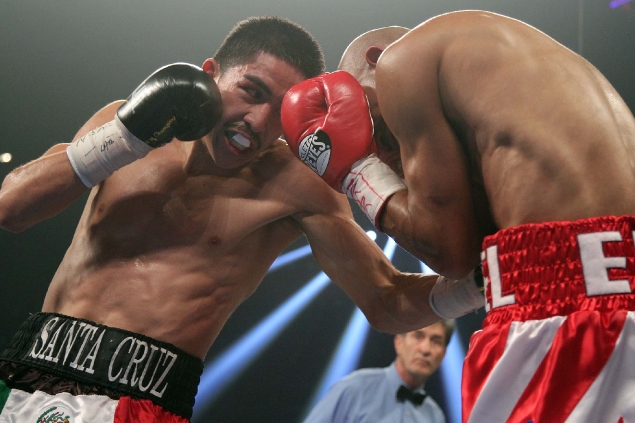 IBF bantamweight titleholder Leo Santa Cruz, of Lincoln Heights, Calif., will make the second defense of his belt on Nov. 10 against Mexico’s Victor Zaleta, ownner of a four-bout unbeaten streak.

Promoted by Golden Boy, Santa Cruz-Zaleta will be part of a show that will be televised from The Staples Center in Los Angeles at 10 p.m. ET/PT, being delayed on the West Coast.

“Leo Santa Cruz is going to do whatever he can to keep his title and remain undefeated, but I know Zaleta is coming to fight. This is going to be a toe-to-toe battle that fans are not going to want to miss.”

In his last bout, the 24-year-old Santa Cruz (21-0-1, 11 KOs) scored a sixth-round TKO over Eric Morel, stopping the now-retired veteran for the first time in his career on Sept. 15.

“I am so happy to be defending my title in front of a hometown crowd at Staples Center,” said Santa Cruz. “I feel like I can really conquer anyone after my fight in September against Eric Morel, so Zaleta had better come prepared.”

Zaleta is 20-2-1 with 10 knockouts, and is 3-0-1 with one stoppage in his past four fights, last suffering defeat by unanimous decision in February of last year to WBO junior bantamweight titleholder Omar Narvraez.

“This fight is something I have waited for since I started fighting,” said Zaleta. “I am going to take advantage of this opportunity, become a world champion and make my name known.”

Also scheduled to be a part of the event is a bout between Mexican junior middleweight contender Alfredo Angulo, currently of Coachella, Calif., and twice-beaten Raul Casarez, of Edinburg, Texas.