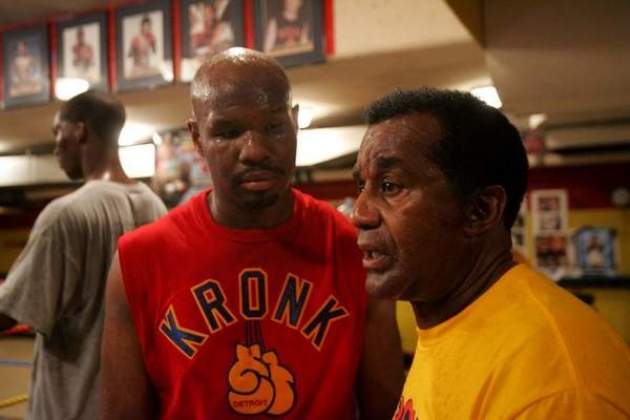 Heavyweight contender Johnathon Banks is on the verge experiencing perhaps the two, biggest moments of his boxing career, if not, his lifetime.

A resident of Detroit, Mich., Banks, 30, has been charged with training RING IBF, WBA and WBO heavyweight champion Wladimir Klitschko (58-3-1, 51 knockouts) for his Nov. 10 defense against Polish-born challenger Mariusz Wach (27-0, 15 KOs) in the wake of the passing of Klitschko’s former trainer, Emanuel “Manny” Steward, who died on Thursday at the age of 68.

Before Steward passed away, however, Banks learned that it had been the legendary, two-time Trainer of The Year, himself, who had instructed Klitschko to allow Banks to take his place.

Steward was last in Klitschko’s corner for the champion’s 16th straight victory and his 12th knockout during that run when he scored a sixth-round knockout of Tony “The Tiger” Thompson in a July rematch of Klitschko’s 11th-round stoppage of Thompson in July of 2008.

A longtime sparring partner for Wladimir Klitschko and his older brother, WBC heavyweight beltholder Vitali Klitschko, Banks (28-1-1, 18 KOs) is taking on Mitchell in a bout that was originally scheduled for July 14, but which was pushed back as a result of Mitchell’s having strained his right hand.

The 6-foot-3 Banks is 8-0-1 with four knockouts in his past nine bouts, last falling by eighth-round stoppage as a 200-pounder to former light heavyweight and cruiserweight titleholder Tomasz Adamek in February of 2009 at Prudential Center in Newark, N.J.

During his unbeaten streak, Banks has fought five times in Germany, once each in Poland and Switzerland, and once each in America.

In his last two appearances on American soil, Banks won a majority decision over Javier Mora in Los Angeles in September of 2009, and, a unanimous decision over Julius Long in Flint, Mich., in July of last year.

Considered by many to be America’s best hope at ending the country’s drought of champions in a division dominated by the Ukrainian Klitschko brothers, Mitchell, 30, will be after his 24th straight win and his 11th consecutive knockout against Banks — his last two triumphs being early-round KOs of Timur Ibragimov and Chazz Witherspoon in December and April, respectively.

Meanwhile, Banks has been the chief sparring partner for Wladimir Klitschko since 2004, initially helping him to prepare for a fifth-round, technical decision victory over DaVarryl Williamson in October of that year.

The victory over Williamson helped Klitschko to rebound from a fifth-round knockout loss to Lamon Brewster in April of 2004 and sparked his current winning streak.

Yet when they meet at the at the O2 World Arena in Hamburg, Germany, the 6-6 Wladimir Klitschko will be looking up at an opponent for the first time in his career in the 6-7 1/2 Wach, of North Bergen, N.J., whom Steward considered to be a difficult rival. 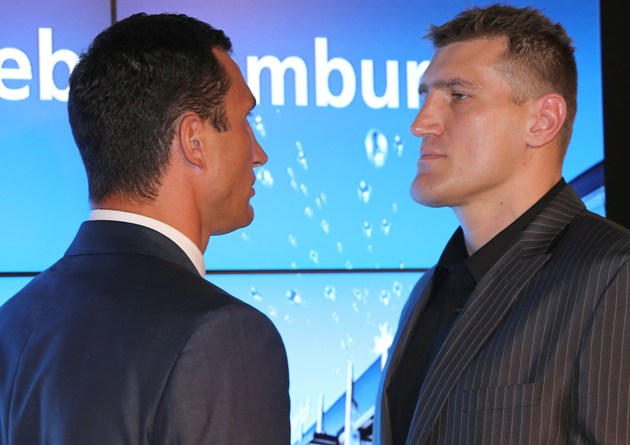 “Wladimir told me that ‘this is the first time that I’m fighting somebody who is taller than I am,'” Steward told RingTV.com in August.

“He looks solid, and he said that he’s taller than he was, and that’s all that he told me. He said it’s the first time that this has ever happened. He said we’re going to have a hard time finding sparring partners that tall.”

Reached in Austria, on Sunday, Banks, who is trained by Steward’s nephew, Sugar Hill, shared his thoughts about Steward, Klitschko and his upcoming clash with Mitchell in this Q&A.

RingTV.com: What are your thoughts on the fact that you are being charged with taking over Wladimir’s corner for Emanuel Steward?

Johnathon Banks: This is for Emanuel Steward. That’s my whole focus point. I’ve always wanted to be up under the guy, but I didn’t think I would ever be able to.

I not only wanted to be up under him, but to gain his respect. But to be asked to be his replacement, that’s an unbelievable honor.

Ours was always like a father-son relationship. I’ve been around the guy since I was 15 years old. It was just a great relationship.

Never had a falling out or an argument or anything like that. It was a beautiful relationship. He really, really respected me and my opinions about a lot of things.

Because he has so much more experience over me over the course of his life, and over everything. So, it was always just a beautiful situation.

RingTV.com: How did your name surface as the replacement?

JB: Well, in the hospital, that’s when Wladimir asked him. He said, “who should I get to train me?” That’s what Wladimir told me.

Then he said that the first name out of Emanuel’s mouth was, “Johnathon.” So that just knocked me off my feet right there. I was like, “wow, okay.”

RingTV.com: What were your thoughts on Saturday night’s HBO video tribute to Steward?

JB: I have to be honest with you, I didn’t get through it. I couldn’t. Honestly. I just went on and said that I’ll have to watch it later. So it’s really difficult.

You have to realize that he’s not going to walk through the doors of the gym right now. That’s something that’s really, really difficult to realize right now. 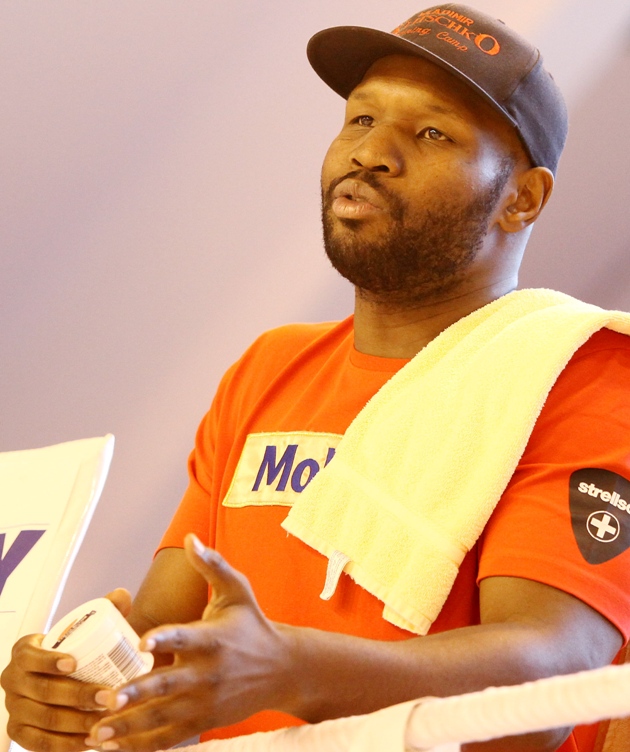 RingTV.com: After working with Klitschko, how are you going to handle the segue into your fight with Mitchell the following weekend?

JB: Wladimir and I have always been on two, separate training schedules any way when we were in camp together. We train twice a day.

I’ll just go before him, and then, by the time he gets there, I’ll have finished working out, and then, I can train him. But that’s how it’s always been. By the time Wladimir walks in, I’ll be finished with my training.

RingTV.com: Will you continue to also spar with Wladimir as you train him and prepare for Mitchell?

JB: I’m pretty sure that Wladimir will have separate sparring partners. As a matter of fact, I’m pretty confident that he will.

RingTV.com: Have you had your first session as Wladimir’s trainer yet?

JB: I’ve been here for a week, so, defiitely. When I got here, I started it.

RingTV.com: Who is your trainer?

JB: Sugar Hill, which is Emanuel’s nephew. I always had both of them, but when Emanuel couldn’t be there, Sugar Hill was there. So I’ve been with Sugar Hill for years.

RingTV.com: Being that you will still be in Germany a week prior to facing Mitchell in America, will there be any problem transitioning to the five-hour difference and the change in time zones?

JB: I’ll be in Atlantic City the Wednesday or Thursday before the fight [with Mitchell,] but I’ve never had a problem with it.

Being Wladimir’s sparring partner, I’ve always gone back and forth several times, so I know that I won’t have any problems with it.

RingTV.com: How does Mitchell compare to the opponents you’ve faced, including Adamek?

So, Seth is going to be a challenge because he’s big, strong guy. He comes forward, he loves to punch, and he loves to knock people out. So, that’s what’s going to make it a really, really good fight. 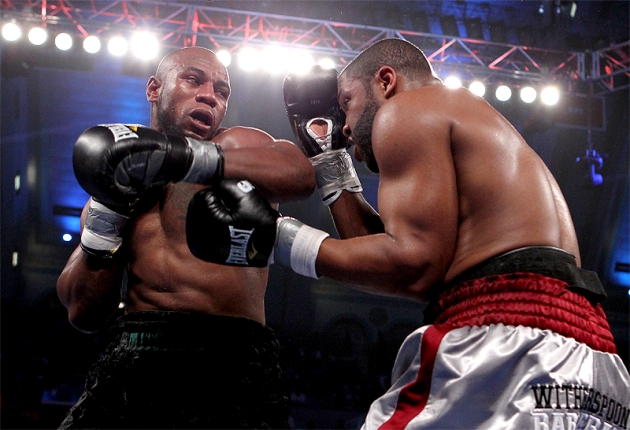 RingTV.com: Although you are a month younger than Mitchell, are you, potentially, the craftiest and most troublesome fighter he will have faced?

JB: Personally, I feel that I bring a lot of experience and that may be one of the highest opponents that he will have faced as far as determination and skill level.

But when the bell rings, that kind of goes out the window. What matters is what do that night. So we all have to look at our opponents’ records and our opponents’ attributes.

We have to look at what our opponents have done up to this point. But at the same time, you can’t let that affect you too much, mentally.

Because the truth of the matter is that it’s going to come down to what happens on that particular night. That’s the main thing.

So, he’s coming to do it again. That’s his main goal, and that’s what I’m paying attention to. I’m looking at what his main goals are, not his previous goals.