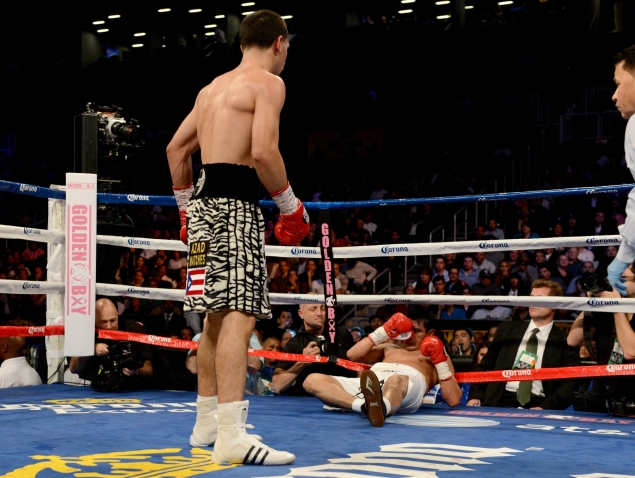 RING, WBA and WBC junior welterweight champion Danny Garcia already is being targeted for a Jan. 19 return to action at Barclays Center in Brooklyn, where the 25-year-old scored Saturday night’s Showtime-televised fourth-round stoppage of Erik Morales, according to Golden Boy CEO Richard Schaefer.

“The fact is that we are looking at a return of Danny Garcia for January 19 from the Barclays Center, and we are currently looking at two possible opponents,” said Schaefer.

During Saturday night’s post-fight press conference, however, Schaefer said that ex-titleholder Zab Judah (42-7, 29 KOs), could be next for Garcia.

A southpaw from Brooklyn who turns 35 on Oct. 27, Judah once held the RING, WBA, WBC and IBF welterweight belts as well as the WBO and IBF junior welterweight crowns.

Judah was last in the ring in March, when he destroyed previously undefeated Vernon Paris with a ninth-round stoppage. Judah was at ringside for Garcia-Morales II.