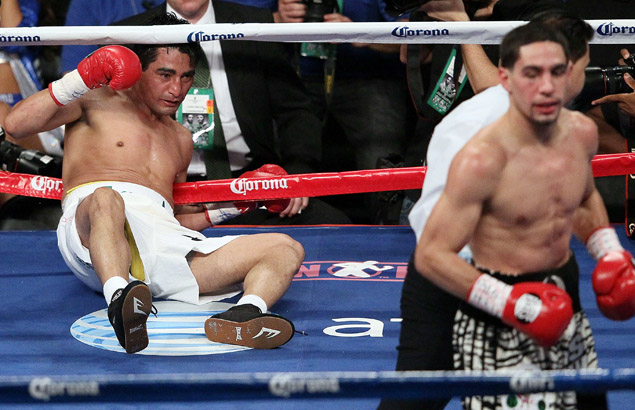 BROOKLYN — RingTV.com caught up to trainer Angel Garcia during the post-fight press conference on Saturday after his son, Danny Garcia, had scored a fourth-round stoppage of Erik Morales in defense of his RING, WBA and WBC junior welterweight belts at Barclays Center.

But whether or not the rematch would happen was in doubt until Saturday morning after Angel Garcia had threatened to pull out of the fight following a drug testing controversy.

Morales had failed a United States Anti-Doping Agency (USADA) pre-fight screening, and Angel Garcia was adamant that his son would not fight.

Only after a third sample returned negative from a test administered on Wednesday, and after separate early morning meetings with Morales and his wife, Maritza Garcia, did Angel Garcia allow his son to enter the ring.

“Danny wasn’t supposed to fight. They had made up their minds that he wasn’t going to fight. But in the morning, I started thinking,” said Maritza Garcia.

Angel Garcia spoke to RingTV.com about the development in this brief Q&A.

Click here for a video interview with Angel Garcia.

RingTV.com: Can you discuss your early morning conversation with Morales?

Angel Garcia: We went down to an office. We met somewhere, and he asked me what we could do and what could be done to make this fight happen.

At that time, I told him that there was nothing that he could do to make this fight. No amount of money in the world you can give us. Nothing. So I walked out of the room. I left. 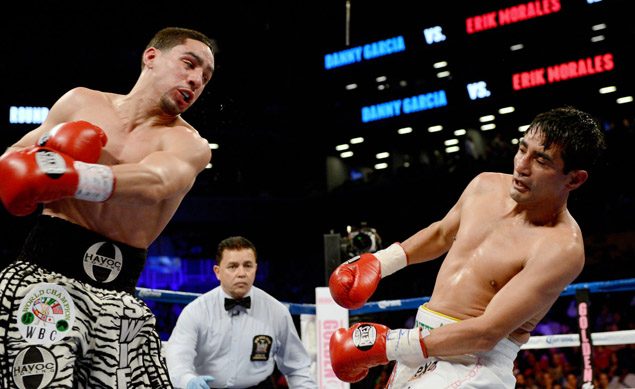 RingTV.com: How long was the conversation?

Excuse the words, but that he wasn’t doping. But listen, I go by what the urine said. I mean, it wasn’t a high dose, but it was still in your urine, and you’re trying to say that it was from the meat that he ate in Mexico or whatever.

But it’s bad in America. We’re not in Mexico or China. This is America. They found it in his urine, so it’s banned in America by the federal government.

RingTV.com: How would you characterize the mood of his appeal?

He was very sad and disappointed and surprised I guess, but he’s never dealt with a person like me. He never dealt with people like me or Danny. I’m saying the way that I think. I’m not being arrogant, but I’m not stupid. I’m jut being me.

I’m not that kind of man to be just blind. It takes more than that, and my family means everything to me. More than money to me. 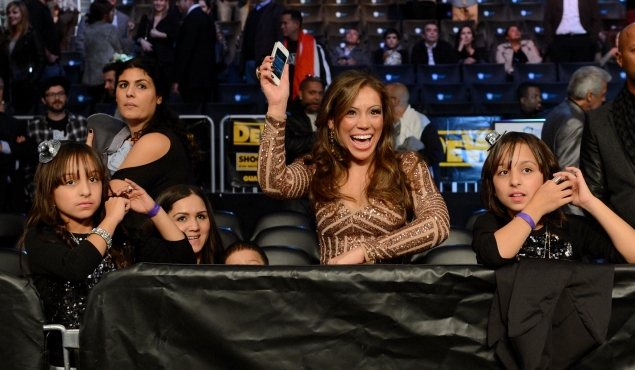 RingTV.com So you then went to your wife?

AG: Well, then, I got up in the morning, and I went and had a conversation with my wife, man to woman, and I started to explain to her the situation. I didn’t just go and say, ‘what do you think? Should we fight?’

By the end of the conversation, she said, ‘let him fight.’ So I went back to Danny and said, ‘we’re fighting.’ So then we went back into our switch, mentally, and we switched back over.

I had kept him resting all that night too. I kept him eating and resting. In the mind, it was up and down. There is a God, no doubt about it. We work on his time. So whatever he’s about, I’m down with it. That’s it.