Canelo tells GBP he wants Mayweather, Cotto or Martinez next 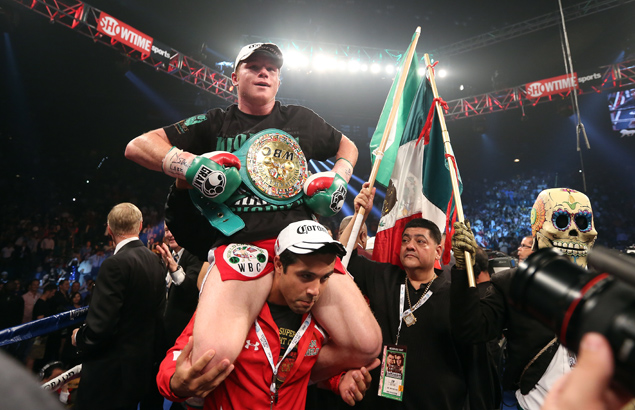 WBC junior middleweight titleholder Saul “Canelo” Alvarez has informed RingTV.com that he has directed Golden Boy officials during a meeting in the company’s Los Angeles office on Thursday to launch an all-out effort to make his next fight on May 5 against either Floyd Mayweather Jr., Miguel Cotto or Sergio Martinez.

“Yesterday, we had a meeting with the people at Golden Boy Promotions, and we agreed to fight on May 5, and it’s going to be against Maravilla Martinez, Miguel Cotto or Floyd Mayweather, in that order,” said Alvarez, who is coming off last month’s Showtime-televised, fifth-round knockout of Josesito Lopez, through translator Ramiro Gonzalez.

“All I did is put out there on the table the fights that I wanted, and it’s up to Oscar and Richard,” said Alvarez. “They have to call Lou DiBella, Gaby Penagaricano, and they have to call Al Haymon for Mayweather. But my wish, and what I told them, is that I’m ready to fight either of those three fighters.”

Alvarez said that Schaefer, De La Hoya, Golden Boy matchmaker Eric Gomez and his own handlers and co-trainers, Chepo and Eddie Reynoso, were present at the meeting. 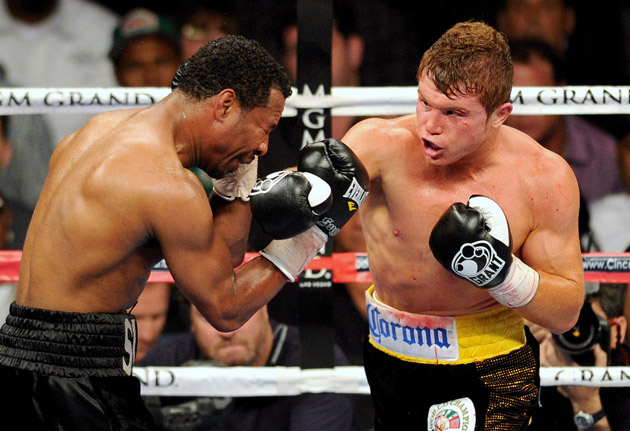 “I’m not going to fight in December. I’m going to fight in May. May and September [Mexican Independence Day Weekend] will be my dates, because I’m a Mexican, and those are the dates that I want,” said Alvarez, who is 41-0-1 with 30 knockouts.

“So right now, it’s up to Richard, and it’s up to Oscar with whom they have to deal. But they know, without a doubt, that I want one of those three names. I’m ready for those guys and that’s it.”

Alvarez, 22, said the step up is not a reaction to talk that he has not faced top-notch competition.

“These are the fights that I’ve wanted. I don’t care and I don’t pay attention to the criticism, because in boxing, like I’ve said before, people can say this and say that. This is all from me. It’s my own wish to fight those guys, and my promoter has the right to get it done and to make those fights, which are the best fights for me.”

The match up attracted 1.04 million viewers for the live telecast, surpassing Bernard Hopkins’ majority draw with light heavyweight Jean Pascal in December of 2010 for the highest viewership. 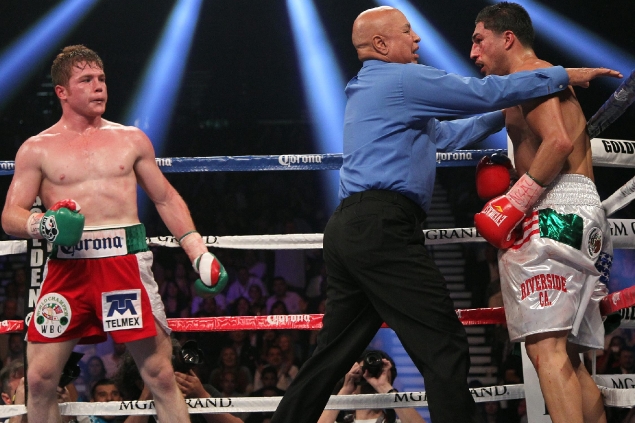 Alvarez said that beating Mayweather, Martinez or Cotto would help him to achieve his goal of being considered among the sport’s best fighters, pound-for-pound, and not just among its most popular.

“I want to be the best, not just one of the best. That’s why I am choosing to fight one of those guys. So by fighting one of those guys, I want to test myself and to prove who Canelo is. I am very grateful and humbled that my Mexican fans supported me and backed me up during the fight with Lopez at the MGM Grand Arena on Sept. 15,” said Alvarez.