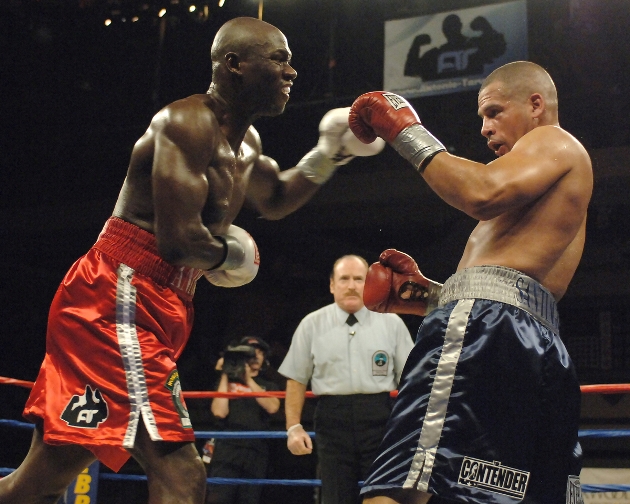 The California State Athletic Commission on Monday voted, 4-to-1, to uphold the year-long suspension it imposed on former light heavyweight titleholder Antonio Tarver as a result of his positive test for the banned anabolic steroid drostanolone.

A regular Showtime commentator, Tarver, 43, came up dirty following a post-fight drug test administered by the CSAC after his draw with Lateef Kayode on June 2 at The Home Depot Center in Carson, Calif.

Tarver was suspended for a year and fined $2,500 of the $1.1 million purse he earned for facing Kayode. In addition, Tarver-Kayode will be “reflected as a no-decision.”

The banned substance was identified as drostanolone, and Tarver unsuccessfully appealed that his sentence be shortened to six months.

“The Commission heard both sides of the issue and upheld Mr. Tarver’s suspension I think the commission’s actions speak for itself,” wrote CSAC executive director Kathi Burns in an e-mail to RingTV.com.

“It’s well known that the Commission has among the toughest anti-doping standards in the world, and that we have zero tolerance for doping.”

During the hearing, which could be viewed on the CSAC’s website, Tarver said that he was “totally shocked and surprised and taken aback by the results of that test,” adding “I never had to cheat or take a short cut.”

Tarver indicated that the positive result may have come as a product of a medication that was given to him by a doctor the day prior to facing Kayode in order to ease the pain of an ankle injury that he suffered in training.

“I’ve been boxing competitively for over 30 years, from the amateurs up into the pros, and one thing about being an Olympian is that it’s about sportsmanship, and I feel that my mom raised me right. She’s always told me that if you lie, you steal, and if you steal, you cheat, and I take pride in that and in raising my kids as well. I have a son who I’m glad to say has taken an interest in boxing, and my daughter…she’s a performer as well,” said Tarver, delivering an impassioned more than six-minute long speech.

“But more than anything, Daddy is sort of, like, they admire me and they look up to me for all of the things that I’ve accomplished and done through hard work and committment and dedication. Boxing has been my life, and I would like to think that I represent my sport, which I love, very, very well. I can truly say that if it wasn’t for boxing, I don’t know where I would be coming from a drug-infested neighborhood where I had every reason the reason in the world to fail, and to quit and to give up. Boxing was my lifeline, and I take the sport very, very seriously.”

But commission members argued that Tarver did not disclose the injury to the organization before the fight, nor did he take responsibility for having the substance in his body or prove that the test was wrong.

A boxing broadcaster, Tarver did not work his customary role for a June 23 Showtime-televised main event during which Josesito Lopez upset ex-welterweight titleholder Victor Ortiz by ninth-round knockout at the Staples Center in Los Angeles.

“It has been a disheartening four months where I’m indefinitely suspended from Showtime, a job in during which I’m allowed to work with my peers,” said Tarver.

“It says a lot when your peers, from guys like Manny Pacquiao, Shane Mosley and Floyd Mayweather even, these guys have respect you. I’m big on respect. Right now, I’m asking for an opportunity to reclaim whatever respect that before I ride off into the sunset.”

Tarver described himself as “a recovering addict” who has “been drug free for over 25, 30 years,” adding, “I know that the drug that I had to beat and defeat, nothing other than a standup guy could have the intestinal fortitude to do that.”

“I’m 43 years old, and I’m on the way out. There’s no turning back the hands of time and trying to turn back the hands of time, you know what I mean? I’m on the out. To go out like this is very disheartening, because I have no idea how this test came back positive. I will go to the end to try to prove my innocence…I don’t even know if I’ll ever fight again,” said Tarver.

“But it’s just that when you have that black cloud over your head, you’ve got fans. You go to the local boys and girls club and you try to build a foundation for the inner city kids, and you want to represent your sport and yourself for that matter in a positive light. To be handicapped and crippled with this black cloud is deterring in so many ways to a man who has given his life to the sport of boxing.”