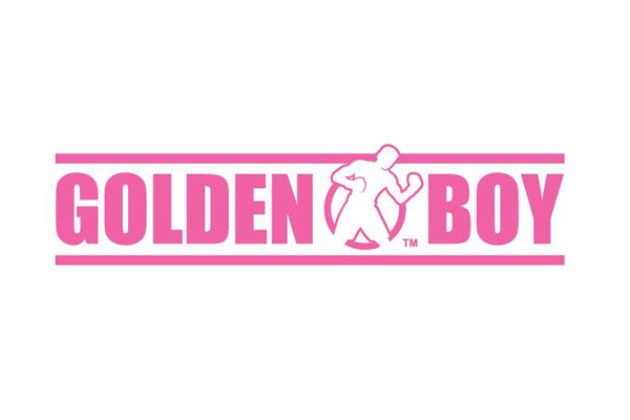 Raising breast cancer awareness is a cause near and dear to the hearts of several members of the Golden Boy Promotions team, including company President Oscar De La Hoya and company partner and future Hall of Famer Bernard Hopkins.

De La Hoya’s mother, Cecilia, died of breast cancer in October of 1990 with the wish that her boxer son would triumph in the Olympics, which he did by earning the gold medal with a victory over Germany’s Marco Rudolph on Aug. 8,1992 in Barcelona, Spain.

Hopkins’ mom, Shirley, died of the disease in August 2003.

In honor of Breast Cancer Awareness Month, Golden Boy Promotions has created a new logo which will be used throughout the month of October to let the world know that one of the biggest fights going on right now is the fight against the disease.

“There is no more important fight for me than doing what I can to increase breast cancer awareness and knocking out this horrible disease,” said De La Hoya, who has supported breast cancer research and financed the Cecilia Gonzalez De La Hoya Cancer Center at White Memorial Hospital in Los Angeles.

“All month, our logo will be pink, as a reminder of this ongoing fight. I encourage all boxing fans to do what they can to learn about breast cancer and support the search for a cure, as this is a disease that has affected so many and could affect us all.”