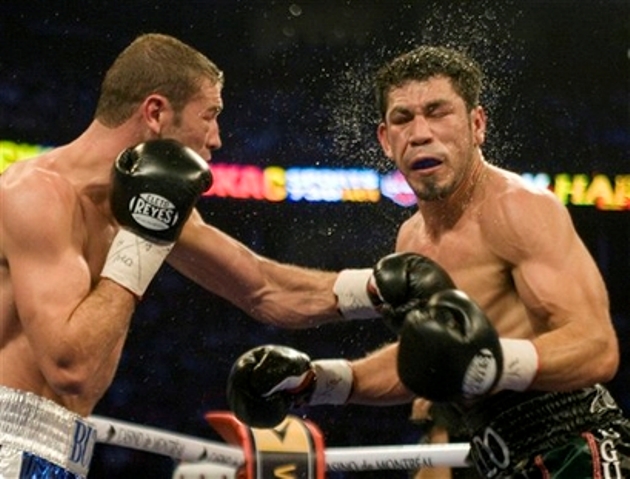 Former IBF super middleweight beltholder Lucian Bute has geared up for his bout against unbeaten Denis Grachev, of San Diego, by training briefly in Florida, although he has returned to Montreal, Bute’s promoter, Interbox, announced on Friday.

Bute (30-1, 24 knockouts) is coming off a fifth-round stoppage loss in May to three-time titlewinner Carl Froch, (29-2-1, 21 KOs), of England, that dethroned him as beltholder before Froch’s hometown fans at Capital FM Arena in Nottingham, England.

In the Russian-born Grachev (12-0-1, 8 KOs), the southpaw Bute faces a 30-year-old ex-kickboxer and MMA fighter who has boxed mostly as a light heavyweight, and who is coming off an eighth-round knockout of light heavyweight prospect Ismayl Sillakh (17-1, 14 KOs) in April.

It will be Bute’s first fight at light heavyweight since 2005.

“I feel very good. I am working hard in the gym with [trainer] Stephan Larouche and my support team,” said Bute, 32, who will meet Grachev on Nov. 3 at the Bell Center in Montreal, Canada.

“The only thing on my mind is my fight on November 3rd. My last fight left a bad taste in my mouth and I look forward to continuing my rise to the top with the support of all my fans at the Bell Center.”

Froch, 35, meanwhile, is scheduled to defend his belt opposite Yusaf Mack on Nov. 17 at Capital FM Arena. Froch-Mack will be televised in the United States on Integrated Sports Pay Per View starting at 3 pm ET.