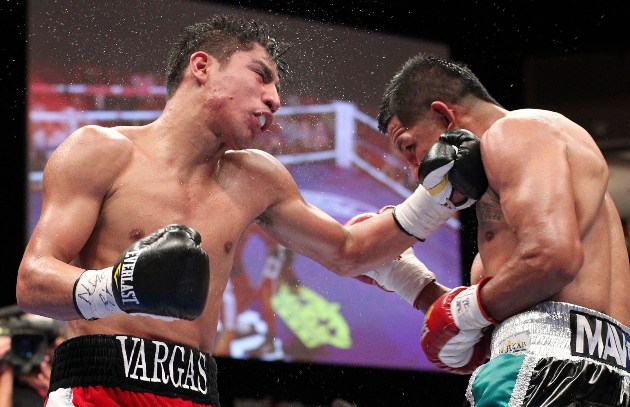 LAS VEGAS — The manager of welterweight prospect Jessie Vargas wanted the fighter to demonstrate knockout ability over the course of his ESPN2-televised debut with promoter Top Rank against once-beaten Aaron Martinez, at The Hard Rock Hotel on Thursday.

After what was largely a toe-to-toe battle, Vargas (20-0, 9 knockouts) won a 10-round unanimous decision which left Martinez (18-2-1, 4 KOs) bleeding from a cut over is left eye and with swelling over both, ending the tough-chinned loser’s winning streak of 10 straight fights.

“I wanted to have a sensational win. I wanted the knockout, I really did. Things didn’t go exactly as we planned, but we did win, and that was the plan. It wasn’t a spectacular fight, but it was a good fight for the fans,” said Vargas, who won by scores of 96-94, 98-92 and 99-91, respectively, on the cards of C.J. Ross, Robert Hoyle and Dick Houck.

“I didn’t perform the way that I expected, and I didn’t get off as well as I wanted to, but at the same time, he smothered me a lot. I take nothing away from him. He came to fight and he took some great shots. I was thinking that I had this under control and that I was going to get him, eventually, but I didn’t get off like I wanted to.” 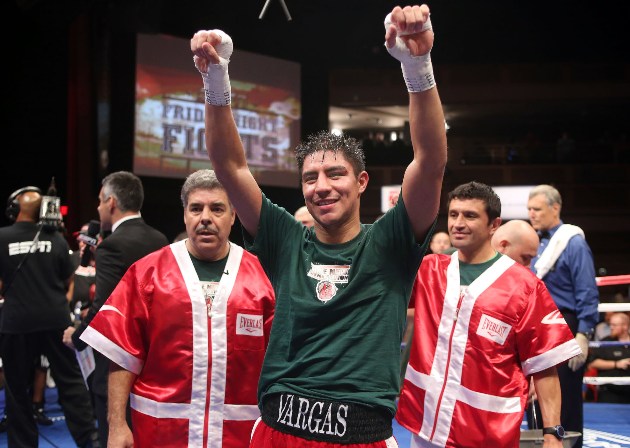 Vargas handed Martinez his first loss since the L.A.-based Mexican fell to Abdon Lozano in November of 2008. The victory comes two days prior to Saturday night’s HBO Pay Per View-televised clash between WBC middleweight beltholder Julio Cesar Chavez Jr. and RING champion Sergio Martinez from the sold out Thomas and Mack Center.

Before facing Ortiz, Lopez had lost a split-decision to Vargas last September.

Vargas was coming off a one-sided unanimous decision over veteran Steven Forbes that was contested on the undercard of Floyd Mayweather Jr.’s unanimous-decision victory over Miguel Cotto on May 5 — five days prior to Vargas’ 23rd birthday.

He then signed with manager Cameron Dunkin the next month in Las Vegas, where he was on hand to another of Dunkin’s fighters, Tim Bradley, dethrone Manny Pacquiao as WBO welterweight titleholder by split-decision in June.

On June 21, Vargas, who was promoted by Mayweather Promotions, signed with Top Rank’s CEO Bob Arum, who promotes Pacquiao.

“This was a good fight for Jessie. This is a world-class guy, but Jessie needs to be busier. He needs a few more of these types of fights,” said Dunkin, who wants Vargas back in the ring perhaps in November.

“We’re gonna get him right back in again within six-eight weeks. The plan was to fight him three times this year: back-to-back-to-back, and then make a move early next year for a title. I’ve talked to [matchmaker] Brad Goodman, and I’ve talked to [Top Rank President] Todd DuBoef, and we’re going to keep him busier.” 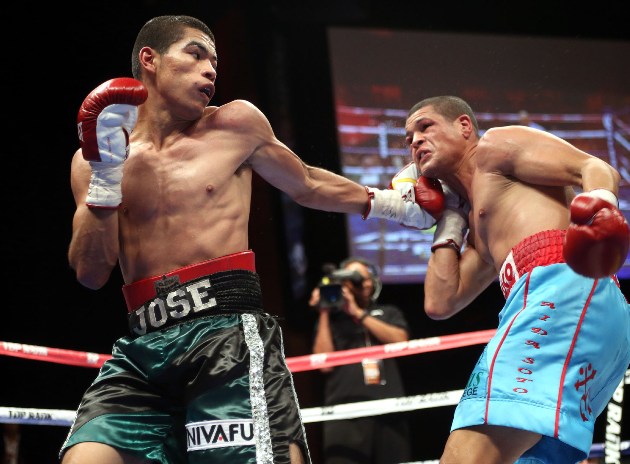 Felix controlled the first three frames with precision body punching and overhand rights. But the 26-year-old Puerto Rican turned the tables in the fourth, dropping his foe with a sharp right. Felix Jr. beat the count on steady feet and returned fire, connecting with powerful hooks and right crosses.

Cruz was emboldened by the knockdown, fighting with renewed vigor in the middle rounds. He stalked the 20-year-old native of Los Mochis, Mexico and dictated the pace, scoring with overhand rights.

This was the first time Felix Jr. went the 10-round distance and he seemed to fatigue down the stretch. But he deposited enough rounds in the bank to stave off Cruz’s late surge and won a decision in razor-thin bout, jump-starting his young career.

The last time Cruz was seen on TV, he lost his “O” in a defeat to Juan Carlos Burgos on the Manny Pacquiao-Juan Manuel Marquez 3 undercard. With his second consecutive defeat on television, he seems destined for opponent status.

Mike Coppinger contributed to this report.