Trainer: Ward could beat Kessler, Froch ‘on the same night’ 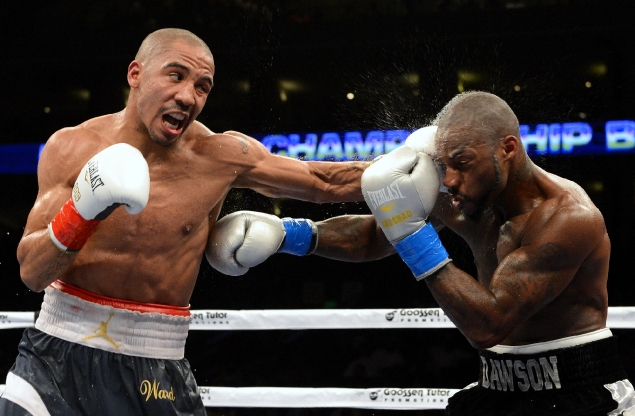 The trainer of RING super middleweight champion Andre Ward would like to see the 28-year-old in rematches with either IBF counterpart Carl Froch, of England, or former four-time beltholder Mikkel Kessler, of Denmark, in the wake of Saturday’s HBO-televised 10th-round knockout of RING and WBC light heavyweight champ Chad Dawson.

Rated No. 5 among THE RING’s pound-for-pound best, Ward (26-0, 14 knockouts) became the first man to stop the 10th-ranked Dawson (31-1, 17 KOs), whom he floored during the third, fourth and final rounds before Dawson indicated to referee Steve Smoger that he had had enough.

“We’ve been ready to start shutting things down inside of the distance,” said Hunter of Ward, who vanquished Dawson in defense of his 168-pound RING, WBA and WBC belts.

“Steve Smoger let us fight, so we were able to get the job done. I give Andre an ‘A’ for his performance because of the magnitude of it. Andre had everything to lose, but Chad is still a champion.”

A 2004 Olympic gold medalist, Ward was coming off of December’s unanimous decision over Froch to take the Englishman’s WBC belt in addition to earning the Showtime Super Six World Boxing Classic Cup and THE RING’s vacant title.

“Against Chad, I thought Andre put all of the elements together. It was a display of the power that was always there in his left hook,” said Hunter.

“That was Andre’s best performance as far as putting all of the elements together. Andre throws that left hook with a lot of snap. We would have done that against Froch if he hadn’t broken his left hand.”

Kessler, 33, has won three straight, two of them by knockout. Kessler rebounded from the loss to Ward by out-pointing Froch in April of 2010, and is coming off a fourth-round knockout of Green in May.

Froch, 35, bounced back with a fifth-round knockout of previously unbeaten southpaw Lucian Bute in May, and is set to defend his crown opposite Yusaf Mack on Nov. 17. 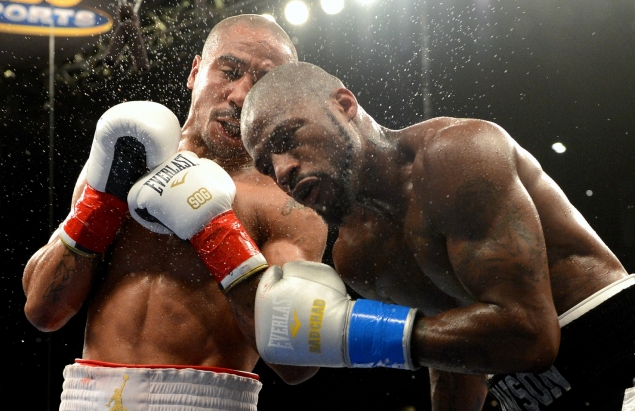 Hunter wants to get Kessler and Froch while their careers are on the upswing.

“Mikkel Kessler made so many excuses as to why he lost the fight…That was so unbecoming of a champion that I admired,” said Hunter of a bout whose decision went to the scorecards as a result of cuts over Kessler’s eyes which resulted from an accidental clash of heads.

“Carl Froch, he never shuts up. He’s said that if he would have fought us the way that he fought Bute, that he would have done the same thing to us. They’re just not conceding what he had to concede to, and they’re just not giving us the credit. Those two gentlemen right there, I think I could convince Andre to beat them both on the same night.”