DeMarco stops Molina in only 44 seconds 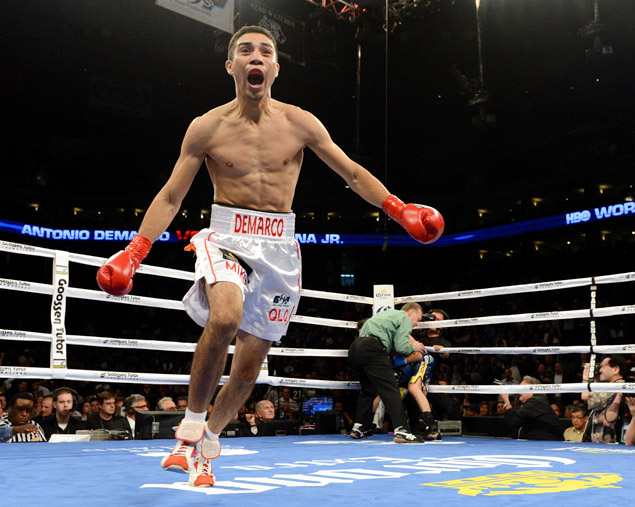 They said the Antonio DeMarco-John Molina fight would be great while it lasted. But it didn’t last long enough to be great.

DeMarco hurt Molina with a straight left less than 30 seconds into their lightweight fight and followed up with a barrage that ended matters at only 44 seconds, a disappointing conclusion to those who hoped for an entertaining brawl.

DeMarco, who was defending his WBC title, sent Molina reeling with the left. Molina, a big puncher, fought back until DeMarco landed another, shorter left. After that, Molina simply covered up as DeMarco punched away.

That prompted referee Jack Reiss to stop the fight. Molina (24-2, 19 knockouts) finished the fight in a crouch, with his hands covering his face, while he sat on the lowest rope