THE RING October issue: At a glance 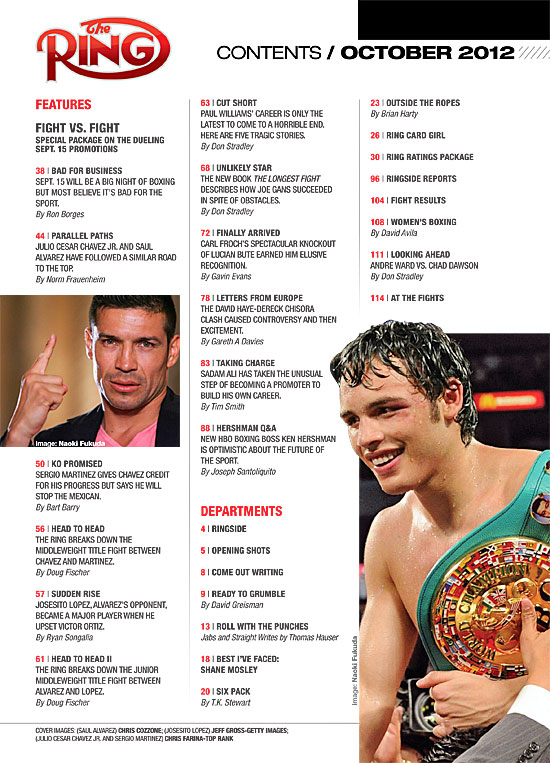 No one can say that Sept. 15 isn’t a big night for boxing. The question is whether the sport is shooting itself in the foot as a result.

On that night ÔÇª at the same time ÔÇª in the same town ÔÇª RING middleweight champion Sergio Martinez will fight Julio Cesar Chavez Jr. at the Thomas & Mack Arena in Las Vegas and Saul “Canelo” Alvarez will face Josesito Lopez at the nearby MGM Grand.

THE RING explores the events that led to the head-to-head shows, as well as the fights and fighters themselves in a special package in the October 2012 issue of the magazine.

Ron Borges writes in Double Trouble that the competing cards are bad for business, a point that not even the respective promoters disputed. 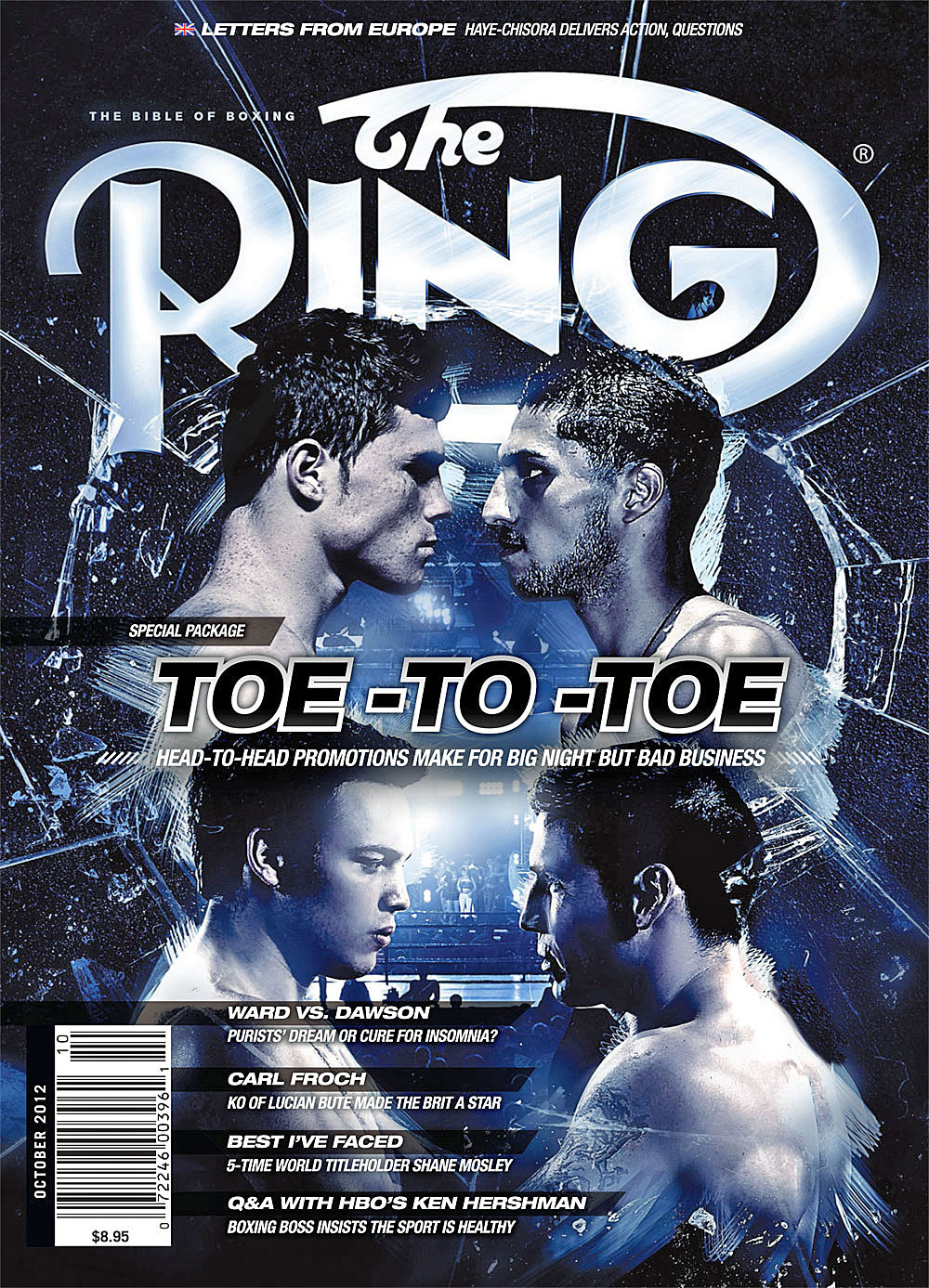 “Clearly it’s not an ideal situation but it’s not the end of the sport either,” said Richard Schaefer of Golden Boy Promotions, which is promoting the MGM card.

Norm Frauenheim writes in Parallel Worlds that the young Mexican rivals – Chavez and Alvarez – have traveled a similar path to stardom. In By the Script, written by Bart Barry, Martinez praises Chavez for the progress he has made but promises to knock out the upstart.

The Spoiler, written by Ryan Songalia, recounts how Lopez became a major player in the sport with his stunning stoppage of Victor Ortiz. Can he do it again? And RingTV.com Editor Doug Fischer breaks down both fights in our popular head-to-head analyses.

Also in this month’s issue, Don Stradley writes in Cut Down that Paul Williams isn’t the first boxer to have his career cut tragically short. He looks back on five other unfortunate fighters, four of whom died prematurely.

In An Unlikely Superstar, also written by Stradley, we bring to your attention a well-written new book – The Longest Fight – that describes how the great Joe Gans managed to become a star even though he was black in an intolerant era.

Gave Evans writes in Carl Froch Gets His Due ÔÇª Finally that the hard-nosed Briton left no doubt about his place among the elite fighters after he stopped then-unbeaten Lucian Bute in spectacular fashion.

In Going it Alone, Tim Smith writes that welterweight prospect Sadam Ali has made the risky decision to promote himself rather than align himself with an established promoter.

And Joseph Santoliquito caught up with HBO boxing boss Ken Hershman for a Q&A. Hershman said the sport is healthy.