Dawson promises to shine against Ward 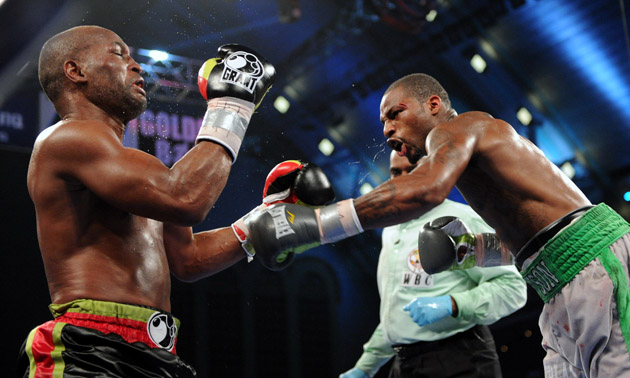 The pundits have always said that if Chad Dawson could find the fire inside, if he could fight passionately, then he would be a budding star. Detractors aside, Dawson has accomplished a lot in the sport. He’s beaten long-time light heavyweight stalwarts Antonio Tarver and Glen Johnson twice apiece. He soundly outpointed Tomasz Adamek in a slugfest in 2007. And most recently, he did what no man has done since Roy Jones Jr. in 1993, decisively defeating Bernard Hopkins.

But his RING super middleweight title matchup with Andre Ward on Saturday (HBO, 9:45 p.m. ET) presents a far greater challenge. Dawson admits that he was supposed to beat Hopkins, possessing advantages in youth, speed and athleticism over the 47-year-old legend. For the first time in his professional career, though, Dawson is the underdog. And not just an underdog — you’ll be hard-pressed to find anyone picking “Bad” Chad. 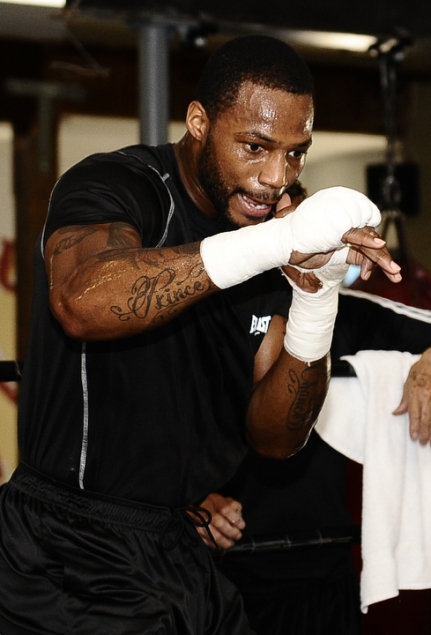 “At the end of the day, the odds are just odds – people’s opinions,” Dawson told RingTV.com. “I’m here to win a fight. [Team Ward] thinks that we’ve been tricked. That we’ve been bamboozled because they didn’t think I could make 168 pounds. Their whole plan was for me to be drained and to be dehydrated. That’s their whole game plan. They thought wrong.”

The critics have always said Dawson’s in-ring exploits lack passion. But his decision to take this fight suggests a newfound motivation. He took to calling out the 28-year-old champion immediately following his victory over Hopkins in April, challenging the 2004 Olympic gold medalist in the ring during his post-fight interview with Larry Merchant. Weeks later, the fight was a reality. Dawson conceded weight and hometown to Ward, dropping to 168 and traveling cross-country to compete in Oakland, Calif. It’s a calculated risk, a risk Dawson didn’t have to take. Not when he’s THE RING light heavyweight champion and one of the best pound-for-pound in the world.

Dawson (31-1, 17 knockouts) wishes to attain the upper echelon of the sport, that Holy Grail which is reserved for the likes of Floyd Mayweather Jr. and Manny Pacquiao. He’s taking on a man who many think is the heir apparent to the throne. A master of adaptation and in-ring adjustments. A fighter who can brawl on the inside and fight on the outside. If Dawson can prove the naysayers wrong and prevail in exciting fashion, America may have a new boxing star to call its own. Perhaps it will take Dawson brushing up against greatness to bring the passion (and best) out of the 30-year-old from New Haven, Conn.

“This is a big fight, Andre Ward’s a great champion,” said Dawson. “I am an underdog coming into this fight and I understand that. But that’s just motivation to me. I want to be me. Be myself. Be a boxer, be smart, be strategic. Pick my moves. That’s what I want to do. But if he wants to bulldoze me and get inside, then we can do that, too.”

The last time Dawson traveled to enemy turf was the summer of 2010 in Montreal, Canada. The loss to Jean Pascal served as a wake-up call, but it also prepared Dawson for Saturday, where he will meet a chorus of boos.

“I lost to Pascal in Montreal and I went right back to Montreal in the next fight against Adrian Diaconu,” said Dawson. “The fact that it’s going to be a hostile crowd, I’ve done it before, I’ve seen it before. When that first bell rings, that’s all that matters. All the boos don’t matter to me.” 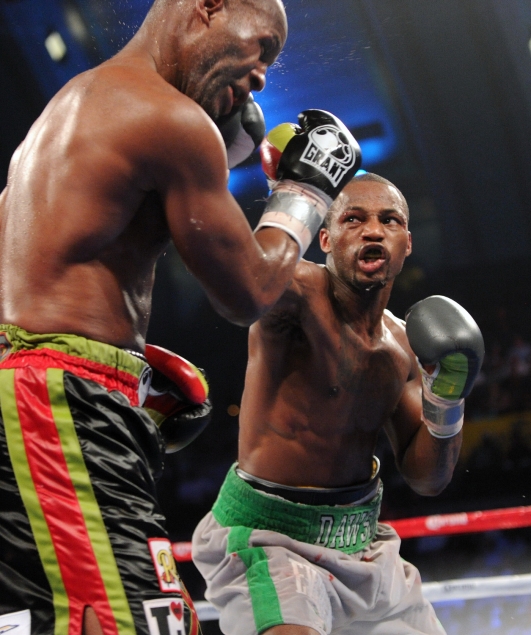 Dawson has been condemned for his boring fights, but he’s been in some good scraps, too. His fight with Adamek, the first fight with Johnson and his bout with Pascal were all pretty entertaining. Fights with Hopkins and Tarver were downright dull, though. Dawson says he’d like to mix it up, but doesn’t feel any pressure to do so. Come fight night, he’s worried about getting the “W”.

“I know I’m going into a fight that’s going to be a war,” said Dawson. “If I want to elevate my career, elevate my profile and take it to the next level, I gotta beat this guy. I gotta leave it in the ring. If I don’t leave it in the ring then there’s nothing after this. I’ll still be light heavyweight champion of the world, but I need that elevation, I want be on a higher statue than Andre Ward. I want to be on the top of the pound for pound list, and that’s what I’m fighting for.”

Ward’s toughest opponent to date was his last fight against Carl Froch, where he won the Super Six Boxing Classic and became THE RING champion at 168 pounds. Dawson will present different challenges: speed, athleticism and size.

“He hasn’t seen anybody like me,” said Dawson, a southpaw with an excellent jab. “He’s been in front of a bunch of Europeans, shorter guys. He’s never been in front of a guy like Chad Dawson. Same thing with me. I’ve been fighting older guys: Bernard, Tarver, Glen Johnson. I’ve never been in there with a young guy, a guy whose my age in his prime. We both have obstacles to overcome on Saturday night.”

Dawson has recycled many trainers, changing them as frequently as underwear. He’s fought under the guidance of many notable coaches: Emanuel Steward, Floyd Mayweather Sr., Dan Birmingham and Eddie Mustafa Muhammad, among others. After training with Steward for his fight against Diaconu, he went back to the person he trained with earlier in his career: “Ice” John Scully. Dawson’s promoter Gary Shaw feels the move paid dividends. 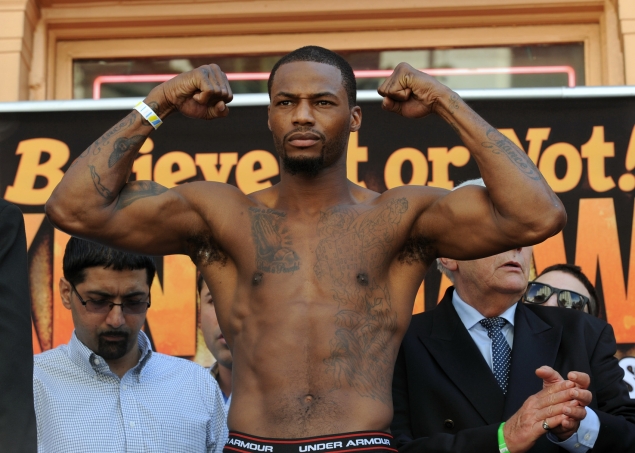 “He’s a student of the game, he was a helluva boxer,” said Shaw of Scully. “He’s been with Chad a long time. We’ve used other trainers and at the end of the day, Chad wanted to come back to Scully.”

Dawson is currently rated No. 10 on THE RING’s pound-for-pound list. He wishes to climb to the top of the charts and if he can topple No. 5 Ward on Saturday on HBO, he’ll be on his way.

There’s a school of thought which says the fight won’t be boring, that champion versus champion will elicit the competitive spirits of each fighter and result in a great fight for the fans. Will it resemble Jermain Taylor-Winky Wright or Tim Bradley-Devon Alexander? If it’s at all like the former, that will go a long way in turning Dawson into a bona fide star.

“I finally get my moment to shine,” he says. “[Team Ward is saying] we’ve been set up. On Saturday night, I will walk out the super middleweight champion of the world, mark my words.”

Mike Coppinger is a staff writer for RingTV.com and a regular contributor to THE RING Magazine. He’s a regular boxing contributor for USA Today and a member of the Yahoo! Sports Boxing Panel. Follow him on Twitter: @MikeCoppinger.