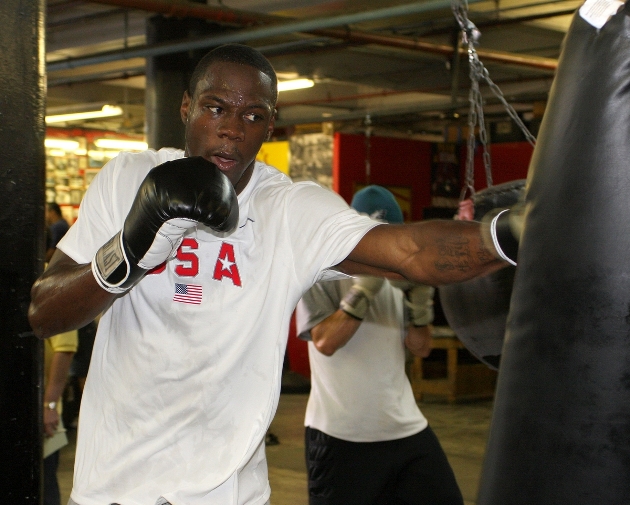 Unbeaten heavyweight prospect Deontay “The Bronze Bomber” Wilder, of Tuscaloosa, Ala., will pursue his 25th knockout in as many wins against undefeated Damon McCreary, of Detroit, on a Sept. 8, Fox Sports Net/Fox Deportes-televised card from the The Hangar in Costa Mesa, Calif., according to Golden Boy match maker, Eric Gomez.

A 2008 Olympic bronze medalist who turns 27 in October, the 6-foot-7 Wilder is coming off a first-round stoppage of Trinidad and Tobago’s Kertson “The Warrior” Manswell on Aug. 4 which followed June’s third-round knockout of former heavyweight title challenger Owen Beck.

McCreary, 39, is 14-0 with 10 knockouts, including stoppage victories in three of his past four fights.

“As we work toward getting bigger fights and bigger dates, such as on HBO or on Showtime, what we’re trying to be the busiest heavyweight in the world today. So when Golden Boy calls and says, ‘can we be ready in a week-and-a-half?’ Deontay said, ‘that’s a week more than we need,'” said trainer Jay Deas, of Wilder.

“We’re ready. We’re excited, and I want to give a shout-out and to give props to both of these heavyweights, because getting two, undefeated heavyweights to agree to fight in a week-and-a-half is not something that happens very often. We’re excited about fighting this guy, and we’re looking forward to it.”