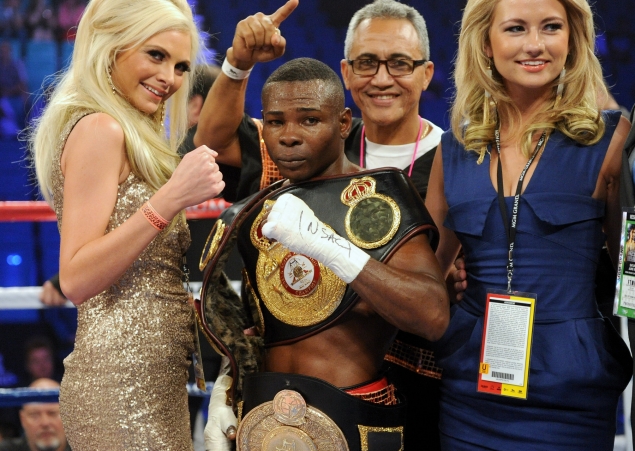 The Miami-based Third District Court of Appeal for the state of Florida has ordered the manager of WBA junior featherweight beltholder Guillermo Rigondeaux to file a response to the fighter’s emergency motion for stay relief against an injunction that prevents him from fighting by noon on Sept. 5, according to Rigondeaux’s Guy Spiegelman.

Rigondeaux is attempting to overcome an injunction that could keep him from defending his belt against Robert Marroquin on Sept. 15, a fight that has been in jeopardy of not happening on the undercard of an HBO Pay Per View-televised main between Julio Cesar Chavez Jr. and Sergio Martinez at the Thomas & Mack Center in Las Vegas.

According to Pat English, an attorney for Rigondeaux’s Irish manager Gary Hyde, the ruling prevented Rigondeaux (10-0, 8 knockouts) from meeting Marroquin (22-1, 15 KOs) because the bout was not approved by Hyde.

Spiegelman had argued that Rigondeaux-Marroquin is the final bout of multi-year pact, that Hyde’s contract with Rigondeaux expires in November, and that Hyde is trying to extend his contract as a result.

Spiegelman said the court of appeal has agreed to review the motion, which includes Top Rank’s agreement with Hyde, Miller did not see the contract.

The fate of Rigondeaux-Marroquin could hinge upon the appellate court’s assessment of the contract and “other issues,” said Spiegelman.

“Rigondeaux filed the emergency appeal, saying to the court that it was unfair what the trial court did, especially by doing so on an incomplete record,” said Top Rank lawyer David Marroso, a senior attorney with the Los Angeles-based O’Melveny and Myers law firm.

“So Rigondeaux asked the court of appeal to move quickly, which it did, within a few hours of receiving the paperwork today. It issued an order directing Hyde to respond to the emergency motion by Sept. 5.”

Spiegelman claims that he was “ambushed” at the injunction hearing, asserting that it was initially scheduled for Aug. 28, but was heard on Aug. 21 “without notice.”

Miller has suggested that a review of the Top Rank contract “may have made a difference” in his decision, Spiegelman said.

“Top Rank did a very poor job in many respects to Mr. Rigondeaux when they were promoting him,” said English. “And they’re apparently bound and determined to continue to upset his career.”

English said that Hyde’s automatic two-year contract extension went into effect when Rigondeaux dethroned Rico Ramos for his current crown in January, this, after Rigondeaux had stopped Willie Casey in the first round in March of last year.

But Spiegelman said he believes the terms of the Rigondeaux’s two-year agreement began in November of 2010, when Rigondeaux won the WBA’s interim belt by split-decision over Ricardo Cordoba. Spiegelman asserts that the Hyde-Rigondeaux contract should end in November.

“The lower court judge didn’t have the facts when he made the decision,” said op Rank CEO Bob Arum. “We still have a two-year contract with Rigondeaux…the contract is still in existence, and will be in existence on Sept. 15.”

In the meantime, however, Marroquin has reportedly already begun the search for a new opponent, Arum has identified as hard-hitting right-hander Oscar Gonzalez (19-1, 13 KOs), of Mexico, a winner of his past four fights by knockout.