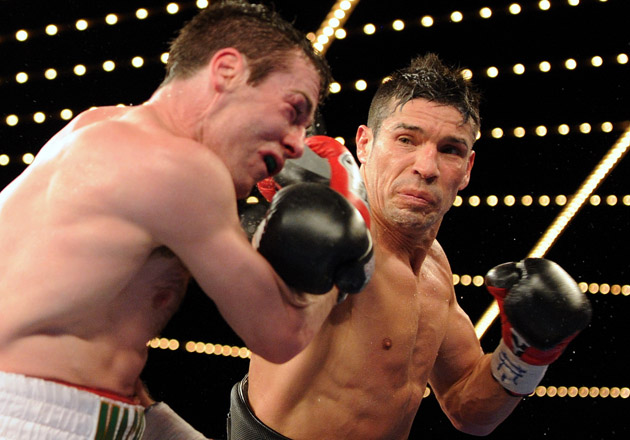 RING middleweight champion Sergio Martinez is preparing for an HBO Pay Per View-televised clash with WBC beltholder Julio Cesar Chavez Jr. that is slated for Sept. 15 at The Thomas and Mack Center in Las Vegas.

Martinez, 37, boasts a mark of 49-2-2 that includes 28 knockouts, and is in pursuit of his sixth straight win, and his fifth consecutive knockout during that run.

The following is a second edition of Martinez’s training camp notes, taken from a press release distributed by HBO in association of fight promoters Lou DiBella Entertainment, which has Martinez, and Top Rank, which handles Chavez.

Wednesday, August 29: Martinez – If you were given the power to fix the sport, what would be the first thing you would change?

“I would first make sure there is a strong amateur program that caters to younger fighters looking to get into the sport of boxing and provide them proper training. More often than not, especially in Spain and the United States, a lot of the younger athletes tend to gravitate more toward futbol and basketball.

“They have better amateur programs than boxing, and there could have been some great fighters that never stepped in the ring because the amateur programs in other sports were far superior. You can also attest the diminishing of the heavyweight division in America with not having a proper amateur program.

“Most of the great heavyweights now are coming from eastern Europe, and they are excellent fighters. They have the proper amateur training and schooling and support. In America, most of the large fighters that would be great heavyweights are being groomed to be American football and basketball.”