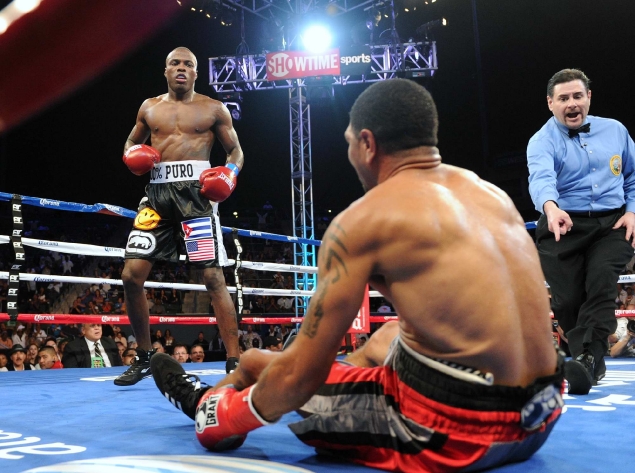 Brooklyn resident Peter Quillin will face WBO middleweight titleholder Cameroon-born Hassan N’Dam N’Jikam, of France, as part of a Showtime-televised triple-header on Oct. 20 from The Barclays Center in Brooklyn, according to Golden Boy CEO Richard Schaefer.

Quillin, who turned 29 in June, is coming off a unanimous decision over former titleholder Ronald “Winky” Wright that improved his record to 27-0, with 20 knockouts. N’Jikam, who is also 29, is undefeated with a mark of 27-0 that includes 17 knockouts.

Quillin-N’Jikam is part of a show that is being billed “Brooklyn Pride” and will feature WBA welterweight belt-winner and Brooklyn native Paulie Malignaggi (31-4, 7 KOs) making the first defense of his belt against Pablo Cesar Cano (25-1-1, 19 KOs) on the undercard of rematch between RING, WBA and WBC junior welterweight champ Danny Garcia (24-0, 15 KOs) and four-division title-winner Erik Morales (52-8, 36 KOs).

A 10 a.m. Thursday press conference is scheduled for The Barclays Center to promote the event, and will be attended by the fighters as well as Golden Boy President Oscar De La Hoya and Showtime’s Stephen Espinoza, executive vice president and general manager of sports and event programming.

“Peter Quillin, ‘Kid Chocolate,’ will be the first fight on the Brooklyn card, and he will be fighting for the WBO middleweight championship of the world. So now, it’s going to be a triple-header, world championship card,” said Schaefer.

“Obviously, you have Garcia against Morales for the WBC world title, and then you have Malignaggi and Cano for the WBA world title, and Kid Chocolate, Peter Quillin, fighting from his hometown for the championship of the world, so this is absolutely terrific.”

Formerly the WBO’s interim belt-holder, N’Jikam became the full title-holder after unbeaten Dmitry Pirog passed up a mandatory defense to take a more lucrative bout, and then, suffered a back injury that forced him to pull out of a scheduled fight with undefeated WBA title-holder Gennady Golovkin.

Garcia, of Philadelphia, floored Morales in the 11th round of a unanimous decision that dethroned Morales as WBC belt-holder in March, and is coming off last month’s fourth-round knockout of Amir Khan.

An American who is of Puerto Rican decent, Garcia will be after his fourth straight triumph over a current or former world titleholder against Morales, following consecutive decisions over former belt-holders Nate Campbell and Kendall Holt in April and October of last year, respectively.

Tickets went on sale on Wednesday, Aug. 29, at 10 a.m. ET., according to a press release from Golden Boy Promotions, for a card that will be the first boxing event to take place at the new, state-of-the-art sports and entertainment venue.

Tickets start at $50 and go on sale to the general public on Wednesday, August 29 at 10:00 a.m. ET and will be available at www.barclayscenter.com, www.ticketmaster.com, all Ticketmaster locations, or at 800-745-3000. 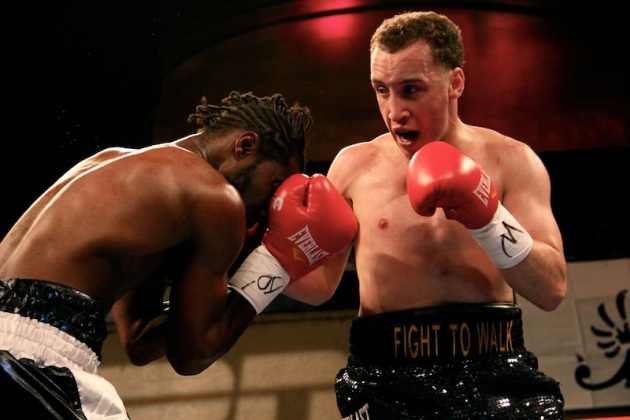 Melson’s humanitarian efforts include donating his entire fight purses to Justadollarplease.org, an organization which funds a trial to help cure spinal cord injuries.

Tickets are available on Teamfighttowalk.com, which was created by Melson and friend Christan Zaccagnino to raise awareness about the importance of bringing clinical trials to the United States to help cure spinal cord injuries.