Cunningham makes the move to heavyweight 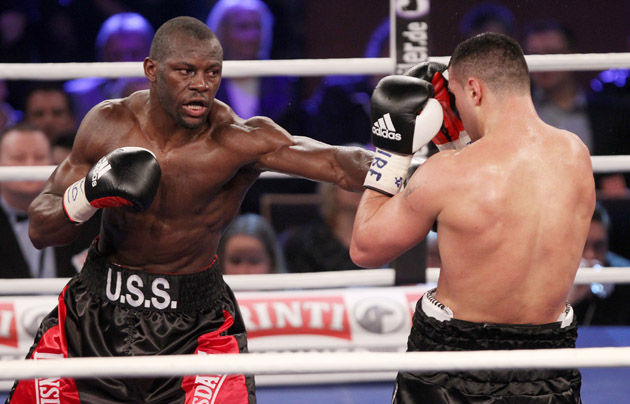 Philadelphia ÔÇö Chiseled in black spandex, sweat dripping from what seems like every pore, Steve Cunningham shadow boxes in front of a mirror at the sweltering hot Shuler’s Gym in West Philadelphia.

The former two-time IBF cruiserweight titleholder is making the move to heavyweight, starting with rugged Jason Gavern on the undercard of the Tomasz Adamek-Travis Walker Main Events card on September 8 at the Prudential Center, in Newark, New Jersey.

As he participated in an open workout for the media at Shuler’s on Monday afternoon, though, Cunningham looked like he was going in the opposite direction. He was so compact that he appeared more ready for Andre Ward or Chad Dawson than Gavern, who weighed 230 ¾ pounds in his last fight.

“I know this move is going to be a challenge and I know I look a lot lighter than I actually am,” said Cunningham, laughing. “My goal is fight as a 215-pound heavyweight, and I’m probably about 206 pounds today. I know I’m heavier than I look. I used to leave the gym at 194 when I was a cruiserweight, and I’d have to drink gallons of water to make 200 pounds and work from there.”

Cunningham, 24-4 (12 KOs), could be a nice boost to what has been a moribund heavyweight division, dominated by the iron fists of the Brothers Klitschko, Wladimir and Vitali. Cunningham would like to fill the years-old void once occupied by a serious American contender. He certainly made great inroads with European fans as a cruiserweight world champion, someone who was willing to travel to fight anyone anywhere.

Now he’s recharged and wants to begin making his niche at 36 years old in the heavyweight divisionÔÇöin America.

“I think Steve will be successful because people will count him out; they won’t believe he can beat any heavyweights, and the only problem is he can’t make any mistakes, and he knows that,” said Naazim Richardson, Cunningham’s esteemed trainer and a respected voice in the elite ranks of boxing. 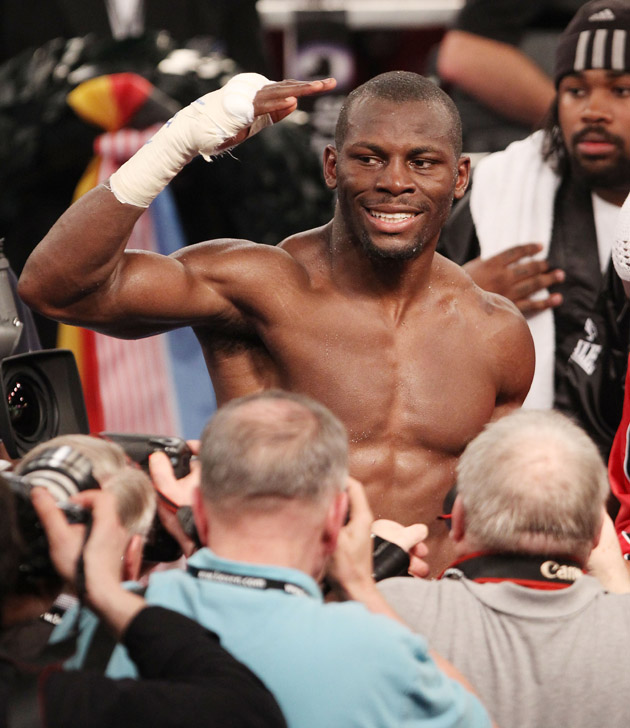 “You make a mistake at heavyweight and you change the way you talk to your children; you’ll be putting Pampers on your dog and taking your babies for a walk. It all has to come together for Steve to be successful. He has to have the correct game plan and right conditioning, and he’s always in great condition. Steve’s a very disciplined guy, and we realize his speed will have to be his power. Knowing your identity helps you formulate a game plan. We know our identity. We know we’re not a puncher. I don’t care about his punching power. My concern is putting a whole game plan together.”

Kathy Duva, CEO of Main Events, believes Cunningham will make strides quickly at heavyweight. Cunningham once fought for Main Events when he was a rising cruiserweight and is happy to be with them again, as they will certainly provide ample opportunity to move him.

“The heavyweight champion of the world is over 40 [Vitali Klitschko is 41], so Steve’s age isn’t an issue. Steve hasn’t abused his body throughout his life with drugs and alcohol and guys like Steve can extend their athletic careers because of the way he’s lived. He’s a family man who works out every day of his life. That lifestyle will certainly extend his career a few more years. The plan is to move Steve as quickly as possible. There are a lot of interesting fights for Steve at heavyweight and we’ll figure out who they are and what we can do to make them happen.”

Gavern will be a good first test for Cunningham. He has nowhere close to Cunningham’s skill set, yet he’s a difficult opponent who’s been in recently with undefeated Mariusz Wach and Alexander Ustinov. He’s someone, Richardson stated, you fight 20 fights into a heavyweight careerÔÇönot the first.

“We’re taking this test right from the door,” Richardson said. “Steve is not an old fighter, but he doesn’t have time to waste. Guys like Steve get no breaks, and want no breaks. He’s always looking to fight, and if he stays healthy, once they realize he’s no paper-mache, we’ll move. It’s up to Main Events how they want to schedule him, but first things first and that’s next week. Gavern is a determined, character guy. He’s a test, a real test and I applaud Steve for wanting someone like Gavern coming right out of the gate.”

As for Cunningham, he carries a little twinkle in his eyes these days. He’s been in some wars; most notably his classic against Adamek in 2008 for the IBF cruiserweight title, which he lost by split decision.

“I can’t tell you everything we’re working on and what our plans are, but I’ll rely mainly on my faith in God, and my ability and ring intelligence,” Cunningham said. “There are things that you naturally rely on during fights, and I will again as a heavyweight. But there are things about me no one knows yet, and the world hasn’t seen the best Steve Cunningham.”