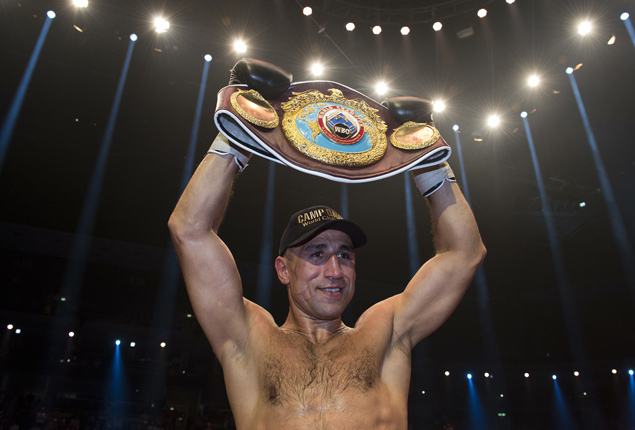 It wasn’t long ago that Arthur Abraham was a favorite heading into the Super Six World Boxing Classic. He trounced former middleweight champ Jermain Taylor in the opening round of Showtime’s round-robin six-man super middleweight tournament, but it was downhill from there. Abraham lost his next three bouts in lopsided defeats to Andre Dirrell, Carl Froch and Andre Ward, effectively ending his run as a marquee fighter.

In a must-win bout against Robert Stigelitz on Saturday in his hometown of Berlin, Germany, he earned the big victory that has been so elusive, wresting the WBO 168-pound belt by unanimous decision (scores of 116-112, 115-113 and 116-112) for his first meaningful victory since the Taylor knockout in 2009.

The bout was hard to score. Stigelitz was the aggressor, Abraham the puncher. 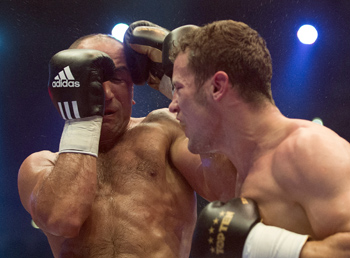 Abraham, THE RING’s No. 8-rated super middleweight, often conserved energy while Stigelitz pressed the action, waiting until the last minute of the round to unleash on his tired foe. Stieglitz ate a lot of shots in the fight and kept coming for more. The Germany based Russian titleholder was considered an underdog due to facing limited opposition and suffering knockout losses to former contenders Librado Andrade and Alejandro Berrio.

Against the heavy-handed Armenian, he proved his chin and toughness, absorbing hard shots and never wavering.

The 31-year-old veteran landed some great shots in the second round, as inactivity continued to plague Abraham. They fought at a high pace, looking to land damaging shots, though Abraham often passively stalked from his high guard.

Stieglitz (42-3, 23 knockouts) continued to exert pressure on his foe in the third stanza. He pushed Abraham to the ropes and fired off quick combinations.

Abraham (35-3, 27 KOs) came on over the second half of round four, unloading with overhand rights over Stieglitz’s lazy jab. He was finally in range and found his mark.

Abraham, 32, landed some punishing shots in the fifth frame. He battered his body and then went with straight rights up top.

The bout was becoming a taxing affair. Stieglitz connected with a left hook which knocked Abraham off-balance in 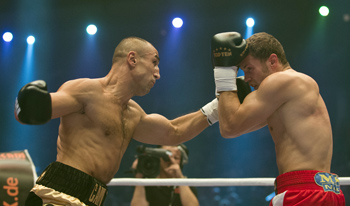 the seventh, but the former middleweight beltholder bounced back, landing time and again with right hands which couldn’t miss.

THE RING’s No. 2-rated super middleweight sustained some hellacious shots in the eighth round, showing some whiskers as Abraham uncharacteristically pressed the action. In the ninth, he pushed Abraham around and clearly won the much-needed frame.

Stieglitz’s suffered a nasty cut above his right eye in the 10th, the result of an Abraham left. Abraham zeroed in on the cut when he did punch, trickling blood for the remainder of the bout.

Correctly thinking he didn’t need the 12th on the cards, Abraham was on his bike for the entire final frame, running and holding as Stieglitz desperately tried to land a shot of significance.

It stands as the signature win of Abraham’s career to date. There are attractive bouts at 168 pounds with Lucian Bute, Thomas Oosthuizen and George Groves. A rematch would also be a welcomed in Germany, given the quality and competiveness of the bout.