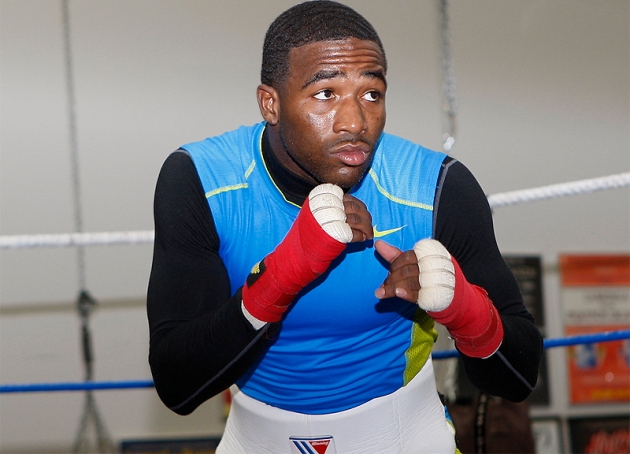 It appears that former WBO junior lightweight beltholder Adrien Broner and heavyweight prospect Seth “Mayhem” Mitchell will headline an HBO-televised double-header on Nov. 3 at a site to be determined rather than putting their unbeaten records on the line on Oct. 6 from Boardwalk Hall in Atlantic City.

Golden Boy Promotions CEO Richard Schaefer has informed RingTV.com that the situation has arisen as the result of difficulty in securing an opponent for Broner (24-0, 20 knockouts), a talented 23-year-old who scored his fourth straight stoppage victory with last month’s HBO-televised knockout of Vicente Escobedo from the U.S. Bank Arena in Broner’s hometown of Cincinnati.

Broner lost his WBO belt at the scales before entering the ring against Escobedo, having missed the contracted weight of 130 pounds both the day prior to the fight and during a Saturday morning re-weigh.

Broner, who will debut as a lightweight, has expressed some frustration with the fact that he has not been able to land an opponent.

“I ain’t worried about it. I just got out of the gym from sparring,” said Broner. “I don’t matter when I fight or who fight, it’ll be a knockout win for me.”