WBA titleholder Paulie Malignaggi will make the first defense of his belt against Mexico City’s Pablo Cesar Cano at the The Barclays Center in Brooklyn, N.Y., on Oct. 20, seeking his fifth straight win since rising to welterweight.

Taking place during the grand opening weekend of The Barclays Center, the fight represents a return to New York and a shot at redemption before hometown fans for Malignaggi (31-4, 7 KOs). He’ll meet a rugged challenger in Cano (25-1-1, 19 KOs) when they clash on the undercard of a Showtime-televised rematch between RING, WBA and WBC junior welterweight champ Danny Garcia (24-0, 15 knockouts), of Philadelphia, and four-division titlewinner Erik Morales (52-8, 36 KOs), of Mexico City.

Malignaggi, who turns 32 in November, has not lost since falling by 11th-round knockout to Amir Khan (26-3, 18 KOs) as a junior welterweight at New York’s Madison Square Garden in May of 2010.

Cano, who turns 23 on Oct. 4, has won three straight fights — two of them by knockout — since, himself, being stopped by Morales in the 10th round of his junior welterweight debut in September. On July 21, Cano earned the WBA’s interim 140-pound belt with a seventh-round majority decision over previously unbeaten Johan Perez (15-1-1, 12 KOs).

RingTV.com: So you just left the Wild Card?


Paulie Malignaggi: Yeah, I just left. I’m training really hard over there, man. It’s f–king hot as a furnace over there, dude. I’m telling you. It’s hot as hell, man.

RingTV.com: How is your weight?

PM: My weight is probably around the 160s. Give or take, you know? We’ll see. I’m right where I want to be at this point. But I’m not really concerning myself with the weight too much, right now. It’s too early to worry about that.

Right now, I’m just concerning myself more with getting sharp. I’m starting to develop a gameplan for the fight with my trainer, Eric Brown. I’m just getting myself into a rhythm, stuff like that. I’m doing all of the basics, definitely. 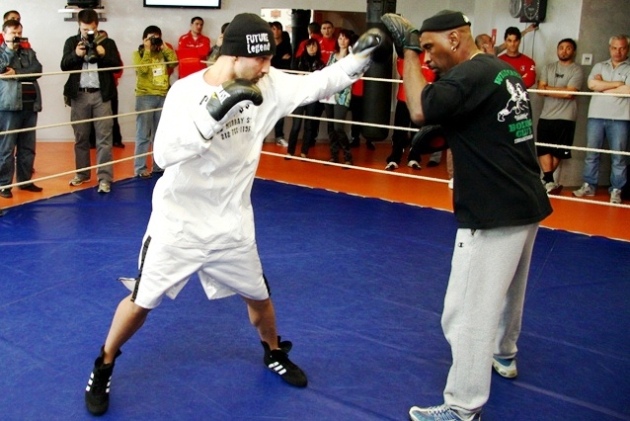 RingTV.com: Talk about this fight coming up.

PM: I can’t wait, man, that’s about it. When you come from New York, you always look forward to fighting in Madison Square Garden. But when you’re someone like me, and you’re fighting out of Brooklyn, the only reason you dream of fighting out of Madison Square Garden is because there was never something like the Barclays Arena in Brooklyn to keep dreaming about. But now that the arena is up and ready to go, and I’m actually going to fight in it, it’s unbelievable.

It’s almost surreal. I mean, this is the arena where fighters from Brooklyn and contenders from Brooklyn are going to dream of performing when they can, and the fact that I get to be on the first card, the first show and the first boxing event feels good. I would have never dreamed of this possibility to defend the world title in Brooklyn, but here it is, and it’s coming true.

RingTV.com: Do you see yourself continuing to try to make your fights there and perhaps ending your career there?

I would love to have that be a possibility, you know? I know that Golden Boy is a very, very strong promoter, and I think that they could give me that push. I think that I sell once people actually know that I’m fighting. That was my problem earlier in my career.

I’m not trying to bad mouth anybody, but a lot of times, I would be fighting and a lot of people didn’t know that I was fighting. They wouldn’t come to the fights because they didn’t even know that the fight was even happening. But I think that with Golden Boy behind me, I may be in the position for the possibility to end my career at Barclays Center.

I think that there are a lot of possibilities where I can look to fulfill a lot of personal dreams and goals and stuff like that in the process. So I have my fingers crossed, man, and that would be really great for me.

RingTV.com: How many more fights do you see yourself having before walking away from the sport?

PM: I can’t pinpoint the amount of fights, but I don’t want to fight past two, or a maximum of three more years. That’s it. I don’t want to go beyond that. Two, maximum three. So however many fights that covers, we’ll see.

It depends on a few things — whether I’m winning or not, the type of opponents there are. The money I’m making. A lot of factors would go into that. But overall, the broad answer would be two or three more years.

RingTV.com: Do you see yourself moving up in weight?

PM: No, I don’t see myself moving up in weight. I just got here two years ago, so I’m pretty good right here and I’m pretty comfortable. It’s still work to make it, but it’s not so much work that it kills me, so I’m very comfortable at 147. 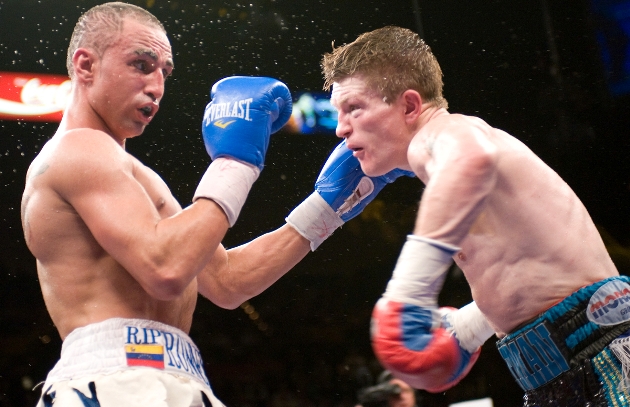 RingTV.com: What would be your dream fight beyond Cano?

PM: Personally? Really? For myself? Two words: Ricky Hatton. I just felt like taht anybody that fought me in 2008 didn’t see the Paulie Malignaggi that everyone else in my career had to fight, you know? Anybody who fought me in 2008 almost got lucky in that regard.

By the end of 2008, my performances were just getting worse and worse. I personally believe in my heart of hearts that my loss had nothing to do with Ricky Hatton, and that it had more to deal with myself. I’ve gone into the reasoning why it was myself, and I don’t want to revisit that.