Damian Frias is still a longshot versus Carlos Molina

By his standards, Carlos Molina is in a rare position.

For most of his nine-year pro career, the unlikely junior middleweight contender has been the overmatched underdog, set up to lose against more celebrated prizefighters. Names like former champion Kermit Cintron, whose comeback hopes were derailed when Molina (19-5-2, 6 knockouts) beat him last July, or Julio Cesar Chavez Jr., whom he held to a draw before dropping a majority decision in the rematch, were all expected to run through Molina.

Most recently, Molina was brought in as a stepping stone for James Kirkland on HBO, and for nine rounds he handled the aggressive knockout puncher. Then, in the tenth round, Molina was dropped as the bell sounded. The referee disqualified him as his corner entered the ring at the bell, robbing the fans of a conclusive result.

In defeat, Molina made his statement to the division and elevated himself to the no. 6 position in THE RING’s ratings at 154 pounds.

Molina is used to being counted out before he even steps into the ring. This Friday, though, when the Chicago-based native of Mexico faces Damian Frias (19-4-1, 10 KOs) in the main event of the ESPN2 Friday Night Fights season finale, Molina will be favored for one of the first times in his career.

That leaves Frias, a 35-year-old southpaw, with the burden of doubt against him. It’s a position he’s been in his whole life. 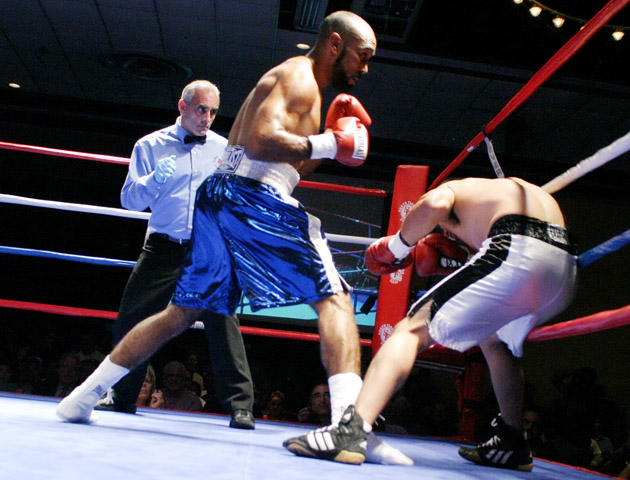 Frias is coming in on a three-fight winning streak, punctuated by a ninth-round knockout of 22-1 Henry Crawford. But that was almost a year ago, and inactivity and age are counting against him.

“I enjoy being the underdog,” Frias tells THE RING. “I don’t have no problem with that, as long as I know what I’m facing. I had to fight [unbeaten welterweight prospect] Brad Solomon [in 2010] and I didn’t know anything about him, had no videos. Once I lost that fight and saw how they did me, I said I just have to look out for myself.”

Frias, who is trained by former world champion John David Jackson, had endured a three-fight losing streak and a draw to mid-level pugs like Freddy Hernandez and Favio Medina prior to his current winning stretch. It only served to galvanize him, Frias says.

“I feel, me personally, that I learned more from my losses than my victories,” explains Frias. “When you win, you don’t change nothing, but when you lose it messes with you mentally and emotionally, so you actually sit down and think about what you have to do. You have to find yourself, re-train.

“I’ve never been in a predicament going into a fight and knowing this guy is here to lay down. Usually I go into the fight as the underdog and I have to pull it off. But I think my talent, hard work and dedication is starting to show. On Friday I expect to have a good day.”

Frias has been in boxing since the age of 25, having turned pro without any amateur experience. His late start was due to having focused on baseball and football as a youngster, as well as an eight-year stretch in prison stemming from a non-fatal shooting that kept him behind bars until he was 23.

“I lost all my youth running the streets. One bad choice cost me eight years of my life.”

Frias was sentenced to 12 years, two and a half of which he spent in solitary confinement due to scuffles inside. Admittedly immature, Frias said that speaking with older inmates, many of whom were serving longer sentences than himself, helped put things in perspective for him.

“I learned a lot in those eight years, I’m a humble man now,” said Frias, who sees the man he shot from time to time but says it’s “water under the bridge” now. “Even in victory, it makes me humble. The punishment you gotta go through to succeed, it humbled me in so many ways.”

When Frias emerged from prison, he attempted to pick up right where he left off in life, and that began by pursuing his dreams of a football career. He eventually made the squad of the Southern Florida-based semi-pro Southeast Football League’s Knights of Miami, playing kickoff returner and receiver. His longshot dream of making it to the next level in pro football came to a halt a year later when he tore his ACL. 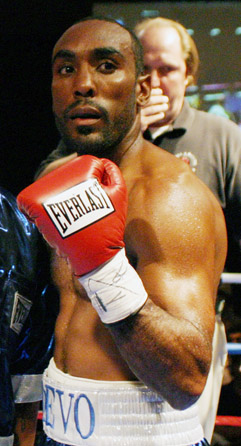 Still, Frias was able to find stability, meeting a woman whom he would marry — a school teacher — and have three children with. It’s this base that keeps him grounded and his mind focused on positive endeavors.

“I told myself I don’t want my kids to look at me and go through what I had to go through,” said Frias. “I want them to look at me like someone special. That’s why I love boxing, it’s the only sport where you can come from nothing and become something. You can show people that what you did when you was young was just a mistake. All my kids know is that daddy is a boxer, they don’t know he was in prison.

“If I don’t become a world champion, my kids will still be proud and know their dad was still a professional boxer,” continued Frias. “I want to buy them a nice house in a nice neighborhood, get a good education. I don’t teach them how I came up, that if someone takes your bike go take it back. I don’t raise my kids like that. I teach them how to be a man, but not a thug. There’s a difference between a thug and a young man.”

For this camp, Frias worked with Turkish contender Selcuk Aydin as a sparring partner prior to his challenge of Robert Guerrero for a welterweight title, as well as hard-punching Colombian Breidis Prescott as he prepares to face Francisco “Gato” Figueroa. Being around talented fighters in camp has helped him make adjustments and improve.

“I’ve been next to these guys and I ask myself, ‘what are they doing that I can’t be doing? I can throw every punch there is in boxing, is it a mental thing or a conditioning thing?’ I push myself to be my best and I motivate my own self.”

If Molina’s case demonstrates anything, it’s that fighters like Frias do have a fighting shot, albeit not one served on a platter. In boxing, odds can read 3-1 or 6-1, but once the bell sounds, you’re never any more outnumbered than 1-1.

“I guess he’s a determined fighter, just like I am,” said Frias of Molina. “I don’t know too much about him, but I want to prove myself. I have a family to take care of and I feel that I have the talent to make it to the top to become a champion.