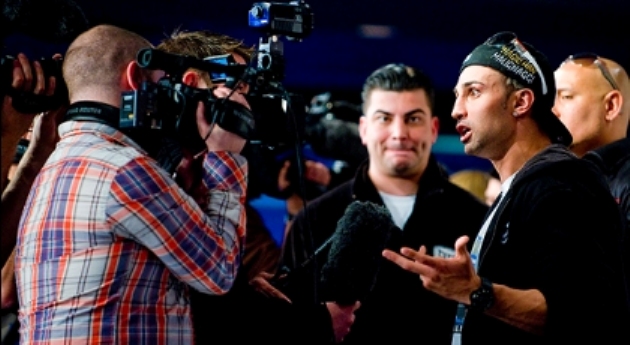 Newly-crowned WBA welterweight beltwinner and Brooklyn native Paulie Malignaggi has agreed to face Pablo Cesar Cano, but is awaiting a contract from his rival for a defense on the Oct. 20 undercard of a Showtime-televised rematch between RING, WBA and WBC junior welterweight champ Danny Garcia and four-division titlewinner Erik Morales that will mark the grand opening weekend of The Barclays Center in Brooklyn.

Being billed “Brooklyn Pride,” the show will boast several fighters from the East Coast as Garcia (24-0, 15 knockouts), of Philadelphia, takes on Morales (52-8, 36 KOs), of Mexico City, whom he floored in the 11th round of a unanimous decision that dethroned Morales as WBC beltholder in March.

“We were told by Golden Boy, our promoter, and [matchmaker] Eric [Gomez,] that he’s going to take the fight with Malignaggi. My understanding is that, particularly because there doesn’t seem to be many other options, if any, that Cano is the guy. So it was really on their side,” said Steve Bash, Malignaggi’s attorney.

“My understanding is that once Cano signs, the fight’s done because we’ve got our terms agreed upon. So it’s just a matter of getting the bout agreement. We would have preferred our fight to be the main event, but whether it was a timing thing or something else, there just weren’t that many other options for a bigger defense.”

“We’re getting the contracts worked out,” said Diaz. “But it’s going to be against Cano.”

The 22-year-old Cano (25-1-1, 19 KOs), of Mexico City, has won three straight fights — two of them by knockout — since, himself, being stopped by Morales in the 10th-round of his junior welterweight debut in September.

Cano’s manager, Rolando Arellano, told RingTV.com last month that the fight might be viable against Malignaggi.

“It appears that it may happen, you know what I mean?” said Arellano. “Cano wants it, Malignaggi wants it. We’re just getting the contracts together.”

Garcia, 24, is coming off last month’s fourth-round knockout of Khan that earned him THE RING and WBA belts. Morales, who turns 36 in September, will be back in the ring for the first time since losing to Garcia.

Morales partially blamed a pre-fight gall bladder surgery for his performance against Garcia, a Puerto Rican-American who will be after his fourth straight triumph over a current or former world titleholder following consecutive decisions over ex-beltholders Nate Campbell and Kendall Holt in April and October of last year, respectively. 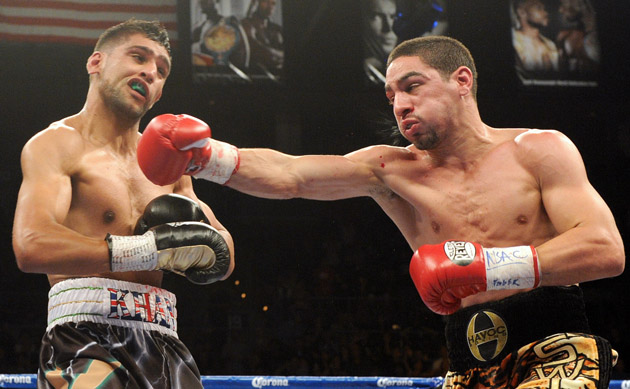 Planted between Barbara Streisand concerts, which are scheduled for Friday and Sunday, “Brooklyn Pride” stands to be aided by the combined promotional efforts of “Showtime, Showtime Extreme and, potentially, the CBS Sports network,” according to Schaefer.

Quillin, Jacobs and Gomez will face opponents to be determined.

Nicknamed, “Kid Chocolate,” Quillin, 29, is coming off a unanimous decision victory over ex-junior middleweight titleholder Ronald “Winky” Wright, whom Quillin floored in the fifth round. Quillin lived in Brooklyn for many years before recently relocating to Los Angeles to be closer to Wild Card Boxing Club where he trains.

Jacobs, 25, has scored two consecutive knockouts since, himself, being stopped in the fifth round by Dmitry Pirog (20-0, 15 KOs) in July of 2010. Jacobs is coming off a first-round knockout of Robert Kliewer in March.

Salita, 30, has won four straight, two of them by knockout, since being stopped in the first round by Khan as a junior welterweight in December of 2009. Salita is coming off a fourth round knockout of Roberto Valenzuela on Aug. 4 that was contested at 154 pounds.