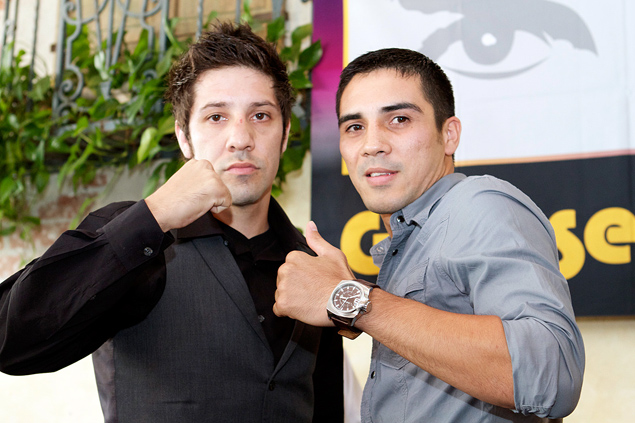 SHERMAN OAKS, Calif. — A news conference Wednesday promoting the upcoming fight between WBC lightweight titleholder Antonio DeMarco and John Molina Jr. had a serious and respectful tone to it. The fighters refrained from bad-mouthing and insulting the other, as neither seemed overly confident of his chances on Sept. 8 at the Oracle Arena in Oakland, Calif., on HBO.

DeMarco and Molina will get second billing to Andre Ward and Chad Dawson, who meet in the main event, but the lightweights feel more than capable of stealing the show. 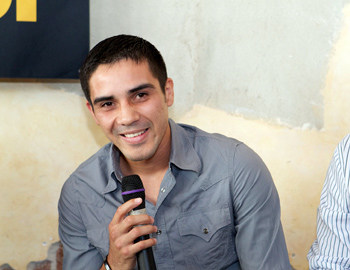 DeMarco, 26, is known more for his determination than slick boxing skills.The native of Los Mochis, Mexico, spent his early years fending off poverty and hunger, which could explain his toughness. He had to fight to survive.

“He’s the WBC world beltholder,” promoter Gary Shaw said. “Those of you who got to see him against (Jorge) Linares got to see a true warrior in the mold of Arturo Gatti.”

“We are not (over)confident at all,” he said. “We are not training at 100 percent but at 1,000 percent because we know that Molina will fight like a warrior.”

Molina is getting his first title shot at the relatively advanced age of 29. The native of Covina, Calif., is a powerful counter puncher who is constantly in search of a knockout. His high KO percentage is a product of his relentless style. 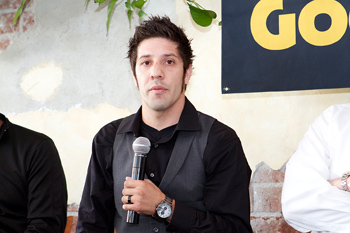 DeMarco faces a significant challenge too.

“You guys will see that what DeMarco excels in is what I excel in: grit, heart, and determination,” Molina said.

Molina also made it clear that there is no ill will between him and DeMarco, who just happens to have something Molina desperately wants

“It’s nothing personal other than that he has what I want, which is a world title,” Molina said.

And if a potential title belt isn’t enough motivation, Molina revealed that his wife is expecting a baby on Nov. 15. Entering fatherhood as the lightweight champ would be a dream come true for Molina.