Lem’s latest: A Wealth of boxing on tap 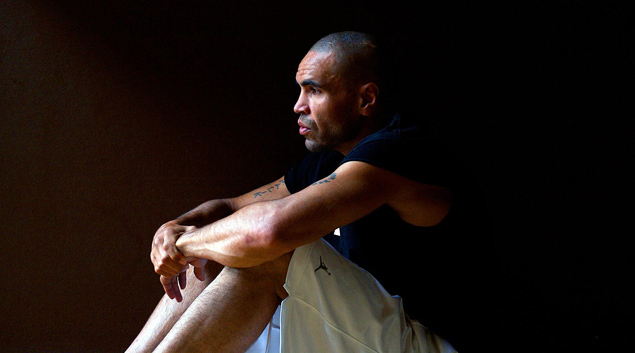 San Diego-based cable network WealthTV announced on Wednesday that it will broadcast boxing on 12 dates through 2013 in conjunction with Canadian Yvon Michel, of GYM Promotions, and Britain’s Mick Hennessy of Hennessy Sports.

The network will air live six select dates from GYM Promotions’ Montreal-based series “Fast and Furious,” with the other half coming from Hennessy’s British-based “Next Generation.”

“We’re dedicated to featuring the best boxers from around the world for our viewers,” said Robert Herring, CEO of Wealth TV. “As we ramp-up, we anticipate airing 20 to 30 live events in 2013. Hennessy Sports is allowing us to deliver on that promise.”

The “Fast and Furious” series is scheduled to air on Friday nights with the Hennessy Sports European series airing live on Saturday afternoons. WealthTV and Hennessy Sports are scheduled to feature at least four live airings in 2012, including on Sept. 21, Oct. 12, October 27 and Dec. 14.

“As the brother of Erik and Diego Morales, you know that Ivan Morales learned to fight from the best, but he’s proven himself in the ring as well,” said Oscar De La Hoya, president of Golden Boy Promotions.

“I can’t wait to see how far he can go in the future. When you mix his technical skills, power and speed with his youth and determination, I have no doubt that Ivan will eventually be a world champion in multiple divisions.”

Nicknamed “Terrible II,” and, “Nino Maravilla,” Ivan Morales has scored knockouts in his past six victories, including a first-round stoppage over Edgar Martinez in his native, Tijuana, Mex., in April.

“Everyone knows that the best fighters in the world are on the Golden Boy team and I’m proud to be associated with them,” said Ivan Morales, who went 7-0 with five knockouts in 2011. “It’s an honor and I’m willing to put in the work and fight anyone they put in front of me to get there.”

Promoted by Golden Boy Promotions, the double-header will be televised on FOX Deportes starting at 10:00 p.m. ET/7:00 p.m. PT.

Junior welterweight Cleotis “Mookie” Pendarvis (15-3-2, 5 KOs) is expected to return to the ring in September in pursuit of his sixth straight win against an opponent to be determined at Florentine Gardens, Hollywood, CA.

Although a native of a gang and drug-ridden area of Los Angeles, Pendarvis, 26, became interested in boxing as a 10-year-old, maintained a 3.3 grade average at Fremont high school despite a rotation of foster home visits, and was actually recruited as a football player and track athlete.

Pendarvis was 57-6 as an amateur before turning pro in November of 2004 and winning his first five bouts. The southpaw has served as a former sparring partner for boxers such as De La Hoya, Tim Bradley, Shane Mosley and Antonio Margarito.