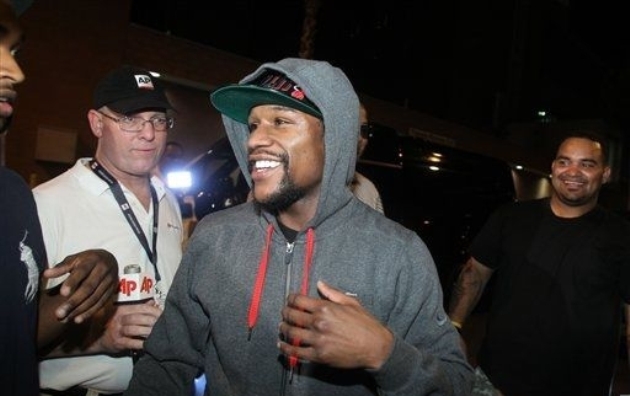 Floyd Mayweather Jr. wore a Miami Heat cap, a gray hoodie and was greeted by family members, rapper 50 Cent and a horde of media just after midnight on Friday, Aug. 3, when the eight-belt, five-division titlewinner was released from his sentence at the Clark County Detention Center that began on June 1.

The Associated Press originally reported the scene, during which the 35-year-old fighter’s welcomers included his 12-year-old daughter, Iyanna Mayweather, and Leonard Ellerbe, CEO of Mayweather Promotions.

Mayweather (43-0, 26 knockouts), whose sentence was reduced for good behavior, did not speak to reporters before driving away in a blue Bentley sedan with 50 Cent and others, according to the AP.

“Floyd Mayweather was released late last night & spent his first hours of freedom with family & friends,” read a message on the Mayweather Promotions Twitter account. “We’re glad to have The Champ back.”

Mayweather is coming off a unanimous decision over Miguel Cotto in May which added the WBA’s junior middleweight belt to the WBC’s welterweight crown he had earned with September’s fourth-round stoppage of Victor Ortiz.

Mayweather earned a combined $85 million for the wins over Ortiz and Cotto.

Nicknamed “Money,” Mayweather has been named the highest-paid American athlete for 2012, an honor that tops Sports Illustrated’s Fortunate 50 ahead of golfers Phil Mickelson and Tiger Woods at Nos. 2 and 3. 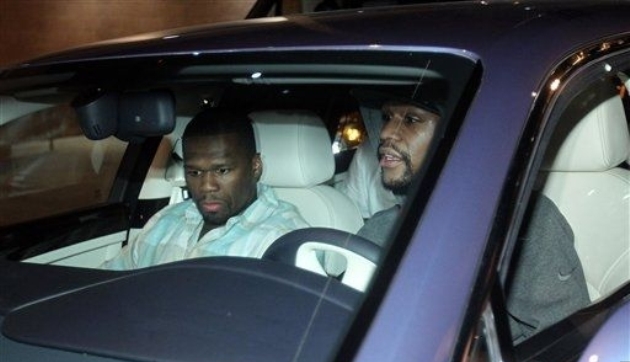 Mayweather was also honored as The Best Fighter,” or, what is essentially Fighter of The Year at the ESPYs’ in July, trumping other nominees such as RING super middleweight champion Andre Ward and mixed martial arts stars Jon Jones and Anderson Silva.

Mayweather was chosen for the fourth time in the past six years by the ESPY’s, with Pacquiao taking the honors the other two times, including for 2011.

All of the above recognition was bestowed upon Mayweather while he was serving time for charges of misdemeanor battery domestic violence and two counts of harassment in a case involving the mother of two of his children, Josie Harris.

Now that Mayweather has been released, however, the fighter is expected to assume partner duties with 50 Cent as CEOs of The Money Team (TMT Promotions.)

Although Mayweather’s past six fights have been promoted by Golden Boy Promotions, it is unclear whether or not that relationship would continue under TMT, even as Golden Boy CEO Richard Schaefer has expressed optimism about working with 50 Cent. 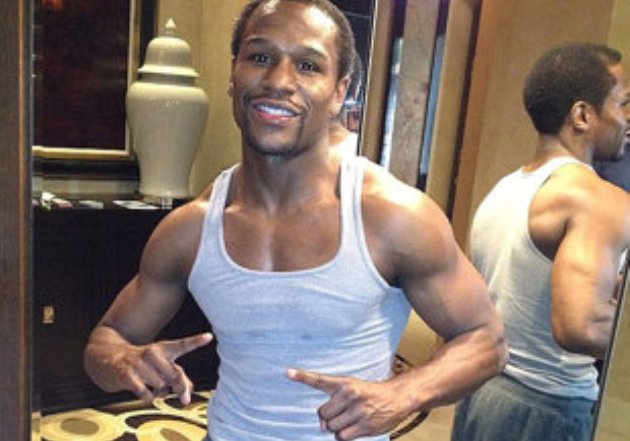 Golden Boy never has signed Mayweather to a promotional contract. But since the fighter’s company, Mayweather Promotions, does not have a promoter’s license, Mayweather paid Golden Boy a flat fee to promote Mayweather’s bouts.

TMT Promotions “was Floyd’s concept, and…it was his idea initially that he wanted to develop a company for himself and for other talent that can execute things without having to be within a traditional situation where you have to completely watch your back, 24/7. From a fighter’s perspective, you know, it’s going to be exciting to be a part of our company and something like that,” said 50 Cent during an exclusive interview with RingTV.com, his first public comments about the venture.

“When you achieve a certain level of success with your career, you start to do some soul-searching and you start to figure out what you’re actually after. Are you after a specific amount of money, or are you after something that within your legacy allows you to be someone that is remembered for more than just great projects that you’ve participated in. It becomes about helping people in a different way.”