Mayweather’s ‘not anxious’ or ‘worried’ about jail time 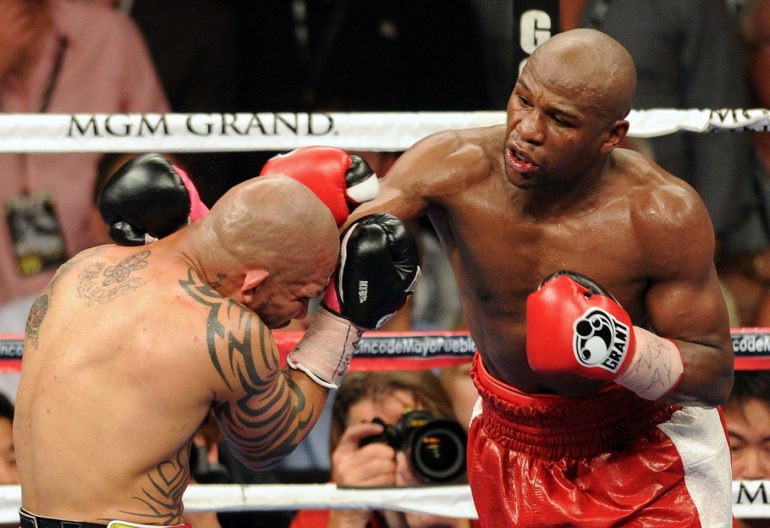 A little more than an hour before midnight on May 5, Floyd Mayweather Jr. lingered in an interview session with reporters, still basking in the afterglow of his unanimous decision victory that dethroned Miguel Cotto as WBC junior middleweight beltholder at the MGM Grand in Las Vegas.

The triumph had earned Mayweather, who turned 35 in February, his 43rd win without a loss with 26 knockouts, his eighth belt in five weight classes, and added the WBC’s 154-pound belt to the organization’s welterweight title he already owned.

But as Mayweather spoke at a press room at the MGM Grand in Las Vegas, where he had achieved his milestone less than 90 minutes earlier, questions ultimately turned to his impending jail term that was to begin on June 1 at the nearby Clark County Detention Center.

“Can’t nothing break Floyd Mayweather. Whatever hand is dealt to you in life, you’ve got to deal with that hand. That’s called being a real man. When I’m in a fight, and I get hit with good shots, I say, ‘no problem,’ because it comes with the territory,” said Mayweather.

“You guys seem to be more worried about that than I am. But you’ve got to realize that when you dish it out, you have to be able to take it, and I’m always going to dish something back out. So that’s all it is, just like in life. You know how I do it.”

Mayweather will begin doing time on Friday in a six-by-10-foot jail cell, this, after reporting to Judge Melissa Saragosa’s courtroom inside the Clark County Justice Center at 10:45 a.m. pacific time.

Click here to view photos of Mayweather turning himself in

From there, Mayweather will be delivered to authorities to begin serving an 87-day sentence for charges of misdemeanor battery domestic violence and no contest on two counts of harassment in a case involving the mother of two of his children, Josie Harris. 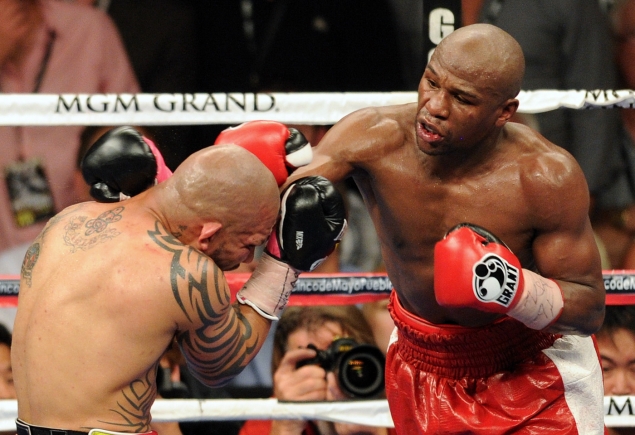 In December, Mayweather completed the second part of a plea deal that let him pay a $1,000 fine and avoid trial and January jail time for a scuffle with a homeowner association security guard.

Otherwise, Mayweather was to have served a sentence that was to begin on Jan. 6 as a result of the misdemeanor charges involving Harris.

Mayweather said that he begain training for Cotto in Feburary, swiftly working his down to running “five-minute, 45-second miles.”

“So even when it was hurting badly, during sparring, I still boxed with it. That’s part of my job. You can’t complain about things like that. You just have to suck it up and be a true champion, go out there and do your job. This is what I have chosen to do, so I’m just going to give the people what they want to see.”

Mayweather entered the fight against Cotto leaning “80-to-20” percent toward retirement, he said.

“I was feeling that way before this fight. So if it is my last fight, at least I gave the fans a good fight,” said Mayweather, whose toe-to-toe exchanges with Cotto left him with a bloody nose and slight swelling on areas of his face for one of the few times in his career. 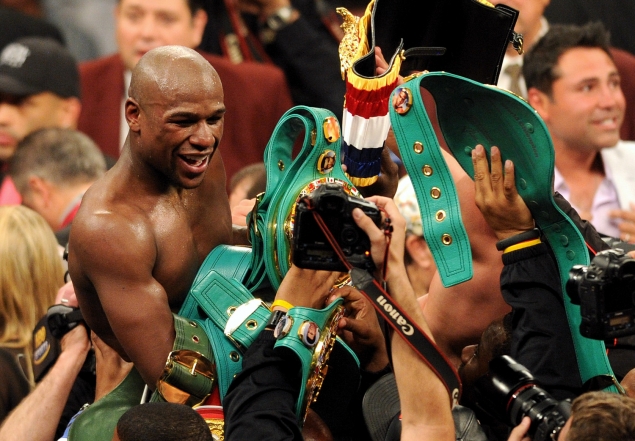 “Like I have said before, if this was my last fight, I could say that before I left the game, it wasn’t without giving the fans good bang for their buck. At least, I gave the fans their money’s worth.”

“When I’m gone away, I can sit down and write down a lot of my ideas,” said Mayweather. “I can come up with more major ideas for my company and for the sport of boxing. That’s what it’s about. I’m the face of boxing.”

Mayweather became annoyed when asked how he has addressed his incarceration with his children, two of whom stood next to him.

“What I say it to my kids is my business. My kids are not worried about that. My kids are fine. My kids are healthy. They’re going to school. They’re getting a great education. I love my children dearly. That’s who I do this for,” said Mayweather.

“My main thing is this. I’m just happy. I’m not anxious. I’m not worried. I’m just living life, you know? This stuff is small time. It’s small stuff. You all are worried about it more than I am. But that’s nothing. It’s just like a training camp.”