27
May
by Lem Satterfield 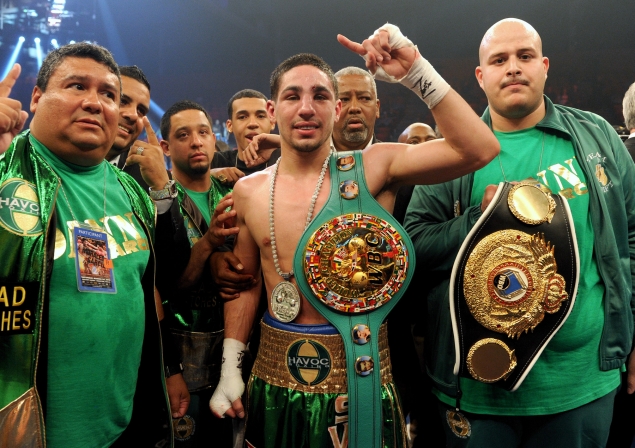 RingTV.com caught up to Angel Garcia, the 49-year-old father and trainer of Danny Garcia, who will defend his WBC junior welterweight belt opposite former IBF and WBA beltholder Amir Khan at the Mandalay Bay Hotel in Las Vegas on July 14 on HBO.

In a clash that is being promoted by Golden Boy CEO Richard Schaefer and President Oscar De La Hoya, the pairing of Danny Garcia (23-0, 14 knockouts) and Khan (26-2, 18 KOs) was made after Khan’s intended opponent, Lamont Peterson,, tested positive for a banned substance.

Peterson dethroned Khan as IBF and WBA beltholder via split-decision in December, but his positive test forced the cancelation of their rematch that was slated for May 19.

Angel Garcia dismisses the notion that his 24-year-old son is not ready for the more experienced Khan, a 25-year-old who is coached by five-time Trainer of the Year, Freddie Roach.

Angel Garcia is eager to match his son against Khan, whom he calls “over-rated,” and his wits against Roach, who also works with WBO welterweight beltholder Manny Pacquiao, and WBC middleweight titleholder Julio Cesar Chavez.

In his last fight in March, Danny Garcia dropped four-division titlewinner Erik Morales in the 11th round on the way to taking his belt by unanimous decision.

It was the third straight triumph over a current or former world titleholder for Garcia, following consecutive decisions over ex-beltholders Nate Campbell and Kendall Holt in April and October, respectively.

A father of four, including a 26-year-old son and 11-year-old twin girls, Angel Garcia espoused Danny Garcia’s resiliency, talent and progress as well as why their relationship works in this Q&A below. 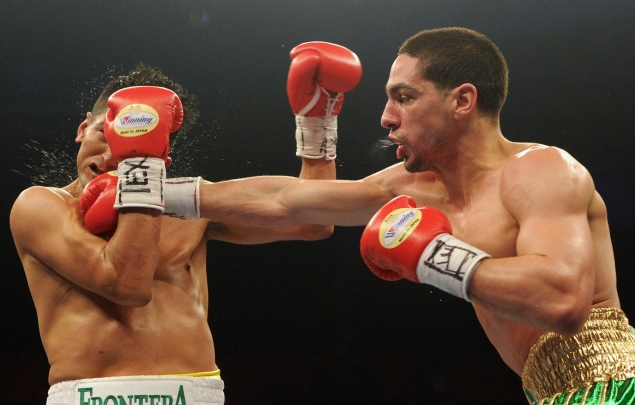 RingTV.com: What are your general thoughts on Danny’s opportunity against Khan?


Angel Garcia: I’m happy for Danny that he’s getting this type of a shot, you know? He has been waiting for a shot like this for a long time, and he deserves it. With Khan, to me, he’s an average fighter. He’s just over-rated.That’s the way that I look at him.

Danny’s got a great opportunity because Khan has no chin. He’s got a glass chin. When he got knocked out in Europe, he blamed it on his religion. But I think that any God is a good God, not a punishing God. So I don’t know what sort of religion he believes in. You got knocked out, you just got knocked out. It’s plain and simple.

I mean, to me, Peterson, you know, I thought he really beat Khan. But he blamed it on the judges. ‘So what are you going to blame it on when Danny beats you? He’s a basic European fighter and he’s got no chin. Danny has got a great opportunity to beat him.

He can run but he can’t hide. I think that he’s going to run all night. I don’t see nothing that Roach has done with him. Nothing that has changed. He slaps with his punches. Basically, he’s an over-rated fighter to me. There are a lot of fighters out there who are over-rated.”

RingTV.com: What are your thoughts regarding those who might say that Danny is not ready for his fourth straight former or current champion in a row in Khan?

AG: The thing is, half of the people who say that don’t know anything about boxing. The thing is if you’re putting a young guy like Danny against an older horse, you’re seeing a helluva fighter in Danny.

When you put him with competition that really means something, and he’s got the opportunity to prove that he’s a real fighter, people start thinking that he doesn’t have a chance? 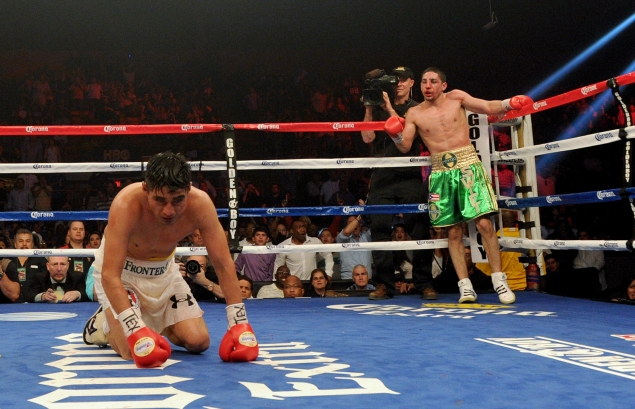 AG: That’s the thing. Danny was meant to be a fighter. People are blind to his abilities. Danny’s a natural fighter. He’s a gifted fighter. You’ve got fighters who become fighters and then you have fighters who are gifted.

That’s what he does. That’s what God gave him. People are blind to him. They go by his youth. They say that he’s young. They under-estimate him. They’re not trying to give him the props that he deserves.

A lot of people under-estimate Danny, so they’re in for a shock. Danny’s like Floyd Mayweeather — he’s going to always be the kind of fighter that people hate. When he wins, though, they will love him.

RingTv.com: Why do you say that they will hate Danny?

AG: Because he’s the kind of fighter that is under-estimated and they think that he’s a nobody and they say that he just got lucky. But he didn’t just get lucky. He’s meant to be where he is. How can he be young when he’s 24 years old.

That’s his prime. That’s when you begin to become a man. You know, the younger, the better. Every day that goes by, you’re getting older. Why not do it when you’re young? Why do things when you’re 39? 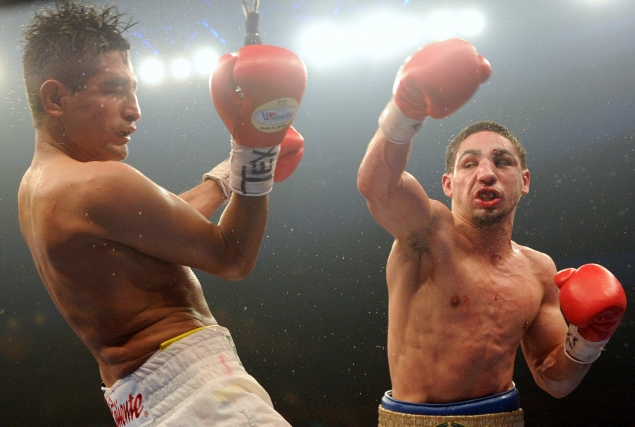 RingTV.com: How is your father-son relationship different than those between trainer and son in boxing that have soured or failed and why does your relationship work?

AG: The thing about me and Danny is that I love Danny and he loves me. That’s the most important thing in a relationship between a father and his son. It’s love.

You’ve got to truly love them. There’s no money issues. I don’t look for his money. I don’t want Danny’s money. Whatever he gives me, I’m happy with it.

AG: All of a sudden, here comes Danny out of the dark shadows. That’s God working in mysterious ways. That’s why I feel that Danny has a great chance. This is meant to be.

It’s beyond us, so that’s why I believe that it’s meant to be. So if Danny takes advantage of this opportunity and does his thing on July 14, then Amir Khan will be looking up at the lights upside down.