Grounded prospect Pearson prefers to let his talent talk for him 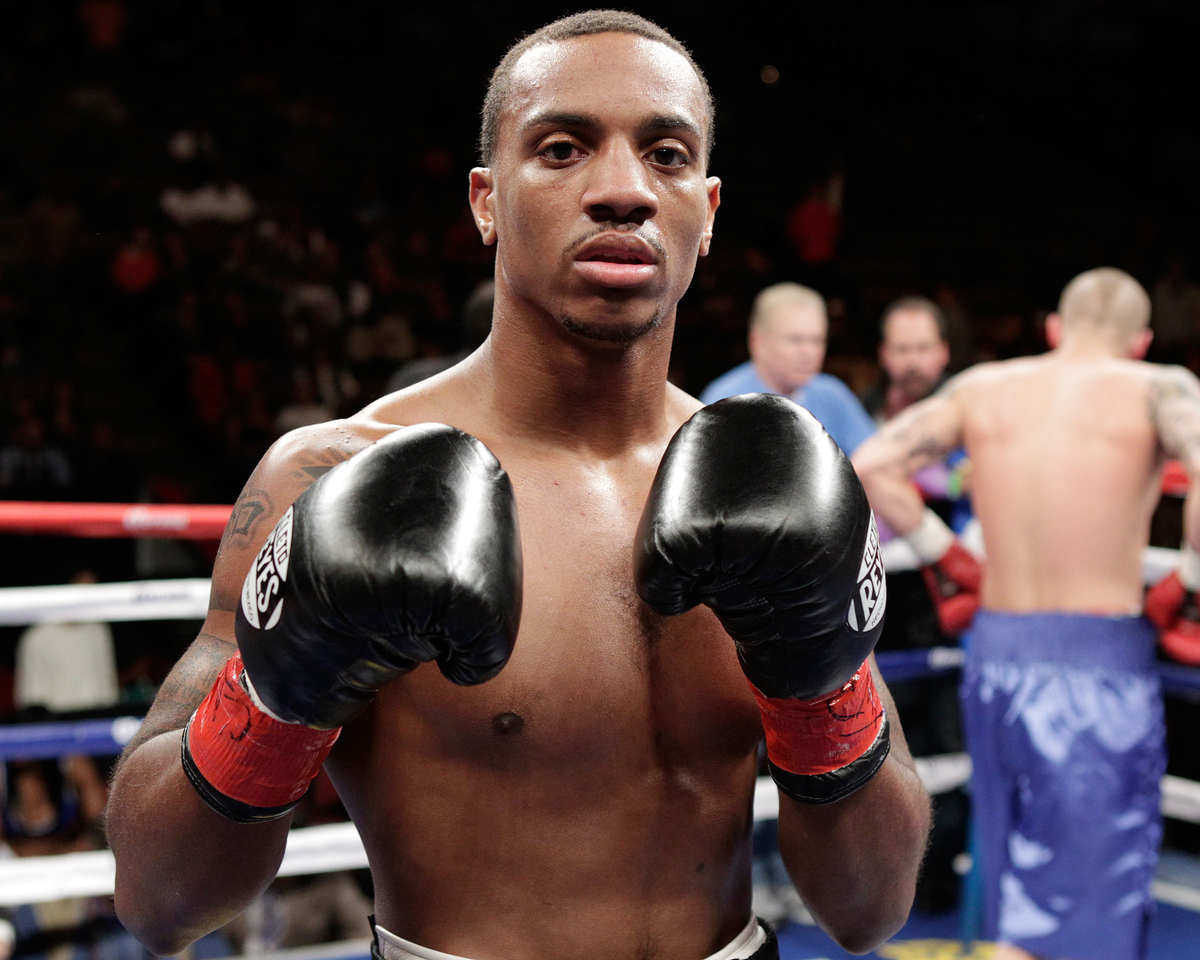 Chris Pearson grew up in a single-family home, like many boxers.

But untraditionally, it was his father who raised him and made him into the man he is today – one of the sport’s top young junior middleweight prospects.

“I credit my upbringing and my father,” the national amateur champion said of Milt Pearson. “Growing up it was just me and my dad in the house hold (since I was born), playing video games, going out. It’s not very common (growing up in a single family home with a father) – we have a close bond.

“He got me in the sport. When I was 7, he took me to a gym just to make weight for Pee Wee football. I had to lose three or four pounds. I fell in love with the sport then.” 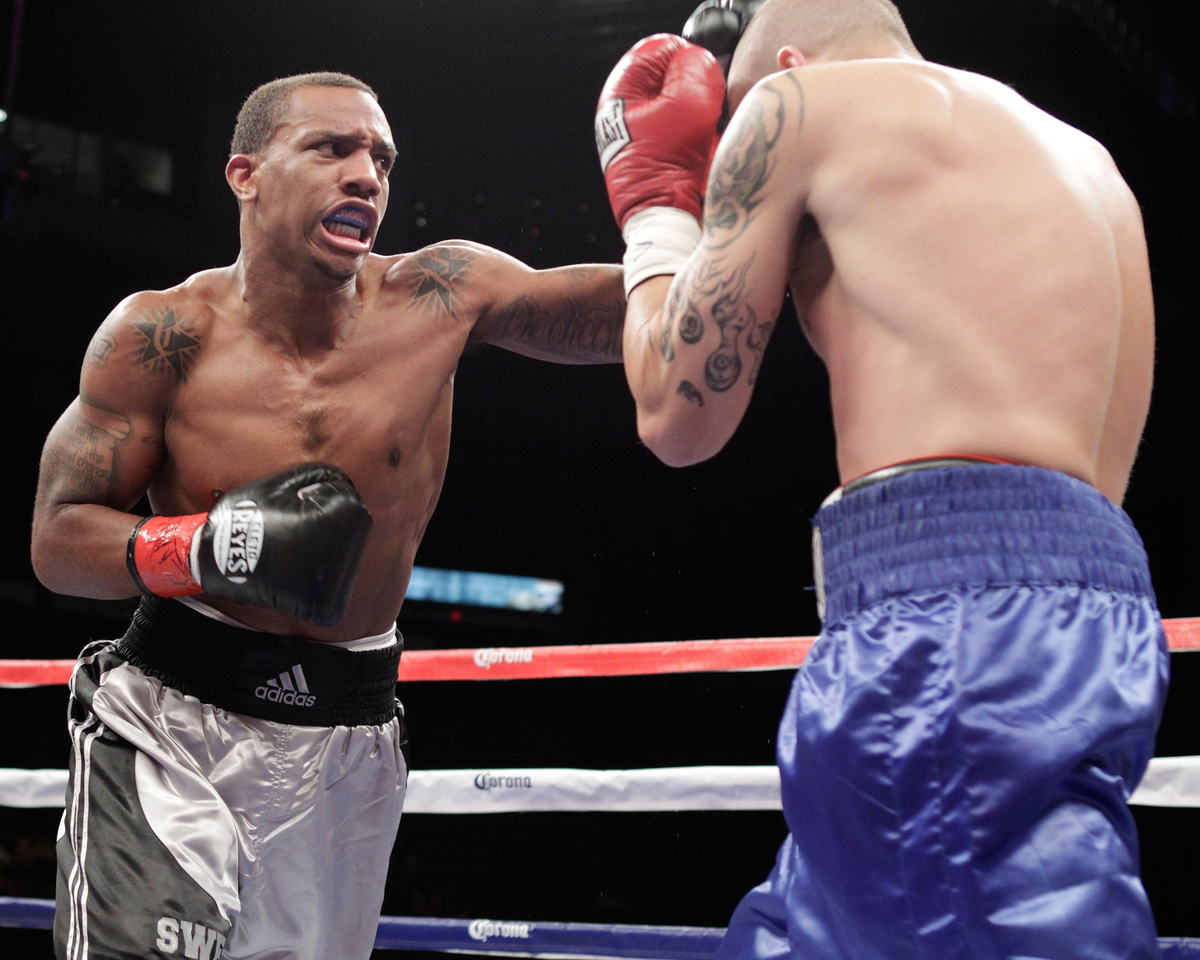 Advised by ubiquitous power broker Al Haymon, Pearson 3-0 (2 knockouts) has caught the attention of observers with his smooth boxer-puncher style. He’s already stopped two of his first three opponents in the first round, after making his pro debut on Nov. 26, 2011.

The 21-year-old native of Dayton, Ohio seems to be on the fast track in the sport, like many Haymon fighters before him and present.

“He’s a great manager, he keeps me busy,” said Pearson of Haymon, whom he has been with since October 2011. “In the next two years I’ll hopefully be in line for a title [shot]. Now-a-days every fighter wants to get with Al Haymon.”

Also unlike the great majority of pugilists, Pearson has been to college, spending a year at Northern Michigan University. But after losing at the Olympic Trials in his second fight, he decided to end his decorated amateur career (93-8) to turn pro.

“The college experience did show me what it would like to be a student, but I didn’t really feel like I would get boxing accomplished if I stayed in school,” said Pearson, who is 5-foot-10 and walks around at approximately 165 pounds.

Under the guidance of Haymon, Pearson has been afforded the opportunity to fight on some high-profile undercards, already appearing on two HBO off-TV shows. It gives him valuable exposure, which isn’t lost on the young southpaw.

“It gives me the opportunity to fight in front of a lot of different sports writers, a lot of different promoters,” said Pearson, who has been training at Mayweather Boxing Club in Las Vegas. “When you fight on these big undercards you have a chance to gain fans. I’m definitely getting a lot of good exposure.”

Pearson is gifted with athleticism and good size, but unlike many young fighters coming up, he isn’t brash or boastful, preferring to model himself after RING super middleweight champion Andre Ward.

“Ward is a very good example of how I would like to carry myself – a true professional,” said Pearson. “He don’t do a lot of talking, he’s never in trouble. He just takes care of his family, takes care of his business.

“I didn’t get in the sport to be a big, loud talker. I want my skills to speak for themselves.”

While Pearson isn’t a cocky fighter, he is confident of what he brings into the squared-circle, though he knows he has time and room to grow.

“Once everything comes together, I’m definitely going to be a tough person to beat. I really have all the tools it takes to be a world champion.”

Mike Coppinger is a member of the BWAA, THE RING Ratings Advisory Panel and the Yahoo Sports Boxing Panel. He regularly contributes to USA Today’s boxing coverage. Follow him on Twitter: @MikeCoppinger. Find an archive of his work: www.mikecoppinger.com