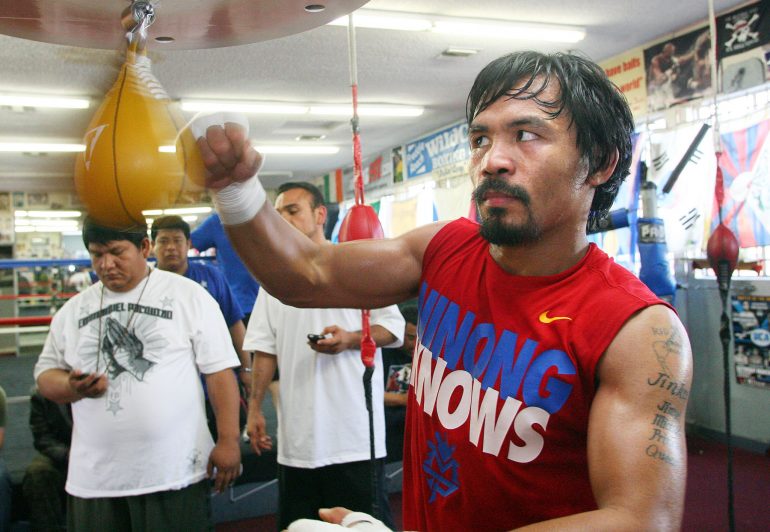 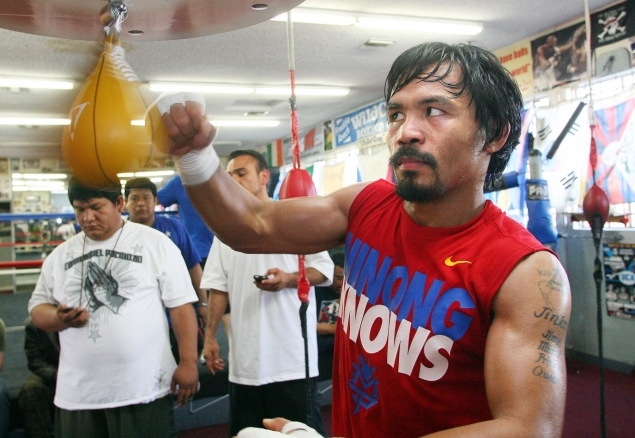 “Would Manny beat Floyd? You bet. The way to beat Floyd is to outwork him every minute of every round. Manny is the only fighter capable of executing that game plan,” said Roach, who is working with Pacquiao (54-3-2, 38 knockouts) at his Wild Card Boxing Club in Hollywood, Calif., in preparation for the June 9 fight against Tim Bradley (28-0, 12 KOs).

“Activity kills Mayweather. You need to stay busy against him and not let him dictate the pace by slowing down the fight. Southpaws are his other weakness. Manny is just a bad combination for Floyd to fight. If it would bring Floyd into the ring, I’d agree to have Manny fight him right-handed.”

Pacquiao takes a 15-bout winning streak that includes eight stoppages into his clash with Bradley, whom he will face on HBO Pay Per View at the MGM Grand in Las Vegas.

Pacquiao said that he watched Mayweather (43-0, 26 KOs) earn his eighth belt in five weight classes by scoring this past Saturday night’s unanimous decision over Miguel Cotto to earn the WBA junior middleweight title.

Mayweather’s victory ended a wining streak of three straight knockouts by Cotto, who last suffered defeat by 12th-round knockout against Pacquiao in November of 2009.

“I still love what I’m doing. Freddie and I had a good camp in the Philippines and we are ready to work very hard in preparation for Timothy Bradley. Bradley is strong, undefeated and young. I have a great deal of respect for his talents and his accomplishments.”

Mayweather is scheduled to begin serving a 90-day jail sentence for a domestic violence case involving an attack on his ex-girlfriend while two of their children watched in September 2010.

“I did not see the Mayweather-Cotto fight,” said Roach. “But I do know that Floyd’s slippery defense is now better outside the ring than inside the ring. But that is the path he has chosen.”

Pacquiao landed in Los Angeles on Saturday night from Baguio, Philipines, to continue his preparation for Bradley.

“We are on a steady pace to get Manny to where he will peak on June 9. We built a good base to build on in our training in the Philippines,” said Roach.

“Now it’s time for the hard work and the strategy. We had a good session today. Manny went a strong 10 rounds with me today on the mitts. He’ll sleep good tonight.”