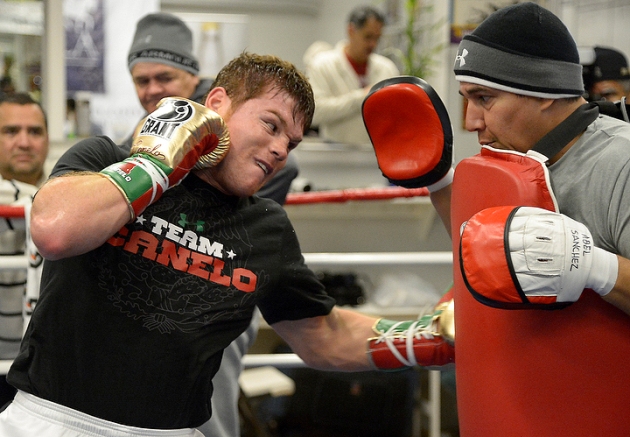 The following is the final blog of WBC junior middleweight titleholder Saul “Canelo” Alvarez‘s training camp notes as he prepares for his May 5 defense against Shane Mosley at the MGM Grand in Las Vegas.

The blog was taken from a press release distributed by Golden Boy Promotions, the lead promoter of the HBO Pay Per View-televised card featuring Floyd Mayweather Jr. against Miguel Cotto in the main event.

Alvarez is 21 while Mosley is 40, and the younger fighter is coming off a fifth-round stoppage of two-time beltholder Kermit Cintron in November.

Question for Alvarez: Most top junior middleweights are on their way up or on their way down. But middleweight holds some interesting fights for you, and your frame suggests you’ll move up eventually. Do you expect to stay at 154 pounds, and if so, for how long?

“I can’t say where I’ll be other then on May 5 when I defeat Shane Mosley. I am honored to be fighting someone of his caliber, but I will win. With the support of my entire team behind me, I am physically and mentally ready for this fight.

“Instead of thinking about future weight changes, I am feeling very comfortable at my current status. I think there are a lot of interesting and exciting fights in my future and if that means changing things down the line, then I feel confident I will rise to the occasion to do just that.

“But for now, the focus is May 5th. I know that’s a natural reaction to wonder what’s next, especially at my age. The reaction I constantly receive is that people anticipate great things from me. It’s flattering but like I’ve said, the focus should be on the present, on now.

“At this moment in my career, I feel very comfortable in my weight and that will be evident in May. After the May 5, I know discussions will be had about what’s next, but for now how about I just go out there and fight the best I can?

“I think everyone wants that. I know I do, and that’s what everyone will get. I am sure that Shane is training for the best fight of his career. Viewers can anticipate two fighters who want to win. Who will that winner be on May 5th? Well, me of course. I can’t wait.”