Chavez-Lee is slated for the Sun Bowl in El Paso, Tex.

Chavez (45-0-1, 31 knockouts) successfully defended his title by unanimous decision over Marco Antonio Rubio on Feb. 4, and will next meet the Detroit-based Lee (28-1, 20 KOs), a winner of his past 13 fights, eight of them by knockout since himself being stopped by Bryan Vera in the seventh round in March of 2008.

Lee avenged his loss to Vera following a 10-round unanimous decision in October, and is coming off last month’s second-round stoppage of Saul Duran. Like Martinez, Lee is promoted by Lou DiBella.

“Sergio Martinez is with me at the Bel Air Hotel in Beverly Hills,” said Lewkowicz, confirming an initial report by BoxingScene.com indicating Martinez’s intentions of forging the deal. “We just signed the deal at 7 p.m., so now, it’s up to everyone else involved.”

Lewkowicz said that in order for the deal to be completed, however, signatures must be obtained by Lee, DiBella, Chavez and his promoter, Top Rank CEO, Bob Arum. Lewkowicz said that WBC President Jose Sulaiman already has provided a signature indicating that the scenario is to move forward.

“Now, the only thing is that I expect that Chavez Jr. and Andy Lee, Lou DiBella and Bob Arum to sign, because Jose Sulaiman and myself already have signed,” said Martinez, whose comments were translated by Lewkowicz. 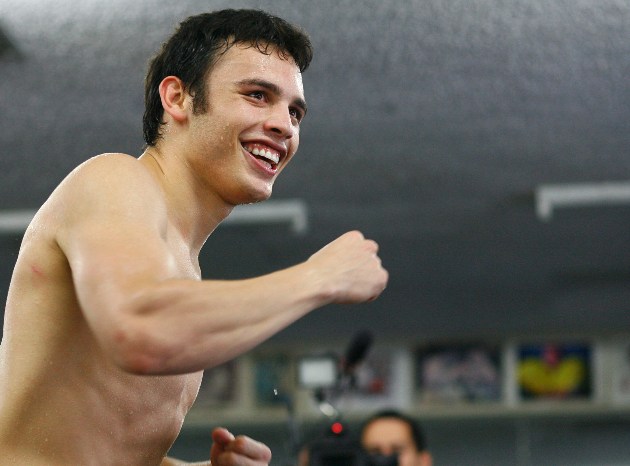 Although he indicated that the three-way deal is binding, WBC Secretary General, Mauricio Sulaiman, Jose’s son, did not clarify whether or not Chavez Jr. would be stripped of his belt if he did not sign to face Martinez prior to fighting Lee.

“The WBC’s position is that there is an agreement between the promotional parites, Top Rank and Lou DiBella, that Chavez fights Lee in June, and that the winner must fight Martinez.,” said Mauricio Sulaiman.

“The agreement is consistent with the rules for the situation that were made at the WBC’s convention, so we have heard that they are all in agreement with this. So the winner of Chavez-Lee has to fight Martinez.”

Is there a threat for the Chavez-Lee winner to be stripped of the belt if the deal does not go through?

“The winner must fight Martinez, and, conversely, Martinez must fight the winner,” said Mauricio Sulaiman. “Whomever does not comply with the ruling will lose their position. The ruling is that both parties must agree to it.”

Arum said he fully intends to go through with the plan, although he won’t likely finalize his side of the deal until he returns from vacation on April 14.

“I’m not disputing any of it. Sergio Martinez can sign whenever he wants to sign. But what I told Lou is that we’re not signing anything now because it’s Holy Week, and Chavez is away in Cancun, and I’m going to Israel,” said Arum, who is Jewish.

“I’ll be back the morning of April 14, in time for the [Brandon] Rios-[Richard] Abril fight and the [Juan Manuel] Marquez-[Sergei] Fedchenko fight. We’ll address it when we get back. But do we have every intention of fighting Sergio Martinez if Chavez beats Andy Lee? Absolutely. But we’re not doing anything until after April 14. There is plenty of time.”

That’s when Arum will resume the promotion of an April 14, split-site, pay per view card during which WBA/WBO lightweight beltholder, Juan Manuel Marquez, will face Ukrainian Sergei Fedchenko (30-1, 13 KOs) for the WBO’s interim junior welterweight belt from New Mexico City Arena in Mexico City, and RING No 1-rated lightweight Brandon Rios will meet Richard Abril from the Mandalay Bay Hotel in Las Vegas for the vacant WBA lightweight belt. 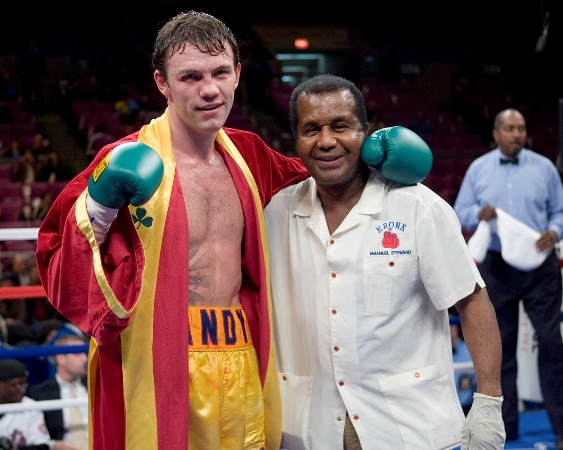 Martinez won the undisputed middleweight title with a unanimous decision over Kelly Pavlik in April of 2010 before scoring a second-round knockout of Paul Williams in November of that year in a rematch of their 2009 fight that Williams won by a controversial majority decision.

Martinez was then forced, however, to give up his WBC belt for fighting Sergei Dzinziruk in March on HBO, a bout Martinez won by an eight-round KO.

Sebastian Zbik was elevated to the status of WBC beltholder, but was subsequently dethroned by Chavez Jr. via unanimous decision in June. Chavez is coming off a fifth-round stoppage of Peter Manfredo Jr last November.