Hatton and Brook keep it clean ahead of title eliminator 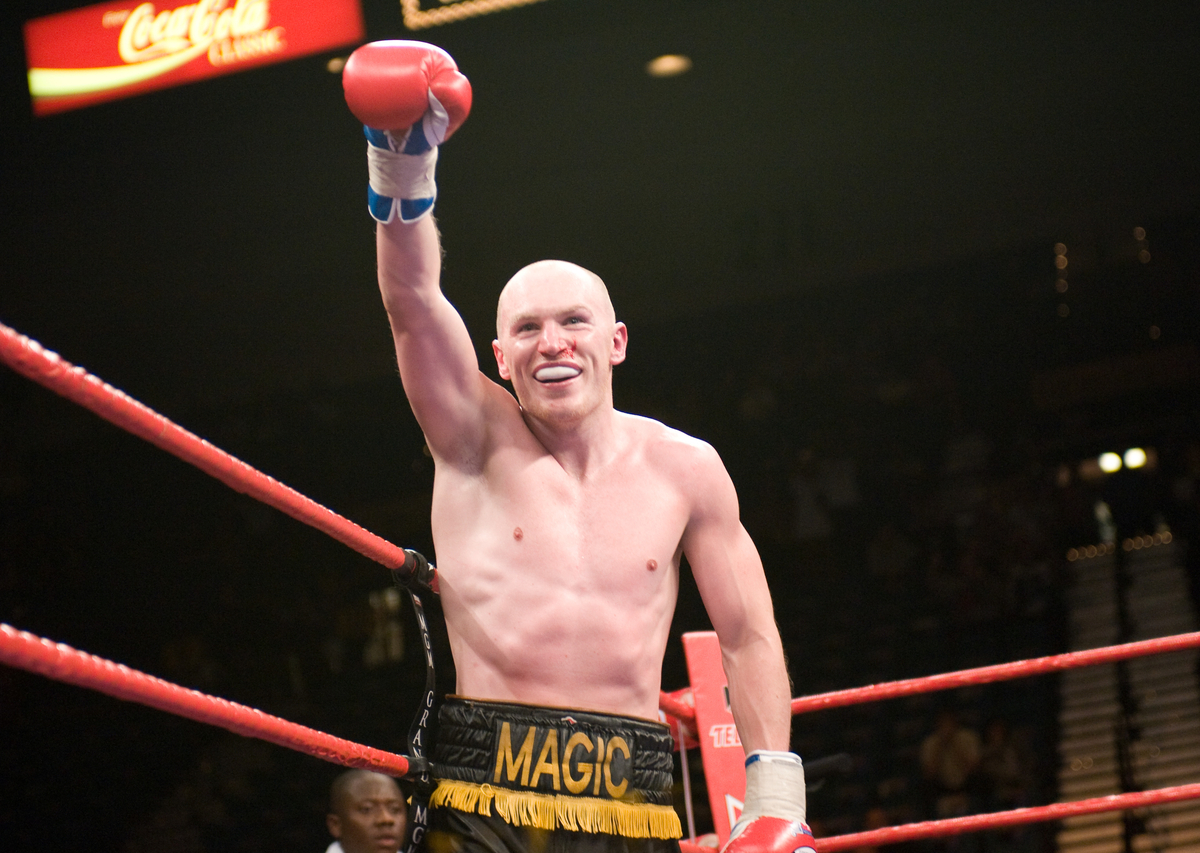 British welterweight Matthew Hatton has spent most of his professional career battling to be recognised in his own right rather than as the younger brother of ‘Hitman’ Ricky.

Hardly surprising, really, given Ricky Hattonwon titles at two weights, suffered only two defeats – to Floyd Mayweather Jr. and Manny Pacquiao – in a 47-fight career and, up until his retirement last July, was widely regarded as the best the UK had to offer inside a ring. The number of fans the Hitman used to take with him – whether it was to Las Vegas or the MEN arena at home in Lancashire – underlined the guy’s incredible popularity.

Slowly but surely, however, Matthew has begun to build a reputation for himself, and one that has nothing to do with his sibling’s achievements. There was his brave resistance in Anaheim, Calif., this time last year when, having stepped up to junior middleweight, he managed to go the distance with current WBC 154-pound holder Saul Alvarez. Although heavily out-pointed, Hatton won many new admirers across the globe for a valiant display.

Then there has been the stubborn refusal to allow that defeat to take too great a toll as he dropped back down to 147 pounds and in his first outing took the IBF international belt with a unanimous decision against unknown Belarusian Andrei Abramenk.

Now, at the Ponds Forge Arena, in Sheffield, this Saturday, the Mancunian will attempt to make a truly significant mark on the division by stopping the rapid rise of undefeated Yorkshire favorite, Kell Brook, THE RING’s No. 6-rated welterweight and WBA intercontinental holder. It is a daunting task, which most expect will be beyond him. Typically, Hatton (42-5-2, 16 knockouts) sees the title eliminator panning out rather differently.

“I’ve been into the Lion’s den before, I have fought in big arenas in front of big crowds,” said the 30-year old former European champion. “I know when things get tough that I can step it up another level. There are a lot of questions still to be asked of Kell Brook and I will certainly be the man asking them on the night.

“I am really focused for this fight. I know I will have to produce the best performance of my career to beat Kell. I am confident I can do both these things. Training has gone fantastically. The proof will be in the pudding.”

As for shedding the burden of being a Hatton, he is adamant that is no longer an issue, especially with Ricky forging a successful career as head of Hatton Promotions and securing decent fights for his growing stable, including Matthew.

“People expected too much of me when I first turned professional because of the Hatton name,” he said on Sky Sports’ Ringside show. “But I am very proud of everything Ricky has done, and, though sometimes they say I am, ‘the other Hatton following in the footsteps’ or ‘in his shadow’, it’s something that doesn’t really concern me.”

Being the first to inflict a reverse on 25-year-old Brook will be no mean feat. For there is a real assured calmness about the way the powerful, skilful Sheffield contender conducts his business these days. Nothing seems to phase Brook (26-0 18 KOs) as he ascends the world ladder and his humility and personable character speak louder than any brash trash-talking.

If you expected that ahead of an all-British carve-up, which is made all the more spicy by the intense War of the Roses rivalry between Lancashire and Yorkshire, then you were mistaken. Sure a 15,000 sellout crowd means there will be a crackling red-hot atmosphere on the night but neither fighter wants to stoke the tension beforehand with unnecessary verbal swipes at the other.

“I don’t hate my opponent – but I know he is stood there across the ring trying to take food off my table,” said Brook, whose partner gave birth to a baby girl last month. “I’ve got a family now and I’ve got something to fight for. When I get up in the morning to hit the gym hard, I am thinking about my daughter. It gives me those extra gears when I’m feeling tired and to up it that little bit more.”

You would imagine Brook’s growing maturity and sense of responsibility can only enhance his already impressive assets in the ring, which he readily admits will need to be flowing at full throttle if he is to get past Hatton.

“I’ve had pressure all my career – people expecting me to win this championship or to be a star. But I know Matthew will be no walkover. He is a very game fighter,” said Brook, who in December showcased his talents in the States, scoring a 5th round TKO against American Luis Galarza at the Boardwalk, Atlantic City.

“A lot of people are saying I am the favorite, but believe me that doesn’t mean I’ve been slacking off. Anything can happen in boxing, we all know that. The winner is going to be fighting for a world title. It is going to come down to who the better fighter is and who is the No. 1 in this division. I believe that’s going to be me.”