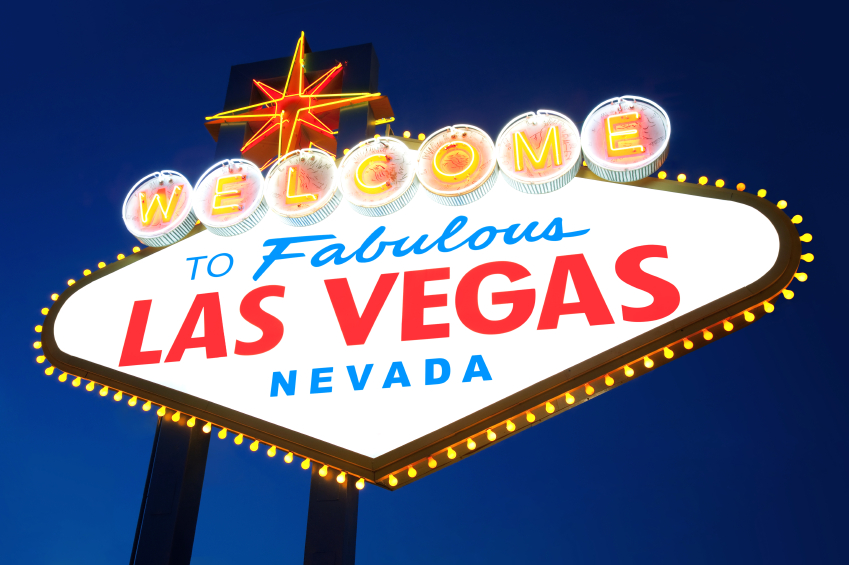 Friday, February 24: Staying on East Coast time, I officially began my day at 7 a.m. following six hours of less-than-stellar slumber. Once I completed my morning routines, my mind turned toward reflections of Las Vegas’ pivotal role in boxing history. Although Nevada legalized boxing in 1897 and hosted several notable title fights (Fitzsimmons-Corbett, Johnson-Jeffries and Gans-Nelson among others), Las Vegas didn’t really enter the fray until May 27, 1960 when it hosted its first title fight between welterweight champion Don Jordan and Benny “Kid” Paret.

During the “Golden Age” of the 1930s through the 1950s, the biggest fights were held either in New York City or at the local attractions’ home areas. After Paret dethroned Jordan via 15-round decision, the Convention Center in Vegas became a semi-regular venue for title fights, including the rematch between Sonny Liston and Floyd Patterson and the fourth meeting between Gene Fullmer and Sugar Ray Robinson. The relationship between boxing – which columnist Jimmy Cannon called “The Red Light District of Sports” – and Las Vegas, not the most wholesome of towns, was obvious and ultimately fruitful.

The casinos – flush with funds from unlucky gamblers – offered promoters a far better deal: Instead of paying rent to secure arenas like Madison Square Garden, the casinos gave promoters site fees for the privilege of hosting the event. This new business model proved lucrative for all sides and from the 1970s through the end of the 20th century Las Vegas (then Atlantic City) drew the lion’s share of boxing’s biggest events.

Throughout my formative years as a fan, it seemed like Vegas was hosting an important fight almost every week. The Convention Center eventually gave way to Caesars Palace, The Dunes, The Hilton Hotel and the Riviera Hotel and Casino. Later on the Mirage, MGM Grand, Mandalay Bay and the Thomas & Mack Center attracted the lion’s share of mega-events while Arizona Charlie’s, Bally’s Las Vegas, the Orleans, the Palms, the Showboat and the Silver Slipper hosted countless club shows.

A Vegas boxing weekend was not only was a sporting event but also a “bucket list” experience for fans and a reliable revenue injection for a myriad of businesses. It was a dynamic that appeared destined to continue for decades to come.

With the explosion of stars beyond America’s shores capable of filling soccer stadiums in their homelands and the discontent the sterile casino atmosphere engendered, Las Vegas’ role in boxing has been dramatically reduced, at least when compared to the glory days. For the past several years, the powers-that-be have attempted to revive the spirit of bygone days by bringing bigger fights closer to the fans in an attempt to create local brands and new fans. With travel costs skyrocketing and economic conditions sagging this was a move borne of survival as much as marketing. But the move has worked, the latest example being the excitement in Washington, D.C. when hometown hero Lamont Peterson shockingly dethroned Amir Khan at the Convention Center last December. Ironically, Mandalay Bay is slated to host the May 19 rematch, which shows that Vegas still has a foothold in boxing’s firmament.