Hylon Williams rolls the dice in Vegas on FNF 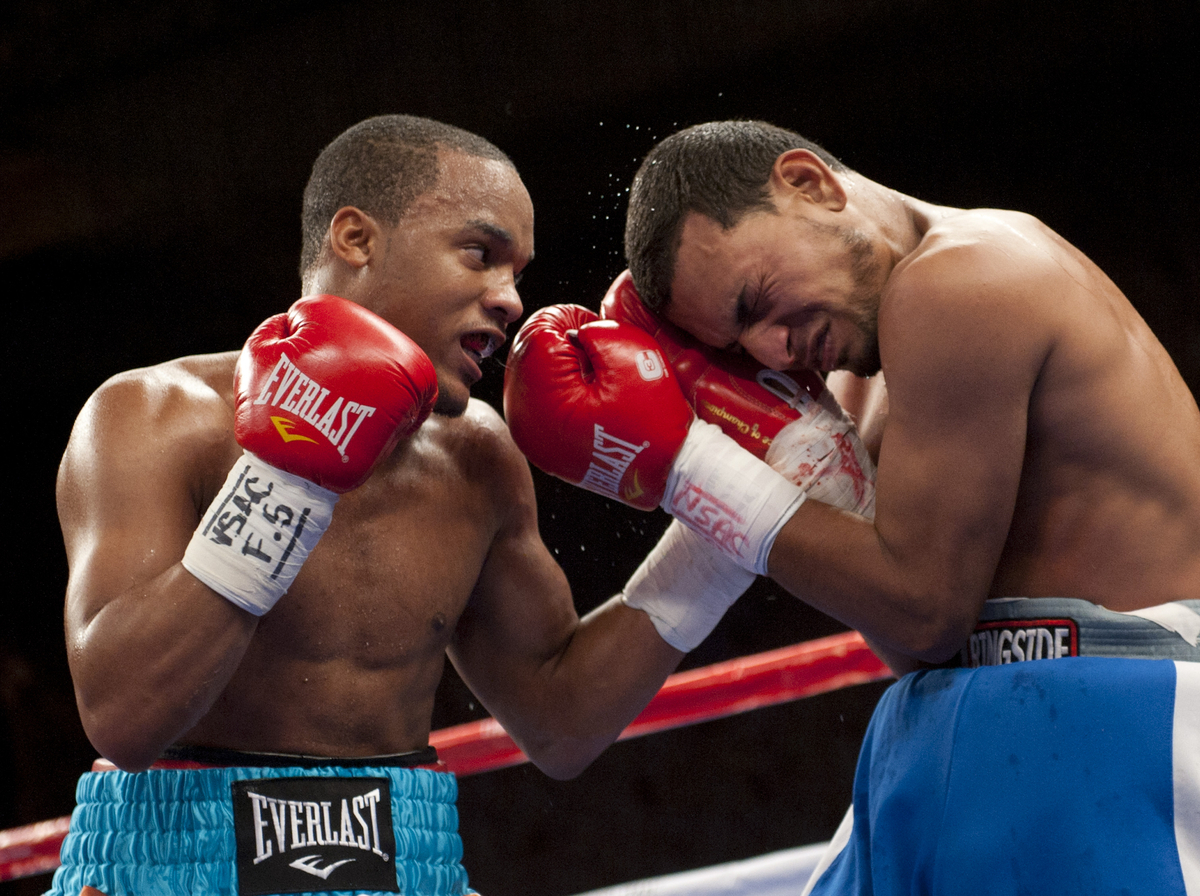 It’s not often that parting ways with a major promoter or a manager of a world champion results in particularly good things for a fighter.

Hylon Williams Jr. is out to become the exception to the rule with this week’s edition of ESPN’s Friday Night Fights.

In late 2010, the lightweight prospect had a falling out with trainer Willie Savannah, and went AWOL from his Houston gym. The quarrel led to a severing of ties with promoter Golden Boy, and 16 months away from the ring for the young man who was being touted as a future champion at 135.

“Just little pet peeves. Savannah with his old style, and me being young and up and coming, we had our differences,” Williams told RingTV.com of the issues back home in Houston. “Everything’s good now, there’s no beef. No problem with either Golden Boy or Willie Savannah anymore. We never had a problem with Golden Boy, actually.”

Problem or not, Williams needed new representation, and fell right into the arms of Luis DeCubas, a man with a wealth of experience handling exilesÔÇöquite literally. DeCubas, a Miami-based promoter, has a hand in guiding the careers of Cuban stars Guillermo Rigondeaux and Erislandy Lara, as well as prospect Yordenis Ugas.

For a cornerman, DeCubas suggested another Cuban amateur standout, Ramon Garbey. To say the two hit it off would be an understatement, as the prospect even moved in with Garbey in Miami.

Even if he had support before, there’s no question that it was of the cautious variety. Of Williams’ 15 opponents, just five of them had winning records. In Williams’ opinion, if he were still aligned with the former regime, he wouldn’t be facing Rances Barthelemy on ESPN this Friday.

“Not saying that I wanted to jump the gun and call out this guy and do this and do that. It was just that, still, today, if I was with them, they would have preferred me to take my time,” said Williams of his former backing.

A successful amateur with knockout power, Barthelemy (14-0, 11 KOs) is quite the jump from the 8-33-2 Andre Baker, whom he breezed to a decision over in his last outing.

The 21-year-old volume-punching boxer is privy to this however, having fought on the same card twice at the Cosmopolitan Resort in Las Vegas. During those times, DeCubas mentioned that Barthelemy might be the next step, and the fight could be made if he felt ready. His team noted that he would be in the ring with a rangy puncher, something he hadn’t seen yet in live action.

“I told him, that comes in boxing. Floyd (Mayweather) had to deal with it with (Diego) Corrales, Ray Leonard dealt with it when he fought (Thomas) Hearns. This is what boxing’s been needing, not picking and choosing and the pretty records,” said Williams. “Not saying we’re trying to live the same road as Floyd, but a lot of people are not willing to take that chance, and there comes a time in boxing when you have to be made or broken.”

In a sure homage to Mayweather and his “Money Team,” Williams uses the “#teamcheese” hash tag on Twitter. If he wants that cheddar in the near future though, he knows that his second Friday Night Fights appearance has to be a little more thrilling than his lopsided decision over Marcos Herrera last April

“I was fighting outside, in 40 miles per hour wind, dealing with Las Vegas altitude. But there wasn’t a post interview where I could explain my story,” said Williams, before moving on to the task at hand. “We’ve got a surprise, though. We’ve got a surprise.”

As “boring” as the Herrera fight was for onlooking fans, he says that’s how bored he was with less than stellar opposition. But just as he’ll look to his cast of Cubans to help him strategize for his Cuban opponent, he’s found solace in one of his stablemates that taking chances in boxing is sometimes just the right thing to do.

“Like, Lara vs. Paul Williams, people still to this day want to know why did that happen? And even in Lara’s loss, he’s gained,” notes Williams. “So that’s how we’re going about it. It’s go hard or go home.”