Chilemba aims to impress on FNF

When Isaac Chilemba got the call from Lou DiBella offering him, on three weeks’ notice, a headline fight with Edison Miranda on ESPN’s Friday Night Fights, the South African warrior didn’t think twice about it.

Chilemba (18-1-1, 9 knockouts) has been waiting for a break like this – prime American television exposure and the chance to show he belongs with the best of the light heavyweight crop – and he’ll get it on Friday at the Texas Station Casino in Las Vegas.

“I think it’s a helluva fight,” said DiBella. “Isaac’s a very, very good fighter. Obviously Miranda’s got a lot of punch, he’s a very strong guy who has punching power. Isaac’s a better boxer and has a little pop. (His) game now is more well-rounded.

“You’re always a little nervous when it’s short notice, but you have to jump on that big opportunity. I think he’s certainly one of the best prospects, but we’re going to learn a lot on Friday.”

In Miranda (35-6, 30 knockouts), the 24-year-old South African is facing a fighter past his prime and two weight classes north of his best days. Miranda does, however, represent the toughest test of Chilemba’s young career, having fought the likes of Kelly Pavlik, Lucian Bute and Andre Ward.

Miranda, 31, was slated to rematch Cuban Yordanis Despaigne after their bout on ESPN 2 ended controversially in 2011 when Miranda was curiously disqualified for repeated low blows in the fifth round. The blows were on the beltline and Despaigne appeared to act his way to the DQ win, setting up the rematch.

Despainge pulled out of the fight just three weeks prior, claiming he wasn’t “mentally ready” after his upset loss to Cornelius White in late 2011. That left the door open for Chilemba, who now has a chance to prove himself to an American audience. 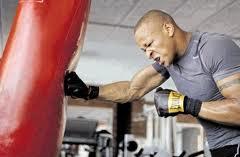 “This is my time to shine, to show people what I’ve got,” Chilemba, who was born in the small east African nation of Malawi, told RingTV.com. “It’s going to be a very exciting fight. I’ve got everything that it takes to be a champion. Boxing fans will like my style. I’m bringing everything I’ve got to this fight.”

Chilemba is confident that his performance on Friday will show that he can become a major player in the loaded light heavyweight division, and that he stacks up against the best 175 has to offer.

“I’m looking forward to meeting [one of the top guys at 175],” said Chilemba. “Tavoris Cloud and Chad Dawson, I’m keeping my eyes on them. I watch their fights every time they fight. I’m working on their styles. When I meet them I’ll know exactly what to do.”

The rangy, 6-foot-1 fighter, who lives in Johannesburg, South Africa, had his career-defining match in 2010, a fight at 168 with fellow South African Thomas Oosthuizen. They fought to a draw, but with both fighters now competing under the DiBella promotional banner, a rematch could be in the future.

“Never say never. I hope one day it will happen,” Chilemba said of a return bout with THE RING’s No. 6-rated super middleweight. “Hopefully one day we’ll both be on top and I’ll be happy to have a rematch to justify that I won last time. Last time I had to go down to 168. His camp said he needed two or three more fights before they let him back in the ring with me. I’m hoping in the next year or two we’ll meet again.”

Chilemba knows Miranda poses a stiff test, but he is sure he will dispense of him and go on to bigger and better things.

“We’re working on his power, he can be dirty sometimes,” said Chilemba. “He hits with low blows and does everything he can to try to frustrate you. We’re working on those.

“I’m not really looking for a knockout, but I don’t see the fight going the distance. I’m going to try to overpower him and looking to outbox him, outpunch him and take the fight to him. Trust me, he will be in big trouble.”

Mike Coppinger is a regular boxing contributor to USA TODAY and THE RING magazine. He is a member of THE RING Ratings Advisory Panel, the Yahoo Sports Boxing Panel and the Boxing Writers Association of America. Follow him on Twitter: @MikeCoppinger