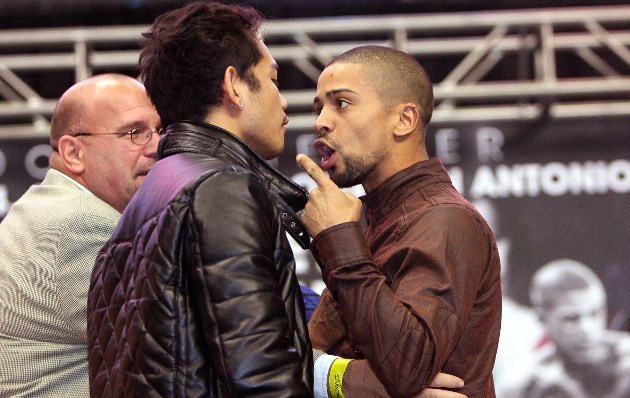 Things got heated and physical during between Nonito Donaire and Wilfredo Vazquez Jr. during their face-off at Thursday’s final press conference for their HBO-televised fight in San Antonio, Texas.

Donaire (27-1, 18 knockouts) is making his 122-pound debut against Vazquez (21-1-1, 18 KOs) at the Alamodome this Saturday following a one-sided unanimous decision over WBO junior bantamweight titleholder Omar Narvaez in the final defense of his WBC/WBO bantamweight belts last October.

“I know he has good power and decent speed. I respect him as a fighter. But in terms of overall skill, I have the advantage,” said Donaire in an earlier interview with RingTV.com. “It’s going to be a great fight. We both are coming to win and the fans are going to get their money’s worth.”

Donaire and Vazquez are fighting for the WBO 122-pound belt vacated by Jorge Arce, who took the crown from Vazquez by 12th-round stoppage last May before dropping down to earn the WBO’s bantamweight belt with a unanimous decision over Angky Angkota last November.

Thursday’s shoving match was started by Vazquez, according Rachel Donaire, who serves as her husband’s business manager.

“They were face to face, and Nonito kept his hands to himself, and then Vazquez removed Nonito’s hat. And then Nonito touched him back and they started touching each other and pushing,” said Rachel Donaire.

“I don’t know what Vazquez thinks that he’s doing yelling at Nonito in Spanish, because he knows for damn sure that Nonito doesn’t understand a word he’s saying. He might as well have been talking in Pig Latin.”

The intensity appears to be the result of a series of tweets, one of which was directed at Nonito Donaire by a member of Vazquez’s camp, according to Rachel. 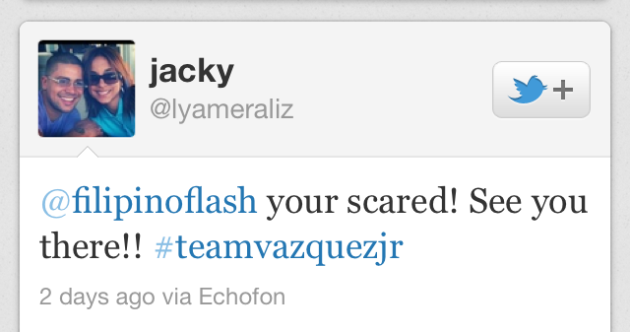 “They are trying to play mind games. The first mind game was that Vazquez’s wife was twittering Nonito. She twittered him that he was ‘scared,’ and, ‘I’ll see you there.’ So she basically challenged him,” she said.

“But Nonito just said, ‘you talk crap, but your husband doesn’t,’ because they hadn’t said anything to each other. So she told Vazquez that Nonito was disrespecting her. So, that’s what came up at the face off today at the press conference.”

DONAIRE HAS WALKED THE WALK, IF NOT THE TALK

The last two fighters who trash-talked to Donaire wound up being knocked senseless.

Vic Darchinyan was 28-0 before Donaire stopped him in the fifth round in July of 2007, and Fernando Montiel was, likewise, stopped for the first time in his career by second-round knockout in February of last year.

“The first time Nonito was in a verbal fight was with Vic Darchinyan, but no one touched each other. The second time was with Fernando Montiel, and Montiel actually put his fist on Nonito’s chin during the face off or the weigh-in,” said Rachel Donaire.

“Both of those fights, well, we know how they ended. So even though it’s not that common, you know, it’s hard to frustrate Nonito. He’s someone who is always going to give you respect. So that’s why I think that Vazquez had to create something to get himself riled up.”

Vazquez is a hard-punching junior featherweight himself, having stopped five straight opponents prior to the loss against Arce. 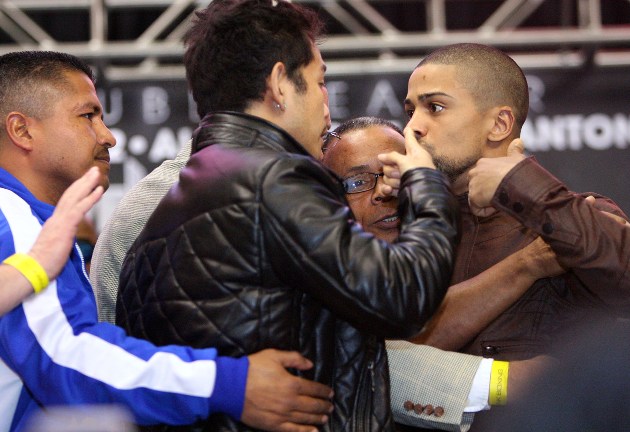 Top Rank Inc. CEO Bob Arum has some big plans for THE RING No. 5-rated middleweight Julio Cesar Chavez Jr. (44-0-1, 31 KOs) should the WBC beltholder get beyond his fight against Marco Antonio Rubio (53-5-1, 46 KOs), the co-featured bout on Saturday.

Among them is a clash with former two-time welterweight beltholder Antonio Margarito, who is coming off a ninth-round stoppage loss to WBA junior middleweight beltholder Miguel Cotto last December.

“[Rubio] is a real, real tough fight. I’ve been talking to [Top Rank Vice President] Carl Moretti, and, with Chavez, we want him to fight three or four times this year,” said Arum.

“So Chavez is going to fight another HBO fight, and then we’re looking to do a big pay per view fight in September agianst Margarito if he comes through.”

But getting beyond Rubio could be a big ‘if.’

Rubio is after his seventh straight knockout, his 10th stoppage in 11 consecutive victories, and is coming off a fifth-round stoppage of Matt Vanda in December.

Five of Rubio’s most recent stoppage victories were accomplished last year, including an ESPN2-televised seventh-round knockout of hot 21-year-old prospect David Lemieux, who entered the fight with a mark of 25-0, with 24 knockouts. 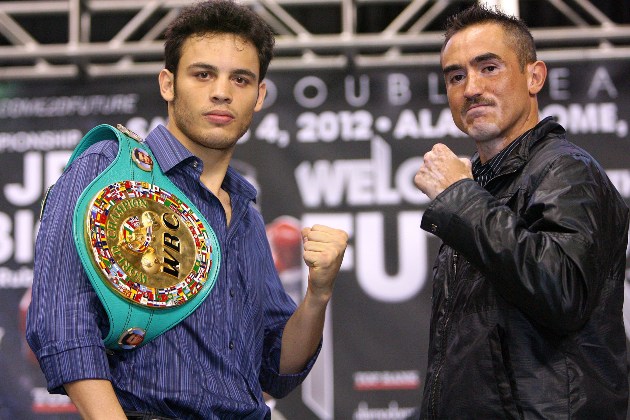