Arum has big plans for the fast-rising Donaire 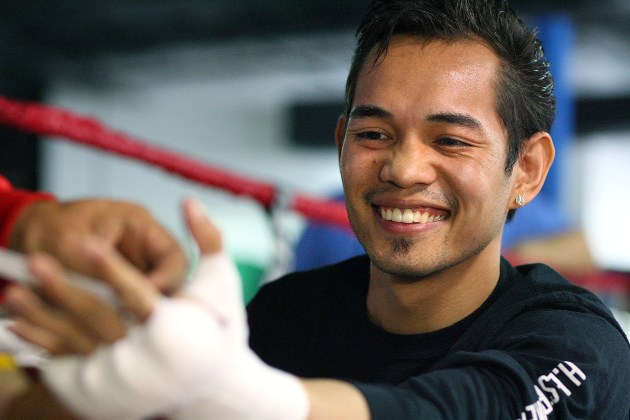 Donaire (27-1, 18 knockouts) grabbed a microphone and began interviewing Arum himself.

Arum also likes a potential bout against two-time Olympic gold medalist Guillermo Rigondeaux, whose last fight — only the ninth of his pro careeer — was a sixth-round knockout of previously unbeaten Rico Ramos to win the WBA junior featherweight title on Jan. 20.

But first, Donaire has to get beyond HBO-televised fight with Wilfredo Vazquez Jr. (21-1-1, 18 KOs) at the Alamodome in San Antonio, Texas, on Saturday. Donaire-Vazquez is the co-feature to Julio Cesar Chavez Jr’s WBC middleweight title defense against Marco Antonio Rubio.

“If Nonito wins the fight, then his next fight will be against Arce,” said Arum. “We were discussing that today, and I would think probably some place in Texas or El Paso or something like that. Nishioka’s involved and factors in, and Rigondeaux factors in. It’s a hot, hot division.”

Donaire will make his 122-pound debut against Vazquez for the vacant WBO junior featherweight belt that was vacated by Arce, who took it from Vazquez in May before dropping down to earn the WBO’s bantamweight belt by unanimous decision over Angky Angkota in November.

The RING’s No. 4-rated pound-for-pound fighter, Donaire had trouble making the 118-pound weight limit for the match up with Narvaez, and ballooned to 131 pounds just a few hours after the weigh-in. 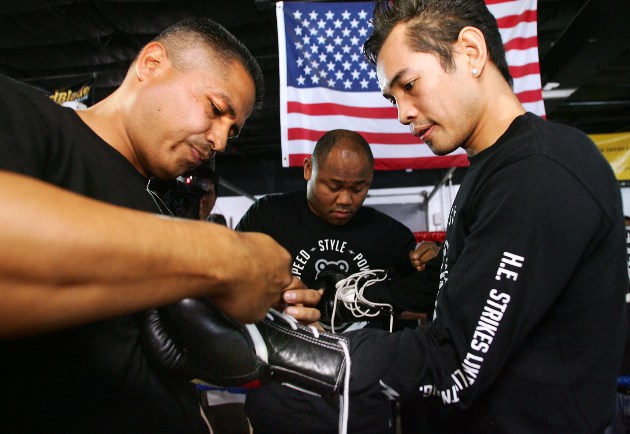 “We’re not concerned about the weight. We know that he will handle that. But he’s got a very, very difficult fight against Vazquez to concentrate on,” said Arum.

“Let’s see how he handles that fight, and once he comes through… then we’ll definitely match him with Arce and then Nishioka. I want thim to fight four times this year. Whatever it takes. I don’t want him fighting only twice a year.

Below is a Q&A with Donaire regarding his bout with Vazquez:

RingTV.com: Is the weight-cutting for this fight different than it was before your last fight with Narvaez? Is it easier to make 122 pounds than it was at 118?


Nonito Donaire: It’s been great.  I eat everything I want.  I’m eating an omelet for breakfast today and had a nice dinner last night. My power is still there.  My speed is still there.  I feel very confident.

RingTV.com: What are your thoughts on Vazquez’s weight-cutting issues?

ND: I only worry about myself.  If Vazquez has weight-cutting issues that’s his worry, not mine.  It’s only an issue if he is over the weight limit at the weigh-in.

RingTV.com: Knowing what Vazquez might be going through, do you see any advantages or things that you might be able to take advantage of given Vazquez’s problems making weight?

ND: I don’t know if Vazquez has a weight issue.  I know he has good power and decent speed.  I respect him as a fighter. But in terms of overall skill, I have the advantage. 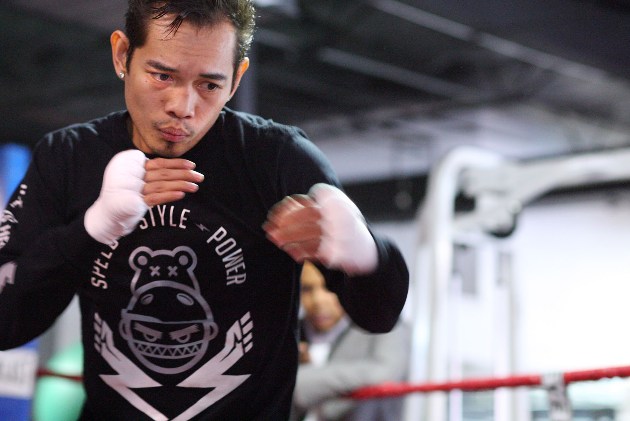 ND: It’s going to be a great fight.  We both are coming to win and the fans are going to get the money’s worth. The fans in San Antonio know their boxing.  I am so happy to be fighting for them.