For the sons of famous men, two little letters – Jr. – can be a powerful blessing or an enduring curse. The deeds of a father can greatly benefit his children in terms of financial security during their formative years as well as access to opportunities only fame and familiarity can provide.

For actors, it could mean the fast track to cameos and commercials as well as friendlier ears during auditions. For the offspring of tycoons it offers one-of-a-kind access to the secrets of success and, if they learn those secrets well, being given the keys to the kingdom one day. 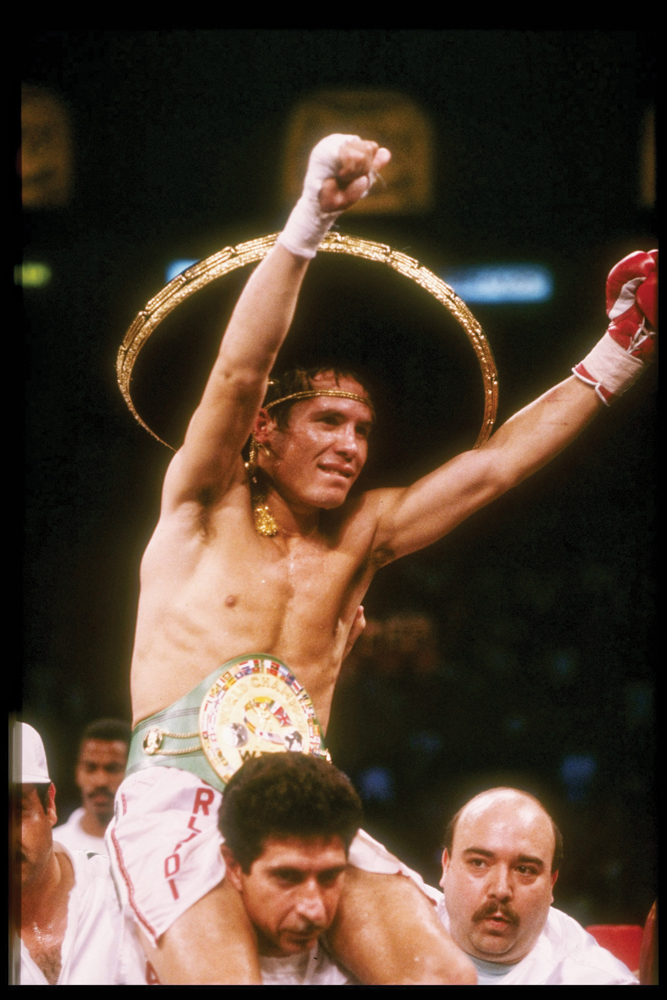 The flip side of being a Junior is the enormous weight of expectations – especially if he decides to follow his father’s footsteps. This phenomenon is especially harsh in the sports world for a variety of reasons. Those who worshipped the father in his prime demand that the son’s performances help them recapture their youths. Veteran media members that delighted in the father’s successes hype their sons’ arrivals based on the past good feelings. But if they fall short of the mark, the reprisals can be – and often are – venomous and vicious.

Future hall of Famer Felix Trinidad is one of the very few Juniors to surpass his father, a middling 1970s featherweight. And only three Juniors have ever matched their dads in winning titles – onetime WBC featherweight belt-holder Guty Espadas Jr., and two fighters who will vie for belts on Saturday: former WBO super bantamweight king Wilfredo Vazquez Jr., who meets Nonito Donaire in the opening bout of HBO’s Boxing After Dark show from San Antonio, Texas, and Julio Cesar Chavez Jr., who will defend his WBC middleweight belt against Marco Antonio Rubio in the main event of the broadcast.

Of the three, Chavez Jr. has endured the toughest road, for despite amassing a long unbeaten streak like his dad and capturing a major title he still has much more to prove. That’s because his father’s accomplishments are so breathtaking. After all, the man known as “J.C. Superstar” and “El Gran Campeon Mexicano” is universally regarded as an all-time great in not one, but two weight classes (junior lightweight and junior welterweight) and is often hailed as the single greatest fighter boxing-rich Mexico has ever produced. His 90-fight unbeaten streak from the beginning of his career is the longest such run for a world-class fighter the sport has ever known. That’s a lot for a son to live up to.

The adulation Chavez Sr. enjoys today was ignited by a youthful ambition that paved the way toward history-making exploits. The following article celebrates 10 of the Mexican icon’s greatest moments based on Chavez’s level of performance, the difficulty of the task and how well he surmounted the challenges placed before him.

Given the depth and breadth of Chavez’s 25-year career, it’s difficult to boil it down to just 10. But here is one man’s best shot to encapsulate the greatness that Chavez Jr. knows about all too well.