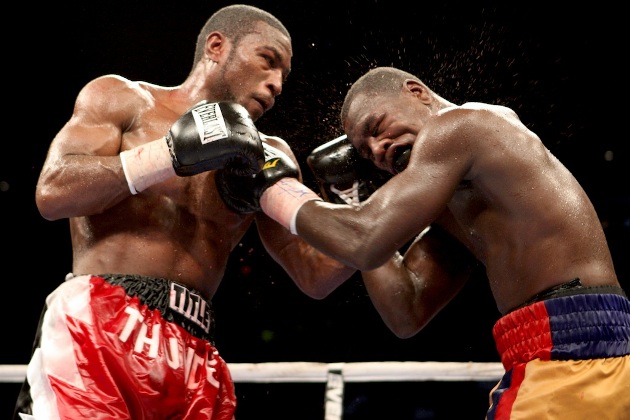 Campillo (21-3-1, 8 knockouts) has split victories with WBA beltholder Beibut Shumenov, winning a majority decision in August of 2009 before losing their return bout by controversial split-decision in January of 2010.

Campillo, who is 33, is 2-0-1, with two knockouts since falling to Shumenov, and is coming off October’s draw with Karo Murat, whom he had lost to by majority decision in September of 2008.

Cloud (23-0, 19 KOs), who turned 30 on Tuesday, was scheduled to fight on New Year’s Eve before a hand injury suffered by scheduled opponent, Zsolt Erdei, forced the cancellation of the bout.

Cloud is after his fourth defense of the crown he earned by unanimous decision over former titleholder Clinton Woods in August of 2009, and is coming off an eighth-round stoppage of Yusaf Mack in June.

Williams (40-2, 27 KOs), 30, will be ending a seven-month absence from the ring against Nobuhiro Ishida (24-6-2, 9 KOs), a 36-year-old veteran from Japan who upset James Kirkland last April with a stunning first-round KO.

Arreola (34-2, 29 KOs) is coming off November’s third-round knockout of Rafael Butler, whom he floored twice in the first round, and once more in each of the final two rounds. Arreola earned his sixth straight win and his fourth stoppage in his past five fights.