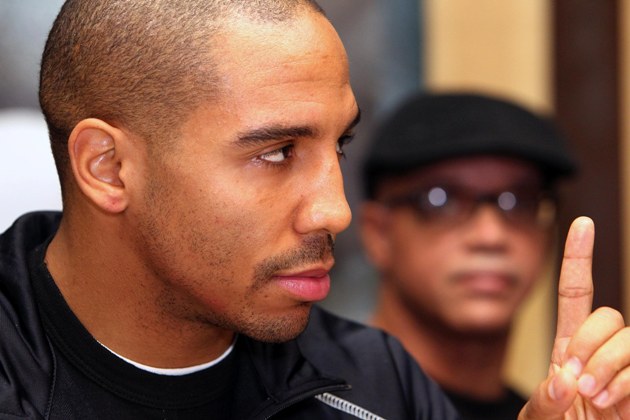 A 2004 Olympic gold medalist, Ward addressed what he believes is the notion that he is a dirty fighter, born out of the fact that accidental head butts led to his 11th-round technical decision victory over former four-time beltholder Mikkel Kessler, who later vanquished Froch by decision.

Below are some of Ward’s comments.

“It’s nothing against European fighters, but they fight a different style. Sometimes, when they fight a tough, rugged style against them, they’re ‘dirty.’ But it’s not that a fighter is dirty, it’s just that you’re not used to that.

“If you watch my fight versus Mikkel Kessler versus Froch’s fight against Kessler, it was almost like both guys, standing straight up, winging for the head, and you saw the same thing round in and round out. It was a good fight, but you saw the same thing from Round one to Round 12, so absolutely, that’s going to be a factor in this fight.”

On the notion that he’s a dirty fighter due to the accidental head butts against Kessler:


“They grab something, and they try to throw it against the wall to see if it sticks. Just like I try to bring clarity on the situation of me being a dirty fighter. We’re talking about one fight. One fight where there were some head butts. One fight. I’ve never had a point taken away for a head butt.

“There’s been one fight where you can say, ‘ah, that was intentional.’ I would say that the last head butt against Kessler, that’s the one where somebody could say that it looked intentional. But I didn’t do that intentionally. I’m a young fighter. I’m an aggressive fighter. We’re in a fight. Things happen.

“It just happened to be in that fight. But I was up on the scorecards. Why would I start to intentionally head butt somebody when we know that we have the victory in the bag?”

“If we want to judge a fighter on one fight, let’s go back and look at Froch’s fight with Andre Dirrell. See, we don’t want to talk about that. Let’s listen to Al Bernstein. Let’s listen to the commentary of Antonio Tarver and the things that they said.

“‘If Carl Froch keeps this up, they may have to take a point away from him.’ Those things weren’t said in my fight. But that was said in his fight. Carl Froch loves to rabbit punch. He loves to do certain things when he gets frustrated. But nobody will acknowledge that and look at that. So what does Froch do?

“He makes another excuse. ‘Oh, it was just because Dirrell was running and I was trying to make the fight.’ It doesn’t matter why you were doing it, sir, the point is that you did it, and they were intentional. So if we’re going to call one fighter dirty for one fight, let’s look at it for what it is.”