Kirkland targeted for Feb. 18 on HBO 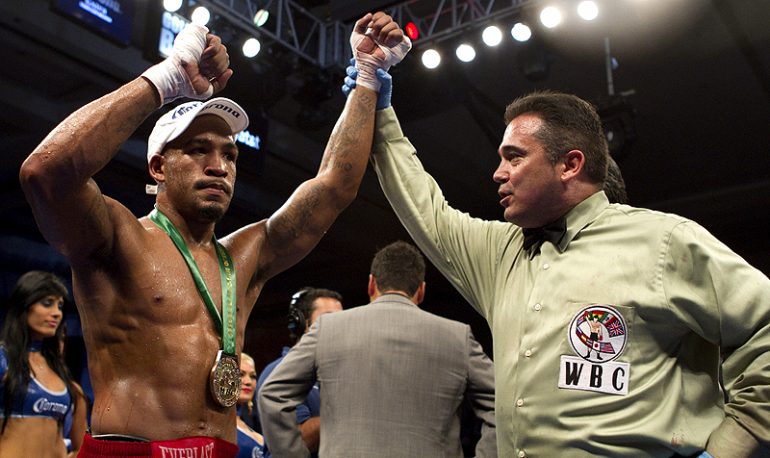 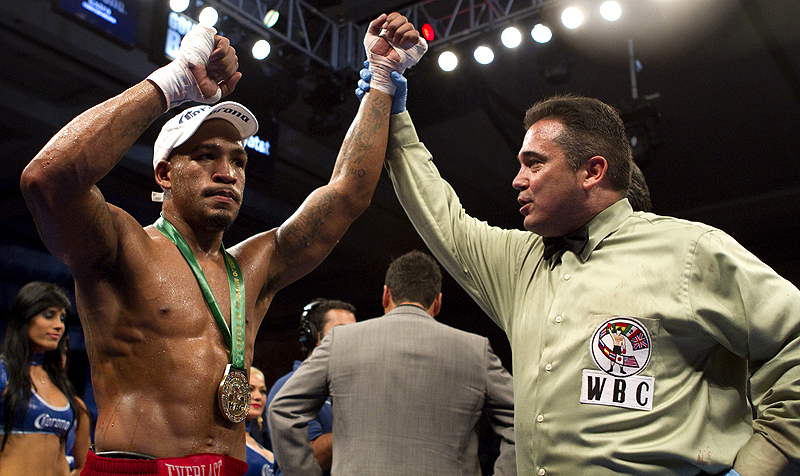 James Kirkland is looking to return to the ring on Feb. 18 on HBO, RingTV.com has learned.

The 27-year-old Kirkland (30-1, 27 KOs), THE RING’s No. 6-rated junior middleweight, is coming off an HBO-televised sixth-round knockout of Alfredo Angulo in Cancun, Mexico, on Nov. 5.

Kirkland’s victory over Angulo (20-2, 17 KOs) was accomplished just two fights removed from his lone defeat — a first-round knockout to Nobuhiro Ishida — while Angulo was known for his sledgehammer fists and was the heavy favorite to win.

Kirkland rose from a knockdown 30 seconds into the fight to floor Angulo just before the bell ending the same round, then gradually wore his opponent down for the stoppage.

Among the opponents being considered for Kirkland are IBF junior middleweight beltholder Cornelius Bundrage.

Bundrage (30-4, 18 KOs) won the IBF belt from Cory Spinks by dominating him from the start to the finish of a fifth-round knockout last August.

Promoted by Golden Boy Promotions, Kirkland was released from Bastrop Federal Prison in Bastrop, Tex., in September of last year after having pled guilty to a charge of gun possession in April of 2009.

The then-26-year-old Kirkland still was unbeaten at 25-0 with 22 knockouts when he was relocated from Austin, Texas, and paired with Las Vegas-based Kenny Adams rather than his previous trainer Ann Wolfe.

Kirkland scored consecutive first- and second-round stoppages over Ahsandi Gibbs and Jhon Berrio within 13 days of each other in March before being matched in April opposite Ishida, who entered their bout with a mark of 26-6-2 and only seven knockouts.

But after Ishida dropped Kirkland three times on the way to a shocking first-round stoppage win, Kirkland reunited with Wolfe and reeled off consecutive knockouts over Dennis Sharpe and Alexis Hloros in the first and second rounds in June and July.

That set him up for the Angulo fight.

Kirkand stops Angulo in sixth round of a thriller

Despite setbacks, Kirkland is confident going into Angulo showdown

Experts believe Angulo-Kirkland won’t last the distance, but who wins?