Beristain: Marquez would be Mexico’s No. 1 with victory over Pacquiao 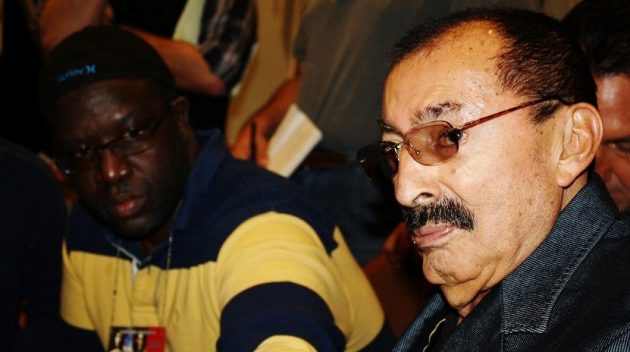 LAS VEGAS — Hall of Fame trainer Nacho Beristain remains convinced that if Juan Manuel Marquez is victorious on Saturday night against Manny Pacquiao, it will be the third time that he has vanquished a man credited with having won eight title belts over as many divisions.

The 38-year-old Marquez (53-5-1, 39 KOs) has battled through a draw and a split-decision loss to the 32-year-old Pacquiao (53-3-2, 38 KOs), who is defending his WBO welterweight belt against Marquez, holder of the WBA and WBO lightweight titles.

When they clash for the third time at the MGM Grand, Marquez will be out to seize the glory that he feels is rightfully his, as will Beristain, who will yet again match wits with Pacquiao’s five-time Trainer of the Year, Freddie Roach.

Beristain spoke to a cluster of reporters this week regarding the fight:

On the difference between Marquez over the course of the past two fights:

“We talked a lot about being more explosive, and that’s why we wanted him to be strong enough to be explosive with his punches. I think that since the last fight, Marquez has developed a more mature way of doing things.

“I think that he comes into this fight having trained more seriously and he wants to give the fans what they have paid for, and to give the best of himself. In order to do that, he’s worked harder than he’s ever worked for a fight.

“I think that technically, he’s always been a great technical fighter. But I think that his technique has improved, and he’s doing a lot of things better than even he used to. His punches are stronger.

“I think that he’s even much better at fighting southpaws, and he’s learned better how to control that contact zone. I want him to be in the right spots and he’s had to fight for it and he’s learned how to do that.”

On whether the increase in weight has affected Marquez’s speed, and the affect of adding strength coach Angel Hernandez:

“I was very concerned about that in the beginning, because we could see that he was slowing down. But over the last 15 days or so, he began to get accustomed to the weight and he began to pick things up.

“Now, I’m much more happy with where he is with the speed. ocanfpast want him to be in the right spots and he’s had to fight for it and he’s learned how to do that.

“You know, I was expecting him to get bigger, but every time he came to the gym, he did what what I wanted him to do. He got bigger and stronger and I was happy with that. The speed is coming up. It’s coming along and he’ll be fine for the fight.”